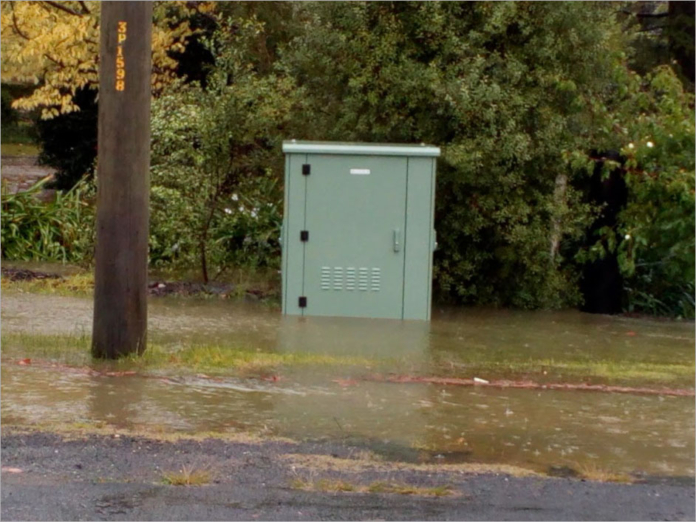 news The NBN company has confirmed that minor flooding as has been seen in Bowral this week is enough to stop its Fibre to the Node cabinets from functioning, although the nodes do feature circuit breakers to stop them leaking electricity directly into floodwaters around them.

Yesterday Delimiter revealed that heavy rain appeared to have flooded Fibre to the Node infrastructure in the rural New South Wales town of Bowral. At least one FTTN cabinet has suffered water ingress, and it is likely that others in the town are suffering from the same problem.

At the time that the photos of the situation were published yesterday, it was not known whether the flooding would stop the FTTN cabinets affected from functioning.

In addition, as the ‘nodes’ are directly powered by the main electricity grid, it was also not clear whether the nodes would be leaking dangerous electricity into the immediate floodwaters, endangering local residents.

The situation with NBN nodes and flooding is becoming a regular point of debate in Australia’s telecommunications industry.

Several weeks ago, in another example, Delimiter revealed that the NBN company had deployed a FTTN cabinet on the banks of the Tamar River in Tasmania, ignoring advice from local residents that the infrastructure would be sure to be breached by water during periods of excess rain. 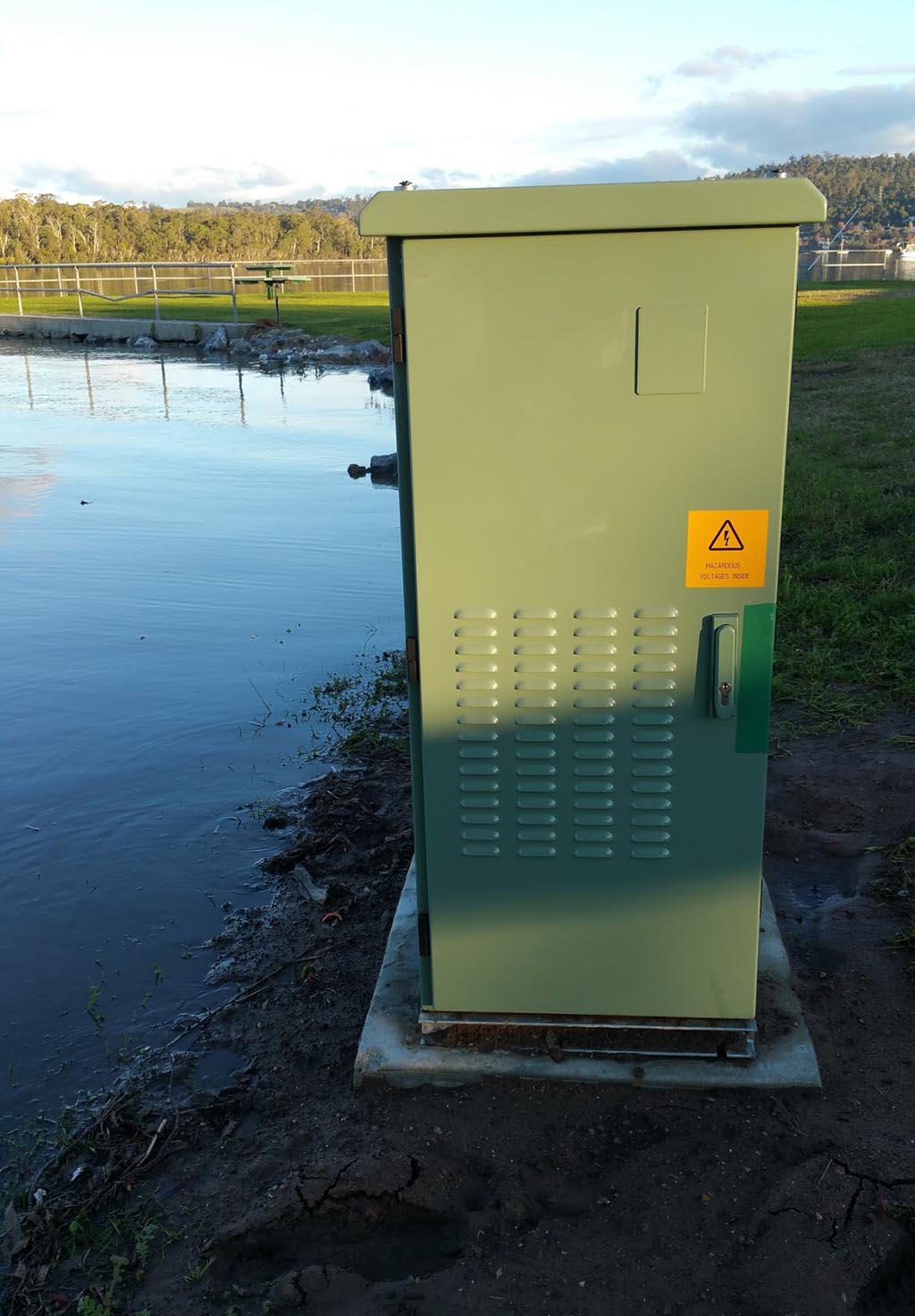 As at the time of publication, the node was embedded in wet mud just centimeters from the water of the river.

In the wake of the photos being published, Delimiter contacted the NBN company to ask what would occur in terms of the nodes’ functionality and electricity leakage in the event of flooding.

In response, a spokesperson for the NBN company confirmed that the level of flooding seen in Bowral — where the node concerned is at least several centimeters under water — would stop the node from functioning.

“The nodes will not be in operation with this level of flooding,” the spokesperson said.

Given the current level of flooding, this potentially means that much of Bowral’s telecommunications services would be offline in the event of a minor flooding situation as has been seen in the rural NSW town this week.

The resident who sent Delimiter the above photo stated that the area had received 285mm of rain in 36 hours. The situation has caused havoc with local roads. However, Bowral is known to be a relatively ‘wet’ area in the Southern Highlands of NSW and often does receive substantial rainfall.

However, there is some good news for local residents — they need not fear that they would be electrocuted by venturing close to the FTTN infrastructure.

“Water of this level triggers the circuit breakers and will result in no power,” the NBN spokesperson said.

It is not clear how the situation would be rectified when the floodwaters receded, but it appears likely that a NBN Co or contracted engineer may need to physically visit each node site to bring telecommunications services back online.

The original version of the NBN as envisioned by the previous Labor Government called for most Australian premises to be covered by a full Fibre to the Premises rollout. Most of the FTTP infrastructure being deployed by Labor is what is known as “passive” infrastructure. This infrastructure does not require electricity and can even survive being wet or completely flooded.

However, most of the replacement FTTN infrastructure being deployed under the Coalition, in particular, is “active” infrastructure. It requires an active electrical power connection. The 30,000 FTTN cabinets, or ‘nodes’ currently being deployed around Australia also come with battery backup capability within the cabinet. Such infrastructure is easily disabled by water ingress.

opinion/analysis
So you get a few centimeters of rain and then your local telecommunications services could be out for days while NBN Co sends someone out to check on the situation. Am I reading this correctly?