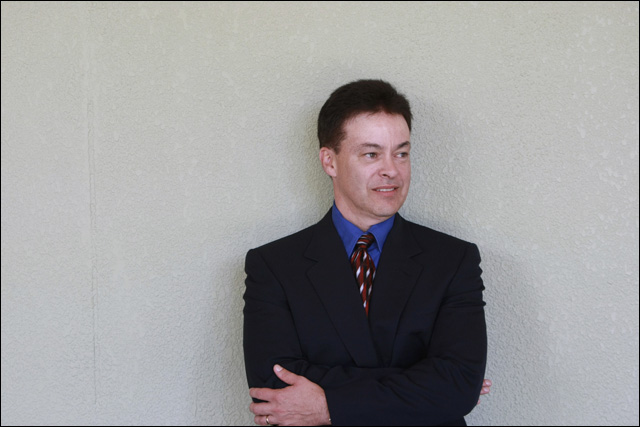 news Second-tier Australian bank and financial services group Suncorp today announced that its long-serving top technology executive Jeff Smith would leave to take up a senior role with IBM in the United States, in an announcement which marks the end of an era for the nation’s banking IT sector.

Smith joined Suncorp in March 2007 as chief information officer and held that role for the next three years, before being promoted to the role of chief executive officer of Suncorp’s Business Services division, its shared services division.

In that time, Smith has overseen a huge amount of innovation at Suncorp from an IT perspective, overseeing the technology integration of acquisitions such as insurer Promina and leading the bank’s core banking replacement project, which has recently gained a substantial amount of speed. Under Smith’s leadership, Suncorp has garnered a reputation as having one of the most innovative and flexible IT organisations in Australia, with the executive placing a heavy focus on agile software development and the individual autonomy of teams within the overarching IT organisation.

Prior to taking up the Suncorp role, Smith also held a number of other senior positions as one of Australia’s leading technologists. From 2005 through 2007 he was the chief executive of startup Majitek, while in three and a half years as Telstra’s chief technology officer he led a number of innovations, including a threatened move to open source software on the desktop which led to some nervous moments at the telco’s incumbent supplier, Microsoft.

In a statement issued this morning, Suncorp said Smith had resigned and accepted “a senior global executive role with IBM based in the United States”.

Suncorp Group Chief Executive Officer Patrick Snowball said Smith had made a significant contribution during his seven years at Suncorp and his appointment to a world-leading technology company was testament to his skill and leadership.

“Jeff’s strong and inspirational leadership qualities have ensured we have exceptional talent within Suncorp Business Services. This has allowed a smooth succession plan involving the promotion of Matt Pancino to the CEO role within our shared services function. Matt is a well-qualified executive with a proven track record. I’m delighted with his appointment,” he said.

“I’m saddened to see Jeff leave but I am pleased for him and proud that his work in helping us build a world-class shared services function at Suncorp has garnered the attention of a global technology company. I thank Jeff for his friendship and for the professionalism, drive and enthusiasm he has consistently brought to his role at Suncorp. I wish him all the very best.”

Matt has been with the Suncorp Group for four years, most recently as Chief Information Officer. Prior to joining Suncorp, he held senior executive roles in technology and operations with Telstra and Perpetual.

opinion/analysis
Wow. Truly the end of an era.

There is no doubt that there are various opinions out there about Smith and his tenure at Suncorp. Most in Australia’s banking IT sector see Smith as the kind of visionary CIO that we all wish was leading the IT department of most major organisations. You know the kind: Highly technically savvy, but also good at dealing with the business side of the organisation and able to achieve a high profile for the IT department. In addition, this kind of CIO is typically great at introducing new technologies and methodologies to their organisation — cloud computing, agile software development, mobile and social platforms, BYOD and so on. This is how I see Smith — out of all of Australia’s CIOs, I think he is one of the canniest and also one of the most visionary and effective. I really like the guy.

However, there are also other views out there. Not everyone thinks the internal culture at Suncorp’s IT department is all it’s hyped up to be, and there are definitely questions being asked about the bank’s core banking platform replacement. Not everything is roses at Suncorp, as with any major organisation.

But despite this, I think what we can all agree on is that Jeff Smith has definitely made a large mark on Australia’s technology sector, and that mark has been overwhelmingly positive. He made waves at normally staid and bureaucratic Telstra, was an early startup evangelist and has very much kept Suncorp going in the right direction in terms of his technology operation. He’s the kind of IT executive which I think anyone aspiring to be a CIO or IT manager could learn a huge amount from. And although he’s joining IBM’s US operation (I’m sure at a VERY highly paid rate), I suspect Australia hasn’t heard the last of Jeff Smith.

My message to the executive is simple: Thank you for all the vision and hard work; thanks for being a visionary leader; and good luck in all your endeavours in future. Australia’s IT industry needs more people like Jeff Smith. And that is very definitely a fact.