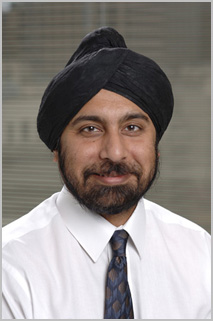 Girn is one of the most experienced and highly regarded banking IT executives in Australia, having held a variety of senior positions including the chief technology and chief information security officer roles at the Commonwealth Bank of Australia, and the CTO and group general manager of Enterprise Technology Services at Westpac.

Girn was one of the executives which then-Westpac CIO (and former CommBank CIO) Bob McKinnon brought to Westpac upon his appointment to lead the bank’s IT operations under new chief executive Gail Kelly from 2008. However, Girn left the bank in late 2011, following a reshuffle that saw fellow Westpac IT executive Clive Whincup claim the bank’s CIO role in the wake of McKinnon’s decision to step back into a more strategic role at the bank. Girn was seen by many as McKinnon’s second in charge. One of his strengths is his knowledge of IT architecture and strong technical prowess.

The CIO’s appointment was announced in a media release issued today by the Reserve Bank. “Mr Sarv Girn has been appointed to the position of Chief Information Officer of the Reserve Bank of Australia,” the bank said. “Mr Girn was selected for the role from a strong field of applicants, internal and external to the Bank. The appointment is effective from 3 September.”

“Mr Girn has most recently been an Executive Consultant to the Chief Information Officer at Qantas and has previously held strategic and transformational executive IT positions at both Westpac and the Commonwealth Bank. He holds a Bachelor of Computer Science (Hons) degree from the University of London and his career in the financial services industry in Australia, the UK and Asia spans 25 years.”

“The role of CIO within the Reserve Bank will provide strategic leadership in transforming and developing the core IT functions that support the Reserve Bank’s policy, operational and corporate objectives.” The bank had advertised for a new CIO in May this year.

The RBA is different from Australia’s major retail banks in that it does not provide services directly to consumers. Instead, as the nation’s central bank and a government organisation, its role is, in its own words, to contribute to the maintenance of price stability, full employment and the economic prosperity and welfare of the Australian people.

It is involved in setting interest rates on cash, as well as maintaining and developing the nation’s payments system and issuing Australia’s banknotes. Its customers are predominantly the Federal Government and its agencies, as well as other organisations such as overseas central banks and other institutions. It also managed the nation’s gold and foreign exchange reserves.

opinion/analysis
I find it highly fascinating that Sarv Girn has joined the Reserve Bank as its chief information officer, and I suspect that the executive’s role will not be confined to merely keeping the bank’s IT systems humming. Girn is one of the brightest sparks in Australia’s IT banking scene and a bit of a deep thinker. I would not be surprised to see him start to take a more important role in the broader debate over the future of Australia’s payments industry, as the entire sector moves towards faster, more real-time payments and mobile payments.

To my mind, this role is an ideal one for Girn and I am sure he will be very happy to have obtained it. As he did at Westpac, I am sure it will offer him significant opportunities to have a deep influence on a variety of matters of his interest behind the scenes.