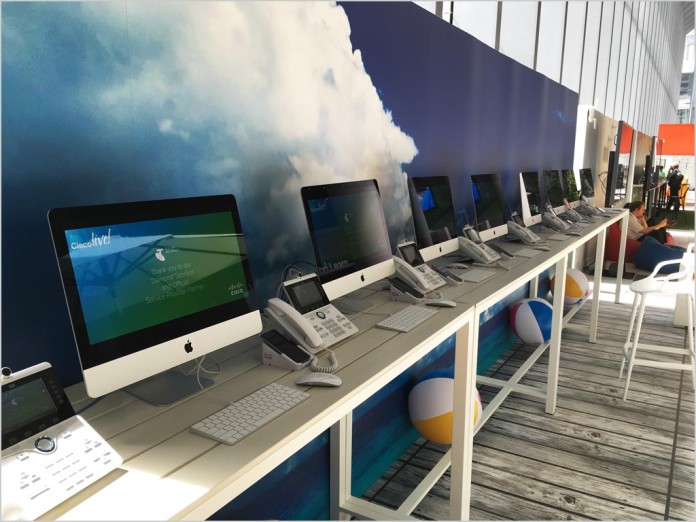 blog Walking around Cisco Live in Melbourne over the past several days, it is quite hard to escape the fact that Cisco appears a little more … obsessed with Apple iMacs and MacBooks than one would expect. While there are Windows machines to be found, almost all of the machines used at the conference by attendees for various tasks such as registering, participating in Cisco’s certification program or even just casually web browsing are Apple units.

It also appears that a large percentage of attendees were also carrying MacBooks of one variety or another. I’m no exception … I’m working this week on a MacBook Air.

All of this surprised me; usually more technical people in the form of IT professionals tend to use Windows, and I would expect it to be the same inside a major vendor such as Cisco. Then too, it’s usually easier to manage vast fleets of Windows devices than Apple gear — Apple’s Macs have historically been more aimed at individuals than at mass rollouts for corporations, with Windows normally winning the manageability crown.

But it may be the case that the worm has turned recently in terms of how major corporations view Apple, or that Cisco just believes Apple devices are seen as more ‘premium’, and thus better suited to display its technical credentials as a major vendor at its annual conference.

In any case, the mass Apple display was a little surprising to me, and I’m sure others. It would be interesting to know why Cupertino got the nod here.