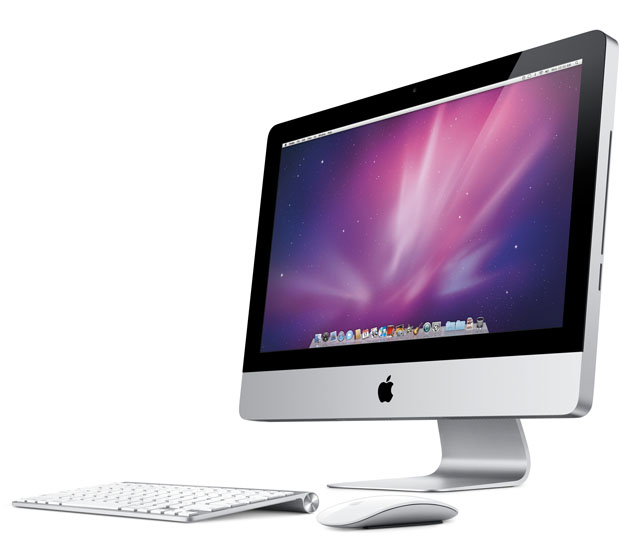 The new iMac family — shipping now in Australia — now includes options for Intel Core i3, i5 and i7 CPUs, as well as more discrete graphics card options based on ATI’s Radeon family and various other additions. All prices quoted in this article are in Australian dollars and include GST.

“Configure-to-order options” are available for the 3.6GHz Core i5 and 2.93GHz and Quad-Core Intel Core i7 iMac models — these can include up to 16 GB of RAM, a 2TB hard drive and a 256GB sold state drive. All models on the new iMac line feature ATI Radeon graphic cards and 1333 MHz memory. The option to purchase a 256GB solid state drive as a primary or secondary drive is available for consumers who purchase an iMac with a 27 inch screen.

Extensive details of the upgraded specs — which apply globally — are available from Engadget.

The new multi-touch Magic trackpad announced today — which is similar to trackpads found in Apple’s MacBook Pro line, but larger — is available for an extra cost for $99 and is available now in Australia.

Apple also upgraded its Mac Pro high-end professional desktop overnight, featuring new quad-core and 6-core Intel Xeon processors, new graphics cards and the option for up to four 512GB SSD drives to be included. The new models will be available in August.

Finally, overnight Apple unveiled a new 27″ display with a number of improved features such as the ability to automatically adjust display brightness based on light conditions in the room. “The new LED Cinema Display will be available in September through the Apple Store, Apple’s retail stores and Apple Authorised Resellers,” said Apple in its statement. “International pricing will be made available at time of launch.”