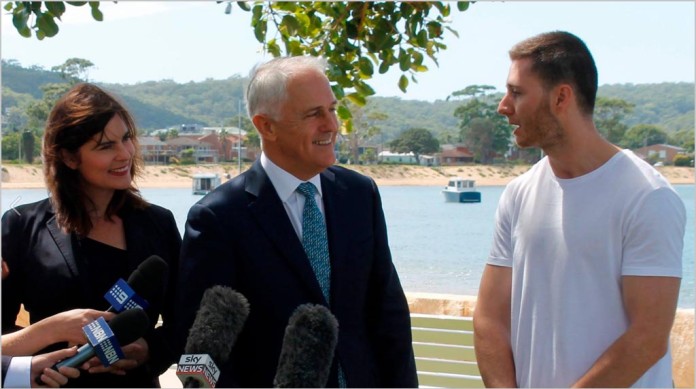 news The NBN company has taken minor steps to support two Coalition MPs this week in promoting their work bringing broadband to their local areas, in moves that call into question the company’s independence in the pre-election period before the national poll expected to be held later this year.

The NBN company regularly issues discrete statements alerting local communities that it is deploying NBN infrastructure in certain areas. For example, over the past several months it has issued media releases about Rocherlea in Tasmania, Rockhampton in Queensland, Armidale in New South Wales, among other areas.

In previous media releases, the NBN company has usually quoted only its own executives when informing local communities about its activities.

However, in a media release yesterday, the NBN company included a quote from Nationals MP John Cobb in its media release announcing the official start of construction on nearly 18,000 premises in the area of Orange. Cobb is the Member for Calare, which includes a number of regional NSW centres, including Orange.

“This is terrific news for the region, with work in surrounding centres like Bathurst also expected to start later this year,” said Cobb in the NBN media release.

“Bridging the digital divide in Australia is vital for regional centres like Orange. You shouldn’t have to live in Sydney or Melbourne to compete on a local, national or global stage, the NBN allows people to do just that.”

The NBN company also included a quote from Lendlease, which is the NBN construction contractor in the area. “Lendlease is committed to creating local jobs whenever possible, and we recently held a recruitment roadshow at a local shopping centre in Orange,” the company said.

Cobb has announced that he will not personally contest the upcoming election, but the preselection contest for his seat of Calare has begun.

The NBN company also sent representatives to an event in Woy Woy yesterday at which Prime Minister Malcolm Turnbull and local Member for Robertson, Lucy Wicks, spruiked the success of the Coalition’s preferred Fibre to the Node rollout model in the region.

“There are representatives from the NBN Co here,” said Turnbull at one point, when asked by journalists about issues with the Coalition’s FTTN rollout in the region. Although the date of the Federal Election has not been set, local media interpreted the event as part of Wicks’ campaign to be re-elected.

The situation mirrors similar efforts undertaken by the NBN company during the 2013 Federal Election campaign.

At the time, the NBN company held a series of launch events around Australia where it announced it had switched on fibre broadband to local areas. The events featured a great deal of pomp and ceremony, including giant buttons pushed to indicate the switching on of broadband connections in the area.

Media at these launch events frequently quoted Labor politicians, rather than NBN company executives, when discussing the local NBN rollouts.

The events were primarily attended by Labor MPs from the Government at the time, although the NBN company did also invite representatives from the Opposition to attend.

The Conventions stipulate that agencies should take a number of steps to avoid advantaging any one side of politics during an election period, such as distributing material which promotes the Government’s policies or using their resources to support any one side. Public servants are also directed to decline invitations to speak at events that may be interpreted as political.

“Officials should avoid publicly explaining or promoting policies during the caretaker period,” the Caretaker Conventions state.

opinion/analysis
I want to note a few things here.

Firstly, the next election has not yet been called, and we are not in the election period. So currently, the Caretaker Conventions do not apply, and the NBN company is completely free to spruik the policies of the Government of the day (which it is doing with wholehearted enthusiasm, in the case of some of its public spokespeople).

Secondly, I don’t think what the NBN company has done here, with Cobb and Wicks, really steps over the line of inappropriate behaviour.

It is unseemly for the NBN company to quote local MPs in its own media releases, but it’s not against public sector rules. And, of course, if the Prime Minister requests NBN assistance with a launch event in Woy Woy, the NBN company cannot precisely say “no” to such a request.

However, I would also note that these are examples where the NBN company is approaching the line of inappropriate behaviour.

Would the political opponents of Cobb and Wicks — candidates who are actively engaged in campaigning to win their seats — be angered and frustrated to see the NBN company’s resources used to support these incumbent Coalition MPs? Of course they would.

In this vein, I would caution the NBN company to be very careful with how it engages with politics and MPs during this pre-election period. We may yet see a change of Government in a few months … and it would be very inappropriate for the NBN company to be seen to be openly supporting one side. I, and others, will be watching carefully to see how the NBN company conducts itself.

As I highlighted above, the NBN company has form in this regard. The constant stream of NBN launch events held in 2013 and featuring Labor politicians were very much over the line in terms of inappropriate behaviour, as I wrote at the time. One hopes a more mature NBN company will not make the same mistake this time around.

As I wrote about the NBN company’s previous support for the Labor Party in 2013:

“… the company also needs to realise that is beholden to the Government of the day. And, if it is to have any respect as a government business enterprise in future, it needs to learn the lesson which countless departments, agencies and GBEs have learnt before it — it needs to stay completely independent from the political process during election periods. The alternative is that it it will be seen as having no independence at all.”