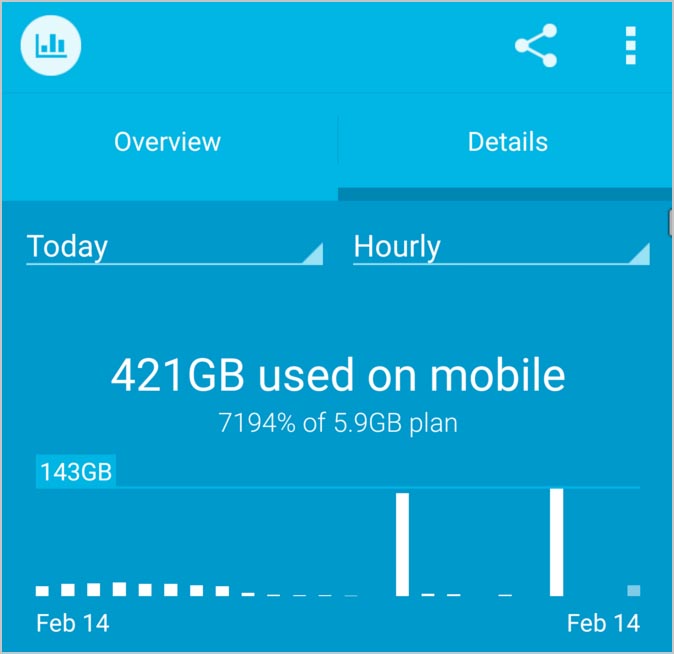 news A single individual Australian appears to have taken advantage of Telstra’s ‘free mobile data’ day on Sunday to download a total of 421GB on the telco’s mobile network, in a move that may prove costly for the big telco if it was replicated around Australia.

Yesterday (Sunday), Telstra offered free mobile data to its customers nationally for 24 hours, in an attempt to make recompense for an outage in its national mobile network last week that knocked voice and data services offline for a protracted period.

In a blog post on the telco’s Exchange site today, Telstra group managing director of Networks, Mike Wright, noted that Telstra’s mobile network had its “busiest day ever yesterday” due to the free data allowance.

“As soon as midnight ticked over we saw traffic jump up,” said Wright. “It reached weekday peak traffic levels by 8am and climbed rapidly from there.”

“Over the course of the day we had twice as much traffic as we would normally see on a Sunday (or any day). As we anticipated, the high demand meant some customers had slower than normal data speeds on 4G services, but overall the network performed as designed.”

Wright said that by midnight on Sunday night, Telstra customers had downloaded about 1,841 terabytes of data — the equivalent of about 2.3 million mobies, 5.1 million episodes of a TV show like Game of Thrones, 23 million downloads of a new music album, or about 1.4 billion downloads of an electronic book.

“We hope it helps make up for some of the inconvenience we caused,” said Wright.

However, not all Telstra customers proved equal when it came to the downloads which they used yesterday.

Redditor ‘DrRodneyMckay’ posted a screenshot of his LG G4 Android mobile phone, which stated that yesterday he had downloaded a sum total of 421GB on the free data day. The speed at which the user downloaded the data ranged from about 130Mbps to about 168Mbps — significantly faster than the speeds available over most fixed broadband connections.

On Reddit, the Telstra customer stated that they downloaded all 25 seasons of the ‘How It’s Made’ documentary series, as well as a a “few other random TV show seasons” and their whole video game library on the Steam platform. Normally the fastest the user is able to achieve is 1.5Mbps over their home ADSL connection.

“I bet their data network engineers have wanted a real load test like this for ages,” they wrote. “Now they will have pinpointed a lot of the bottlenecks in their mobile data network, hopefully.”

opinion/analysis
Holy cow … that is a huge amount of data. I can’t help but think that Telstra must have taken a substantial financial hit from this episode, both due to the sheer cost of servicing Australians (notorious downloaders of overseas content) yesterday, but also through the many problems resulting from its outage earlier in the week.

The cost of servicing ‘DrRodneyMckay’ alone yesterday would have far exceeded the value Telstra would get from the user’s mobile contract, in my estimation.

I suspect that ‘DrRodneyMckay’ is right: It looks like Telstra has at least partially used this opportunity to undertake a giant stress test of its network, in order to identify bottlenecks and other issues.

421GB in a day over a mobile network and a single mobile phone … that is a lot. How far we have come in Australia over the past decade in terms of mobile connectivity. It wasn’t too long ago that this kind of mobile performance would have been viewed as just impossible.