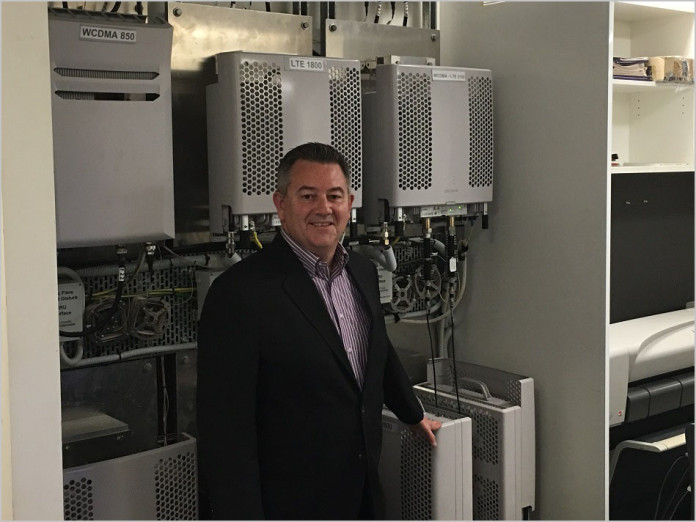 The firm’s group managing director of Networks, Mike Wright (pictured), said it achieved the 1Gbps speed capability, with collaboration from Ericsson, by “aggregating together 100MHz of Telstra’s spectrum holdings across five separate 4G channels integrated on our commercial end-to-end network”.

In a statement, Wright argued that, while a widely accepted view had previously been that 4G should achieve peak speeds in the range of 1Gbps, “in the end the global consensus was that the term 4G could be applied to any LTE (Long Term Evolution) technology regardless of peak speed capability”. Following its successful test, the firm suggested LTE technology is finally “moving beyond the 4G barrier”.

Wright said: “Our end to end tests have been achieving amazing download speeds of over 950Mbps using a specialised speed test application, so perhaps we can now say LTE has delivered on that original vision of 4G and we can now justifiably look beyond the term ‘4G’ to what comes next. Just as importantly we have also been able to hit speeds of over 843Mbps end to end over the Internet to the speedtest.net site.”

Wright indicated that the demonstration of 1Gbps end-to-end capability showed Telstra’s ability to “rapidly bring [it] into commercial service in order to deliver increased capacity in our network to meet the growing demand”.

Aside from consumer services, Wright said Telstra was preparing its networks for growth in business use, as well as emerging technologies, “which rely on our ability to deliver high capacity and low-latency solutions”.

Currently, Telstra customers can access speeds on devices capable of “up to 450Mbps on compatible handsets” and 600Mbps via mobile hotspots in “selected 4GX coverage areas”. While Wright acknowledged Telstra still has some work to do, it predicted “the days of commercial 1Gbps services in the market are coming”.