news The Australian Information Industry Association (AIIA) has announced that Rob Fitzpatrick – previously a director at Data61 and a long-term corporate executive and consultant – is to take over as its new CEO.

Effective 1st February, Fitzpatrick will take over from Suzanne Campbell, who has led the association for over four years.

Fitzpatrick was most recently Director, Infrastructure, Transport & Logistics at National ICT Australia (NICTA), now known as Data61, and where he led the commercialisation of information and communications technology research for Australian industries. 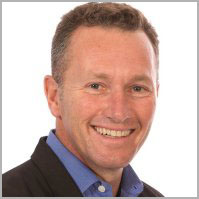 Prior to Data61, Fitzpatrick was part of the leadership team of ShopFast.com.au, an Australia online grocery business and spent eight years with global strategic consultancy, McKinsey & Company.

He further holds non-executive director roles with Meat and Livestock Australia (MLA), Australia’s Academic and Research Network (AARNet), is a member of the Council of Charles Sturt University. Until recently, he was also a Director of Intelligent Transport Systems, Australia.

The AIIA said it worked with global executive headhunters Russell Reynolds Associates in its six-month search for an executive with relevant experience in technology and government, leadership skills and an “entrepreneurial mindset”.

“It was Mr. Fitzpatrick’s unique combination of national and international technology experience across a 20-year period along with his track record working with member-based organisations that makes him the ideal candidate to lead the AIIA into the future,” said Kee Wong, Chairman of the AIIA board.

“Under Rob’s leadership, the AIIA will grow more significant locally, be more engaged globally, and grow in membership to include the entire technology ecosystem,” Wong added.

Fitzpatrick commented that it is an exciting time to represent those in the digital economy.

He said: “[T]he challenge and opportunity of disruption is now an issue for all businesses in Australia. I’m excited to take on this pivotal role. Our members are the digital leaders helping Australian businesses embrace disruption to take advantage of the digital economy.”

Suzanne Campbell said: “I have been proud to lead the AIIA over the past four and half years as Australia navigated its path to a new economy based on innovation and technology. The AIIA is a vitally important association as our members are helping Australia embrace its digital leadership capabilities, both locally and internationally.

The AIIA said Campbell had built a strong team that has raised the association’s profile with state and federal government, “positively impacted” policy issues relevant to its sector and articulated the voice of members.

The AIIA is a not-for-profit representative body and advocacy group for those in the digital ecosystem.