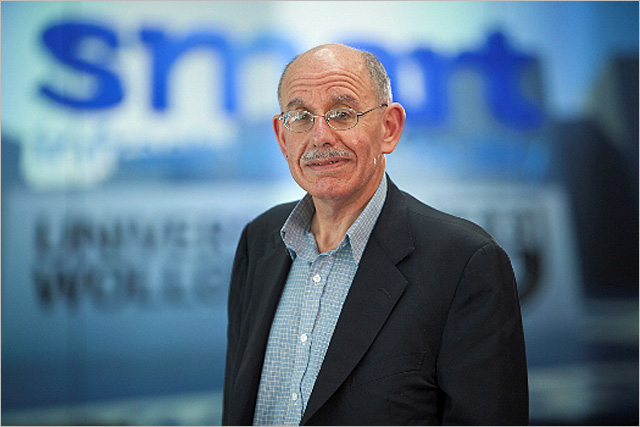 news One of the most strident critics of Labor’s original National Broadband Network policy and open Liberal Party supporter Henry Ergas has received one of the highest honours in this year’s Australia Day awards, and will now become an Officer of the Order of Australia (AO).

In the Governor-General’s announcement documents relating to this year’s Australia Day honours, Ergas is listed as becoming an Officer in the General Division of the Order of Australia, for what is described as “distinguished service to infrastructure economics, and to higher education, to public policy development and review, and as a supporter of emerging artists”.

The document pertaining to Ergas notes that he has served as the Inaugural Professor of Infrastructure Economics at the SMART Research Centre at the University of Wollongong, since 2009.

Ergas also served as the Senior Economic Adviser at Deloitte Access Economics from 2009 to 2014.

Ergas has also been a key figure in a number of review panels, such as the Vertigan Expert Panel on the National Broadband Network Review in 2013, the Defence Industry Policy Review conducted by the Defence Materiel Organisation in 2006 and the Prime Minister’s Task Force on Export Infrastructure in 2005.

Ergas was the chair of the Intellectual Property and Competition Review Committee of the Department of the Attorney General from 1999-2000, as well as being a member of the Advisory Panel on Telecommunications Reform to the Minister for Communications and the Arts in 1997.

The economist was the chairman of Concept Economics from 2008-2009, as well as the Vice-President and Regional Head, Asia Pacific of CRA International from 2004-2007.

Ergas was also the Managing Director of Network Economics Consulting Group (NEGG) Australia from 1996-2004; Counsellor for Structural Policy at the Economics Department of the Organisation for Economic Cooperation and Development (OECD), France, 1991-1993 and Head, Secretary-General’s Task Force on Structural Adjustment, 1978-1987; and the Founding Head of the Information and Communication Technology Studies Centre at Monash University from 1987-1991.

Ergas has also been a major philanthopist, with his roles including:

However, Australia’s technology community will remember Ergas best as a direct supporter of the Liberal Party as well as a critic of Labor’s near-universal Fibre to the Premises policy.

The Sydney Morning Herald has reported that Ergas had handed out how to vote cards for the Liberal Party at the 2013 Federal Election, supporting Liberal Senate candidate for the ACT Zed Seselja, who was successful in his bid to be elected.

In addition, Ergas has long been one of the most strident critics of Labor’s previous NBN policy. In an article published in The Australian newspaper in late October 2013, for example, Ergas stated that “the greatest disasters” in government bore “Labor’s mark”. In the article, Ergas compared the NBN to the problematic Collins-class submarine project, and questioned many of the bases for its existence.

Ergas has published a succession of such articles over several years. For example, in May 2010 he published a strident critique of the NBN implementation study through industry newsletter Communications Day, writing: “… the Study, with a degree of British understatement, rightly notes that the model the government has chosen – a public monopoly, extending, at least for the first dozen years, to the active service – “departs from the collective experience in most other markets” … Given the very high costs this project involves, and the fact those costs and risks must, on the Study’s own numbers, fall largely on taxpayers, a visitor from Mars might well wonder quite what we are doing.”

In a submission to the NBN Senate Select Committee in October 2009, Ergas argued that the costs of building the NBN exceeded its benefits by somewhere between $14 billion and $20 billion. The economist also publishes regular columns and a blog for The Australian newspaper, which has been highly critical of the NBN policy over a sustained period.