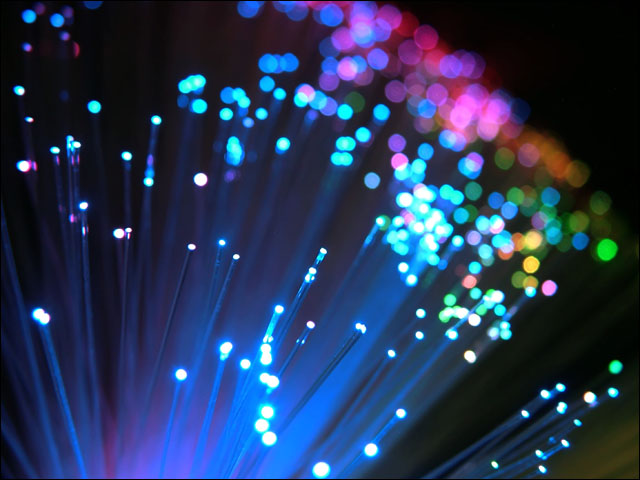 The following post is by Sean Kaye, a senior Australian IT executive. It first appeared on his personal blog, Sean on IT, and is re-published here with his permission. Kaye also blogs at Startups Down Under.

opinion As someone who is very pro-technology and likes to be on the cutting edge, I find myself staring at many of my colleagues and acquaintances in the industry with disbelief when the topic of the National Broadband Network comes up. People I know (and some who just email or tweet me) ask if I’ve bumped my head and forgotten what I do for a living. It even has had me re-thinking my views, but ultimately I keep coming to the same place.

Here’s what I think …

First of all, $43 billion is a ridiculous sum of money to spend on anything. It is even crazier when the country finds itself coming off a $22 billion surplus and staring down the barrel of $100 billion of debt. I don’t think this is at all right now about need, but is entirely about our ability to cover the cost of such a thing.

Our Federal Government, no matter who wins the upcoming election, is going to be spending about $5 billion — $6 billion per year just servicing that $100 billion debt — on the $30 billion of debt on the NBN, you’d be looking at close to $2 billion of servicing costs per year alone!

Why not get back into surplus, in 2012 and revisit this whole situation then? If the US economy fully recovers, Europe looks stable and forecasts for the Australian economy look good and project us paying off that massive debt, then awesome, let’s come up with a plan and build a world class network.

The next problem I have is around the actual execution. Does anyone think that having this big capital works program run by a guy with a hardware vendor background and some consultants is a good idea? Not only that, it seems like they are doing it on the fly. If we’re going to spend all this money, couldn’t we at least see a coherent plan of what’s going to be built BEFORE they start awarding contracts.

This is the exact same mess Labor created with the Insulation Program and the Building the Education Revolution — lots of spend, very poor controls, not enough safeguards and very poor oversight. I’m not a fan of the NSW Labor Government (they don’t have many fans) but thumbs up to Premier Keneally for spending a bit more money on project management and diligent execution — my kid’s school is getting six new classrooms, on time and presumably in construction (of which I know a bit about) that probably means on budget.

When I hear NBN Co talking about satellites and all kinds of other unplanned crazy, this things starts smelling like many IT projects — $42 billion will quickly become $50 billion and so on.

I have an issue with the necessity as well. Many of my colleagues and friends in IT are running around crazily screaming that 100Mbps isn’t enough for people — we need 10Gbps.

Huh? That’s just stupid. Right now, most people are operating on their home internet connection at under 2Mbps and some have gone up to 8Mbps with ADSL2. Take-up on ASDL2 hasn’t been 100 percent — many people have chosen to remain happily on lower speeds. I’ve had Telstra Cable and used to routinely get 15Mbps or more and I’m about as much of a power user as you’re going to find and that was good enough for me. Right now and I’d venture a guess and say for the next 10 years, 100Mbps is going to be more than enough to meet the needs of the average person.

Capacity is my other issue. I don’t have figures to back me up, so I’m openly winging this bit — let’s call it an educated guess. My understanding is that a significant majority of traffic consumed by Australians comes from overseas and presumably like most other countries, the US would be a big part of that. The NBN plan does nothing to increase the capacity between the US and Australia — so aren’t you just building a giant fat pipe to try and suck a pea through a straw? As I’ve said on Twitter, if the NBN included a fibre run to Guam/Hawaii and onto the US, then I’d be more excited. This would go a long way towards getting rid of usage-based rates for internet connectivity and provide a more, “all you can eat” style.

I also don’t fully understand the use cases for all this bandwidth. One of the first things you hear talked about is remote communities getting better medical care. Ok, maybe we’ll be able to move high-res x-rays and MRI results around, but I think you’d have a better chance of finding a unicorn than finding a doctor willing to remotely diagnose a patient over a high speed internet connection. Insurance companies will step in and crack down — I mean we struggle to keep obstetricians from leaving the industry because of malpractice, imagine what this would create?!?

The other big use case is improved education. Again, I don’t understand this. The technology exists today to record lectures, stream them live or have them up for download and with the use of stuff like Skype, people can participate remotely. What are we talking about here, better resolution? Come on!

The final use case myth is around the magical undiscovered future technology that is going to require bigger bandwidth or we’ll all move back into caves and be forced to live like Bear Grylls. That is Future FUD (fear, uncertainty and doubt) — nothing more, nothing less. People who want this to go through use the fear of “falling behind” as a passive aggressive sales technique.

The FUD runs so deep that you can’t say things like, “I can’t think of anything that could cause that disruption” because the FUDsters jump in and say, “Of course not, it hasn’t been invented yet, that’s why you should plan for it.” Sorry, I don’t go in for that kind of thing. When we get to that Minority Report-style, 3D holographic future, then we’ll surely have seen it coming via a small series of increasing evolutions and we should then react accordingly, but technology normally doesn’t have such abnormal disruptiveness — technology is an ecosystem of continual progress, standing on the shoulders of giants.

My last issue is with the evolution of technology. Right now the Net Neutrality debate is raging in the US. One ugly aspect of where the discussion is headed is wireless falling outside the scope of Net Neutrality agreements. This is simply because the carriers know that the best way to solve the last mile issue is with better wireless technology and that’s where the R&D is going.

Digging up trenches and running fibre across telephone poles is a 20th Century method of solving a 21st Century issue. Then you have the same “technologists” who say we need all of this fibre to protect from “future unknown technology” while also saying that wireless and copper technology won’t evolve — you can’t have it both ways, you can’t KNOW what the limits of copper or wireless are while saying some undiscovered tech will come along and obliterate our bandwidth.

Overall, the best part about my position is, if I’m wrong, we wait a little and then the country just needs to get on with building it. However, if Labor are wrong and spend $43 billion on this network and it is under used and becomes a great big white elephant for the next 15 years, then what? You can’t get that money back again.