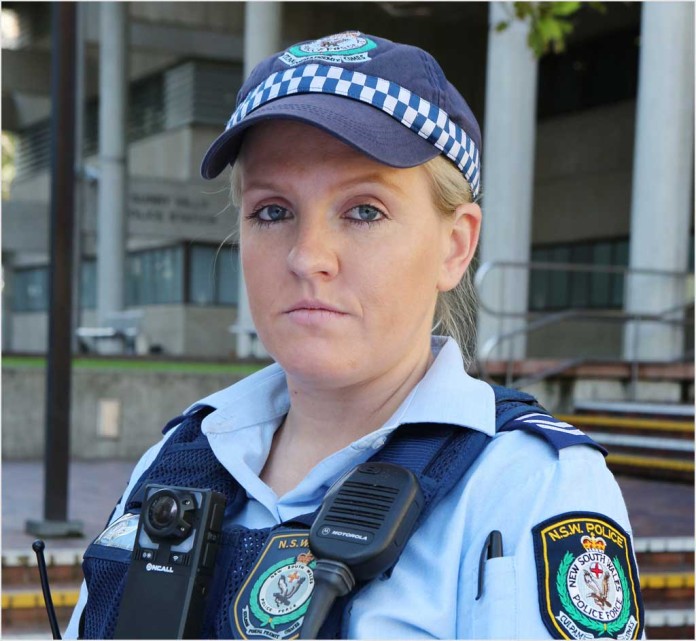 news The NSW Police Force last week revealed it would start deploying an on-body camera solution from Japanese vendor Fujitsu to frontline police, as part of a global trend which is seeing the technology increasingly adopted by law enforcement authorities around the world.

In a statement, Fujitsu said it had signed a contract with the NSW Police Force to deploy a solution which had been customised for the needs of the organisation, partnering with Australian mobile video streaming technology m-View Live Video on the deal.

The solution will allow NSW police to record incidents where video and audio evidence would support an investigation. The cameras do not record all the time; they are activated for use in operational policing activities, or where recording was deemed in the public interest. A red light flashes while the camera is recording, and where practical, police will advise those in the area that they are recording. They can additionall stream video live back to base command units.

The [body worn video or BMV] footage is encrypted and securely stored on the camera. When the camera is downloaded, all footage on the camera is wiped once it has been transferred to the secure police database. The BWV camera also has the capacity to take still photographs, record audio only and can operate in low-light situations.

For added security, the BWV solution will incorporate biometric authentication in the form of Fujitsu’s PalmSecure palm vein reader. This will make it easy for officers to check-in their equipment at the end of each shift with the assurance that the evidence gathered is aligned to the correct source. Fujitsu will assist police in deploying and maintaining the highly innovative solution.

NSW Police Force Commissioner Andrew Scipione said in a statement that the solution would provide a fully accountable record of interactions between police and the community.

“Our officers have millions of interactions with the community every year, and BWV will provide a record of the actions of both the officer and individuals they are engaged with,” the Commissioner said. “The vision will essentially be used for evidence gathering to support prosecutions, but it will also allow police to analyse interactions, improve practices and support officer training and education.

“Local and international trials have noted other positive benefits of BWV, including lower incidence and escalation of violence, reduced officer injuries, reduced time spent on paperwork and increased time on patrol; enhanced brief of evidence preparation, and improved behaviour of both police and the public.”

“BWV will hold everyone to account for their actions, including police. A picture is worth a thousand words, and if you’re recorded doing the wrong thing – no matter who you are – the evidence will be tough to dispute,” Scipione added.

NSW Police Force completed a successful trial of BWV camera technology in 2013 and 2014, proving the viability of the concept to support frontline police. In May 2014, the NSW Government announced a financial contribution toward the rollout and assisted in an amendment to legislation allowing police to record in public places and private dwellings in the lawful execution of their duties.

Deputy Premier Grant said the NSW Government is proud to continue to support police and help give frontline officers the cutting edge technology they need to protect the community.

“The NSW Government has committed $4million over two years to the rollout of BWV cameras to frontline police,” Grant said. “Body-worn video cameras have been hugely successful for police during trials and provide added protection for the community and police officers responding to crime.”

“We want the community to be aware that over time, most police officers will be using these cameras to record interactions with the public and gather evidence – much like they would a notebook “Body-worn video cameras could also assist in domestic violence cases where victims may be vulnerable and reluctant to give evidence.”

Mike Foster, Chief Executive Officer of Fujitsu Australia and New Zealand, said: “We know the Body Worn Video solution will have clear benefits for the NSW Police Force in the collection of evidentiary data. Fujitsu has worked on various projects with NSW Police for over a decade and this relationship, along with our experience supporting other police services nationally, has helped us design the answer to their unique needs. We are confident this solution will reduce administrative overheads and provide a mechanism for gathering more reliable evidence.”

Further information about the solution is available online from the website of the NSW Police Force.

opinion/analysis
I have to say, I think this is a fantastic solution. The experience of these devices overseas has so far shown that they have the potential to both improve the way that police behave in public (because they know they are being recorded), as well as improving the way that civilians involved in a law enforcement situation behave (because they know they are also being recorded). And, of course, it also improves evidence collection.

I’d like to see this kind of thing deployed around Australia. I far prefer this kind of ‘point’ solution to the vast technological surveillance which CCTV camera networks represent, for example. It will only need to operate in active situations where it is needed.