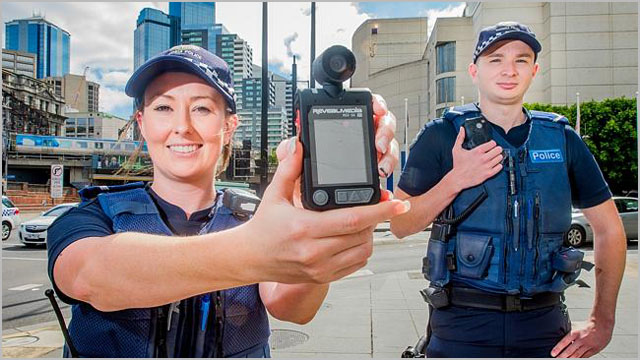 news US-based body camera vendor Reveal Media has announced that the New South Wales police force is trialling use of its body cameras, in a move that will likely have transparency and accountability benefits for both ordinary Australians and officers.

The vendor issued a statement earlier this week about the trial, noting that NSW Police may seek to roll out “thousands” of its RS3-SX cameras, which are designed to be worn in police officers’ jacket pockets. According to the vendor, the move by NSW Police demonstrates the belief that police forces around the world have in the camera technology, and how it is becoming “a standard tool in 21st century policing”.

In Reveal’s statement, Police Minister Stuart Ayres said that the body cameras used on the front line would provide a greater transparency about incidents involving the public, whilst also providing high-quality evidence to be used in court. “The video devices make a significant contribution to fighting crime, it also allows police officers to record actions that they’ve been involved in,” Ayres said. “We found that video on police makes a big difference to the behaviour of people interacting with police so it’s a very positive step forward.”

The Police Minister also highlighted how the body cameras will be able to help the police from an educational stand point, by providing footage to review in training.

“The more we have the body-worn video, it’ll allow us to evaluate critical incidents as well, so police officers will know there’ll be a record of that,” he said. “It’s important for their own training and own feedback, but it’s also important to know that people who are interacting with police have the potential to be videoed as well.”

Police Assistant Commissioner for NSW, Alan Clarke, was also enthusiastic about the benefits of body worn video. He emphasised how footage taken from cameras would benefit the police when giving evidence in court. Another important benefit mentioned was the deterring nature of the body cameras, since offenders will be aware their actions are being filmed.

“Something which seems quite insignificant at the time can escalate in a matter of seconds.” Clarke said. “This is when the camera is most beneficial to officers. A picture is worth a thousand words and with these devices if you play up, there’s a good chance you’ll be able to watch your video replay in court.”

“The devices also had a positive impact on behaviour. We found once someone was aware they were being recorded, their behaviour changed — in some cases, it helped defuse aggressive situations.”

Reveal’s body cameras all have front-facing screens designed to enhance the deterring nature of the technology. When offenders are not only aware they are being filmed, but can also see themselves on a screen, it has been found they are more likely to alter their behaviour.

Worn cameras such as NSW Police is trialling are already popular in many jurisdictions in the US, where they have proven popular with police. In addition, civil rights organisations have pointed out that the fact that police officers are forced to use the cameras in certain situations means they themselves are less likely to behave outside the law, as officers are aware that everyone in the situation concerned — themselves included — is being recorded.

However, the use of the cameras is not all good news. Some groups, such as the American Civil Liberties Union, have published guidelines that they recommend police follow when using the cameras, to ensure their correct use and that the new technology does not unnecessarily violate Americans’ privacy.

It appears from the website of Defence Systems Australia — which appears to be a local distributor of the Reveal Media cameras — that Victoria Police is also trialling the technology.

opinion/analysis
Broadly, I am in favour of this style of camera. It stops police from misbehaving and also provides iron-clad court evidence that can be used by law enforcement authorities about crimes. However, as with any new technology, there needs to be guidelines put in place to ensure the cameras are not abused. I hope that NSW Police is considering all aspects of this trial.