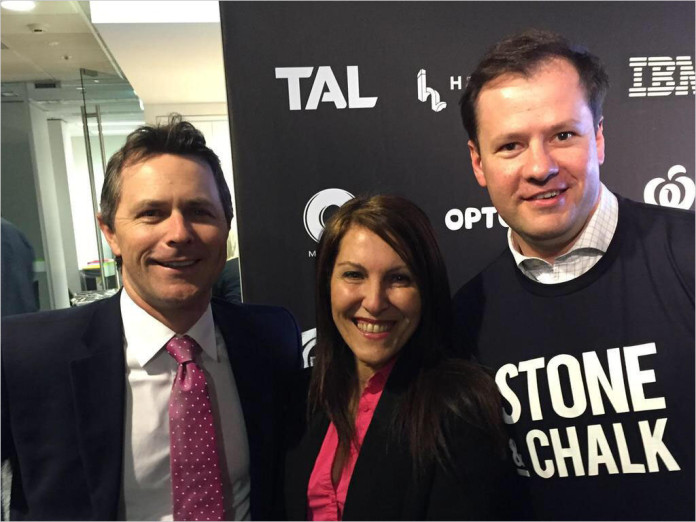 Stone & Chalk is a new concept for Sydney. Although the city already plays host to a number of technology startup hubs, Stone & Chalk is so far the only one to have the more specialised focus of supporting startups focused on financial technology.

The facility is based at 50 Bridge Street in Sydney, and will host some 41 companies — totalling 120 people. It has about 2,300 square metres of space.

In a media release associated with yesterday’s launch, the hub’s chief executive Alex Scandurra said: “From the outset our aim has been to attract the highest quality fintech startups in Australia, co-locate them under one roof, and support fast tracking their growth to ultimately help them go global.”

“We have been inspired by the talent and diversity of the startups who have applied, and the potential they have to transform Australia’s multi-billion financial services sector. And today is just the start, as we continue to welcome more Stone & Chalkers over the coming months and fill around 200 seats by the end of the year.”

Stone & Chalk’s initial startup line-up spans a wide ranges of industries, from superannuation to predictive data analytics; as well as technologies, from consumer apps to crypto currencies. Companies are all at varying stages of growth, with established players such as VentureCrowd, H2 Ventures and Zetaris having taken up space alongside yet-to-launch ventures and early stage startups. You can find the full list in Stone & Chalk’s launch media release, here in PDF format.

Minister Roberts added: “Sydney is at the nexus of Australia’s finance, digital, creative and startup sectors and we’re ideally located for growth in the Asia Pacific region. Stone & Chalk is a great example of the exciting collaborations that are developing out of the NSW Government’s Knowledge Hubs initiative.”

“I congratulate the Committee for Sydney and their fellow Financial Services Knowledge Hub members for their role in identifying the opportunity and making this hub a reality.”

More photos from the very well-attended launch can be found on Flickr.

What an awesome night! Big congrats to our resident startups @stoneandchalk #fintech and thankyou to all our partners pic.twitter.com/6uNm9d6KbZ