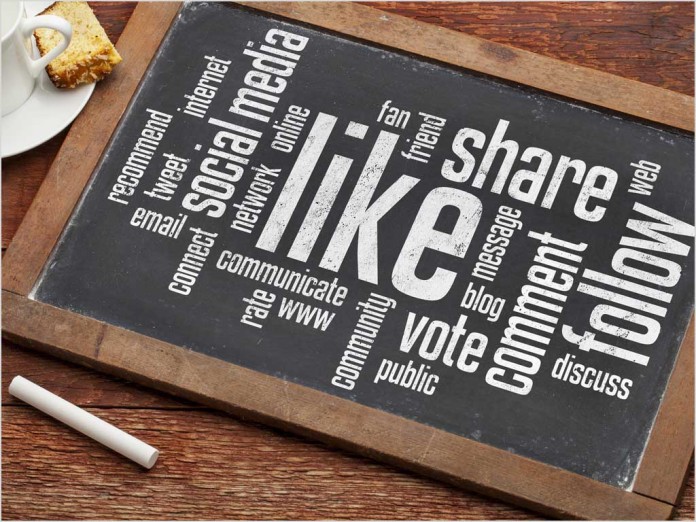 When I first started publishing Delimiter back in January 2010, the Internet was quite a bit simpler.

Twitter was still a relatively new thing, Facebook had not invaded absolutely every aspect of our lives, and Google+ … well, Google+ didn’t even exist.

At that stage the plan for Delimiter was pretty basic: Use the increasingly popular WordPress open source CMS to publish articles, and distribute them via RSS feeds. Delimiter barely even had a working email newsletter at that point.

Fast forward more than five years and things are obviously drastically different. The Internet is a much more active, dynamic, fluidly updated place, and Delimiter has changed with the times. The site now has a large following across multiple social networks — Twitter (5,400 followers), Facebook (906 page likes) and Google+ (473 followers). Our email newsletter database is also quite large — with some 8,000 people receiving our newsletter each week.

But what you might not have realised is that Delimiter’s audience is now also using all of these platforms simultaneously to discuss our articles.

When a Delimiter article is published in 2015, often a number of things happen at the same time:

In 2010, to know what Delimiter readers were talking about, I just had to log into our WordPress admin and read the comments. In 2015, I’ve got a whole 27” monitor sitting on my desk dedicated to following all of these streams simultaneously. It’s almost a full-time job just doing that.

Now, over the past month or so, I’ve been doing a great deal of thinking about how I can best use these platforms to do a better job of serving the Australia technology community, and I’ve come to a few conclusions. In this article I want to outline those conclusions as well as what I am going to do about them.

Firstly, it’s clear that there are other sources of great technology articles in Australia than Delimiter. Some of the other great sites out there such as iTNews, ZDNet, Ausdroid, Reneweconomy, Computerworld, InnovationAus and others are also pumping out fantastic articles. And regular pieces also pop up from the mainstream media — The Financial Review, The Australian, The Sydney Morning Herald and The Age also employ tech journos who do a great job. News also breaks on sites such as Whirlpool and Reddit.

With this in mind, I’m going to be increasingly linking to great articles on these sites from Delimiter’s social media platforms — driving traffic to them and helping spread the word about the news they’re producing. It’s time-consuming to link to them through Delimiter itself, but it’s quick and easy to link to great tech articles through social media, so I’m going to do it. If I like an article, I’ll push it out there.

Secondly, it’s clear that Delimiter readers want to discuss our articles through social media. The main forum for discussing Delimiter articles is always going to be the site itself. But because there are also discussions happening through these social media platforms, I am going to increasingly proactively monitor these platforms and respond to reader comments on them.

Lastly, I am also going to significantly expand the options for readers who want to discuss issues on Delimiter itself. I have spent a lot of late nights over the past week last week launching a new forum for the site, based on the Discourse software.

Many of you probably share my long-standing belief that Internet forum software, in general, sucks. So many of the popular platforms out there — including phpBB, vForum and so on — feel like they were created in the 1990’s and haven’t kept up to speed as the Internet has evolved. They are full of spam and incredibly dated.

Jeff Atwood, best known for co-founding the popular Stack Exchange site, strongly agrees with this view. That’s why he helped launched Discourse as open source software in 2013 to help solve this problem and bring forum software into the new millennium. Discourse is the best forum software I’ve ever used, and I’m planning to settle on the platform for the next decade for use with Delimiter. It’s that good. And it’s also awesome on mobile and tablet platforms.

The tagline for Discourse is ‘Civilised Discussion’, and I can’t think of a better phrase to describe how I want discussion to occur on Delimiter.

There are already active discussions going on on Delimiter’s Discourse forum, with people posting their broadband speed results, choice of operating system platform, thoughts about the NBN (surprise, surprise), mobile reception and media centre platforms. I encourage you to test out the forum and see what you think — I believe you’ll be pleasantly surprised by the functionality.

It is my belief that through these steps, we can expand the online discussion around technology issues significantly in Australia, so I encourage you to jump in. Log into whatever social media platform you prefer and follow Delimiter through it (Twitter, Facebook, Google+). Check out our new forum. Let’s create a widening bubble that will show the wider Australian community how important technology issues are.

And I’ll try and keep up with everything you’re all talking about and respond as much as I can. There is a *lot* going on!!!! :D