The Australian Greens has released its own cyber-safety policy to rival that of the two major parties, with the central planks being an obligation for ISPs to offer PC- or modem-based filtering technology to customers, stronger cybercrime law enforcement and better research and education in the field.

“We advocate replacing the Government’s proposed ISP-level filter, which has been sidelined by the Gillard Government and formally opposed by the Liberal and National parties, with a range of interlocking measures to strengthen existing cyber-safety initiatives and tackle cybercrime, particularly child pornography offences,” the Greens’ policy document on the matter released today states.

One unusual aspect of the Greens’ policy is the creation of an online single portal for reporting cybercrime, which will be used to coordinate inter-jurisdictional police responses — as well as generating “valuable data” on cybercrime.

In general, the Greens’ approach shares more with the Coalition’s PC-based filtering cyber-safety policy than it does with Labor’s controversial ISP-based filtering scheme.

In its policy document, the party noted that the Gillard Labor Government had budgeted $40.8 million to fund its own cyber-safety initiatives. However, since Labor has not disclosed how the money will be divided up — and the Greens are opposed to the ISP filter and a separate ISP grants component — the Greens claimed it could not quantify the savings that its policy would generate. 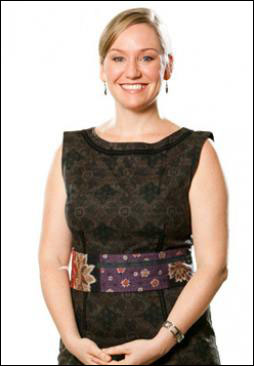 “Queensland’s online community has been particularly disparaging of Labor’s mandatory internet filter, and want it to be dumped not just suspended. They can see that a voluntary filter at the household level would be more effective to protect kids,” said Waters.

Ludlam said it was important that society take steps to “truly understand” the nature of the threats to young people online, with the Greens policy to include a research component.

Waters also took a stab at the Coalition’s broadband policy, which has proposed a much smaller investment than Labor’s National Broadband Network policy — and reduced speeds.

“Queensland’s country areas urgently need high quality, high speed broadband,” she said. “The Coalition’s cheap and nasty plan won’t deliver, and Queenslanders are not impressed that Labor’s NBN would be sold off after five years. We will back the roll out of a reliable, high speed broadband network across this nation and are pushing for this asset to be kept in public hands to ensure prices don’t skyrocket for households.”