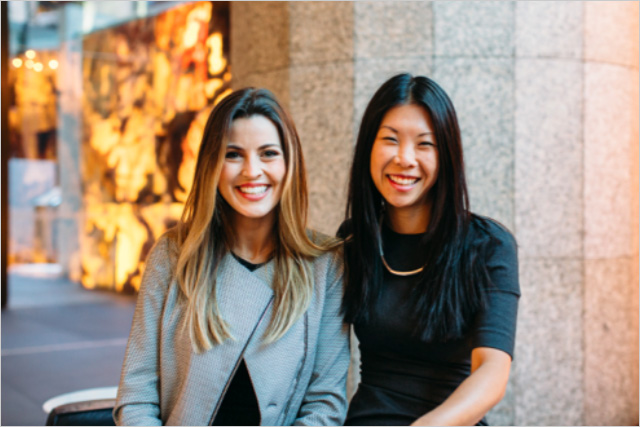 news An Australian website which provides access to independent consultants has raised $4.1 million in venture capital from a group of new and existing shareholders in Australia, the US and Europe, including former Macquarie Bank boss Allan Moss as well as VC fund Frontier ventures.

The site, Expert360, was founded in July 2013 and provides access to over 4,800 consultants around the globe. It appears to aim to transform the consultancy industry in the same way that other sites such as Freelancer.com have transformed access to labor in less exclusive industries.

Bridget Loudon (pictured, above left), CEO of Expert360, said in a statement today: “Our vision is simple; It’s about harnessing technology to connect clients and their projects with great consultants, anywhere, anytime and in a way that delivers outstanding value for both parties. We initially thought that unbundled consulting services would be in highest demand from SMEs, investment and consulting clients but since our last cap raise we’ve been blown away by the inbound demand from enterprise clients in particular.”

Expert360’s cofounder and COO, Emily Yue (pictured, above right), added that the newly raised capital would see Expert360 expand its support for consultants through access to research, data and other IP which help made them more powerful consultants. The money will also be used to expand the company’s Enterprise services offering so that executives in larger organisations can get instant access to a pool of consulting talent and also get support from a project manager to scope work and assemble teams.

The company today announced it had closed an oversubscribed capital raising of $4.1 million to continue its mission to transform the consulting industry. The company currently has 15 full-time employees in Australia and South-East Asia.

Former chief executive of global online work platform oDesk, Gary Swart is a shareholder in Expert360 and is a member of the advisory board.

“The next wave in online work is strategic and high-end and Expert360 is at the forefront of this trend,” Swart said in Expert360’s statement. “Professional services is typically project-based and so much of the work lends itself perfectly to a cloud-based marketplace for big and small enterprises. Expert360 is executing very well on this massive market opportunity.”

Frontier Ventures Founder, Dmitry Alimov, said: “Expert360 is a highly scalable disruptor with huge potential and genuine international appeal. It breaks apart traditional consulting methodology by using the power of technology, global connectivity and individual expertise to provide superior client solutions. We are very impressed by the company’s team, its speed of execution, product quality, and outstanding growth trajectory. We know online service marketplaces and
we’re excited to back this one.”

Frontier Ventures is the lead investor in the round with Mr Alimov also taking a board seat. Frontier is joined by rampersand, an Australian technology venture capital fund with a history of success in Australia, Silicon Valley and globally.

rampersand cofounder and managing partner Jim Cassidy said: “Emily and Bridget are attacking a giant market ripe for disruption and created a model that adds significant value for all participants. Marketplaces are evolving from pure transactional to highly relational, and Expert360 has the unique tools to drive this forward. Most importantly, with Expert360 we believe we’re backing a great team.”

opinion/analysis
My opinion? This is a logical extension of the Freelancer and oDesk model into yet another industry ripe for disruption — the often highly overpriced and exclusive consultancy industry. If you’ve ever engaged with the big end of town in terms of consulting firms, you’ll know they tend to charge the big bucks for their services — and yet often it’s a relatively small group of expert consultants in each firm that handle each area for each class of clients.

If you can unbundle some of these consultants from their firms and set them free in this kind of global marketplace, many will thrive and start undercutting the major firms. This appears to be precisely the process that Expert360 is engaged in, and more power to them. It’s good to see this happening from Australia instead of some other country taking advantage of the trend.