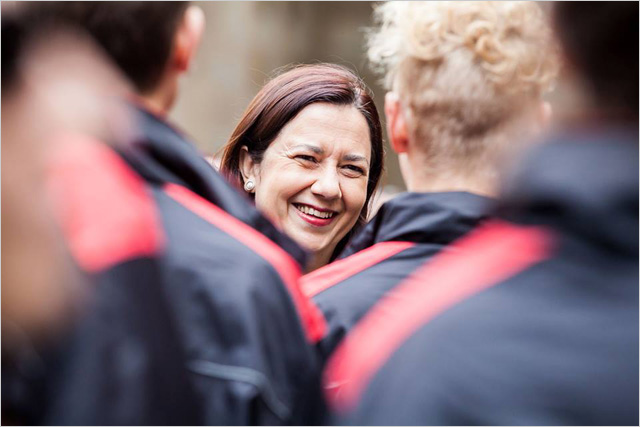 news Annastacia Palaszczuk’s Labor Government in Queensland yesterday revealed plans to throw $24 million at the state’s rapidly expanding startup sector, as part of a much wider $180 million package of reforms aimed at creating “jobs of the future”.

The ‘Advance Queensland’ package announced by the Queensland Premier yesterday will also see a review into how coding, computer science and robotics are taught in schools.

Announcing the program yesterday, Palaszczuk said the aim of the $180 million package was to help make Queensland a place where “industry, universities and government work together to take great ideas, turn them into investment-ready proposals, attract that investment, and create jobs”. The Premier said the state would have an explicit focus on looking beyond its traditional strengths and helping create “new industries” that would create “new jobs”.

“It could lead to a whole new approach to our education system, while also positioning the state as an attractive investment destination with a strong innovation and entrepreneurial culture,” said Palaszczuk. “The rest of the world is looking towards innovation and research for the next wave of opportunities. I don’t want Queensland to merely be a part of the pack, I want us to lead it.”

Key components of the program include:

In a speech given yesterday — available in full online — Palaszczuk explicitly called out the startup sector as “a real driver of economic change”.

“Startups can reshape entire industries through technology and business model innovation,” the Premier said. “They are vital to job creation and prosperity – in fact studies have found that each technology job created leads to five additional jobs in other sectors.”

“This can be simply because of the relative lack of available capital here in Australia, or because our skills are currently better suited to developing the ideas rather than selling them.”

Palaszczuk noted, however, that currently, only seven per cent of Australia’s tech startups were in Brisbane. “That’s something we have to change,” she said.

To assist with this, the Queensland Government will establish a $24 million Startup Queensland program, to increase startup formation and attraction in Queensland, as part of the wider $76 million Business Investment Attraction package.

“We want to play our role in backing successful programs that help ambitious businesses to access the support needed for accelerated growth,” said Palaszczuk. “We want to work with existing incubators and accelerator programs to provide an integrated suite of seed funding, co-working space, mentoring, and connection to customers and markets. And we want to explore an R&D Tax Credit matching program for early stage companies.”

The state will also focus on IT needs in education, undertaking a review of the teaching of science, technology, engineering and maths in schools.

“Our goal is to make sure our students are at the cutting edge of innovation through the development of skills to become the technology architects of the digital age,” the Premier said. “This will include an assessment of coding and computer science, as well as early stage robotics, something I firmly believe should be a part of our education system.”

It is likely the news will be welcomed by Queensland’s technology startup sector, which includes tech startup accelerators such as iLab, as well as the well-known River City Labs.

opinion/analysis
We’re really starting to see State Governments all around Australia get behind the technology startup sector at the moment. Victoria and New South Wales have made moves in this direction over the past several years, and Federal Labor has been talking up the same trend, with Shadow Treasurer Chris Bowen and his Shadow Parliamentary Secretary Ed Husic getting behind the issue on a national basis.

The Federal Coalition has been something of a mixed bag. Although Prime Minister Tony Abbott thinks coding is a joke, the Government did pass bills positively changing rules on employee share schemes in June — a measure the technology startup sector has been calling for for some time.