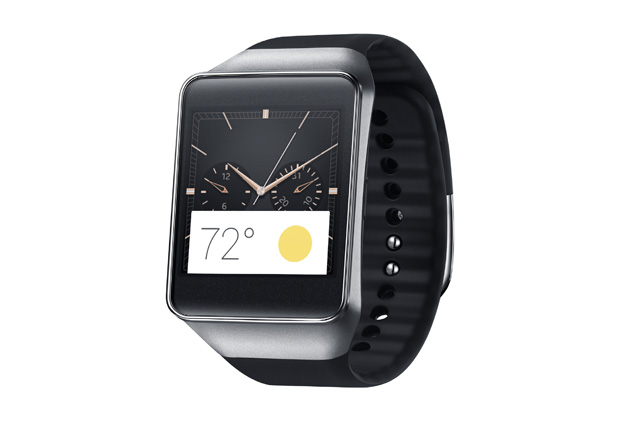 blog If you caught Google’s I/O conference overnight, you will be aware that one of the highlights of the show was the fact that several smartwatches running Google’s new Android Wear operating system supposedly went on sale. However, as regular readers will be aware, “on sale” doesn’t always quite mean in Australia what it means in the US, with devices typically launching in Australia at a later date than they do in America.

Of the three devices announced — the Samsung Gear Live (pictured above), Motorola’s Moto 360 and LG’s G Watch, perhaps the most promising-looking is the Moto 360, due to its innovative round design which looks a lot less geeky than the other blocky square models. After all, aren’t watches supposed to be round, generally, rather than looking like a reformed calculator? However, the Moto 360 isn’t on sale even in the US just yet.

Australians will similarly be disappointed to know that there’s no sale date or local pricing yet for the Gear Live. We reached out to Samsung Australia’s team this morning, but there’s no word on a local launch just yet, and the Gear Live is not available for purchase to Australians in Google’s Play Store online.

However, the good news is that LG’s G Watch is available online in Google’s Play Store right now for Australians to purchase (or at least, so it appears), selling right now for $249, plus $19.95 worth of international shipping. LG also expects the G Watch to go on sale through retailers at some point. Here’s what LG had to say about the device this morning:

“As one of the first companies to go to market with Android Wear, we wanted something that functioned as an essential companion device. Importantly, we also wanted a device that would be simple to learn and intuitive to use,” said Lambro Skropidis, General Manager Marketing at LG Electronics Australia. “With LG’s G Watch powered by Android Wear™, we think we have struck that balance,” he added.

To be honest, Delimiter highly recommends that prospective buyers hold off from entering the smartwatch market just yet. None of the units mentioned in this article were available in full usable form at Google I/O, and reviewers have not yet been able to get their hands on the devices yet. Reviews of similar devices launched so far — such as the Pebble or Samsung’s existing line-up — have been mediocre — and it is very clear that the smartwatch category is in its infancy.

In addition, it appears likely that Apple will enter the category later this year. At this stage it’s probably worth holding off until at least that date, and evaluating the market to see which direction it’s going in. The Moto 360 is also looking like a slightly more developed option than the models coming out of Samsung and LG so far — we’ll be keen to see how that model performs before committing to a purchase.