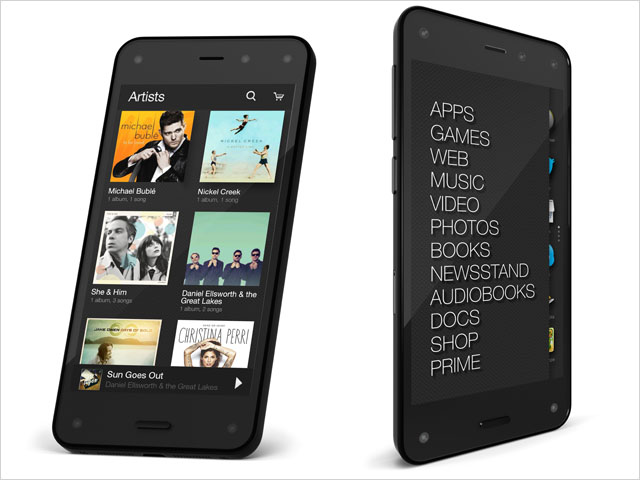 blog You might have noticed that global online retailer Amazon launched a new phone overnight in the US. With a new feature called ‘Dynamic Perspective’ (which delivers 3D depth to some apps), a customised version of Android and solid integration with Amazon’s world-beating content ecosystem, this model is getting some plaudits from technology reviews. However, for Australians the phone itself may not be as interesting as Amazon may want it to be. That’s because there are no signs it’s coming to Australia yet. Engadget sums up the situation very well in the US, where availability options are already limited (we recommend you click here for the full article).

“… the Fire phone starts at $199 with a contract and it’s an AT&T exclusive. Right out of the gate, Amazon’s looking at a limited market with that carrier lockdown. Sure, the Fire phone might be a tempting lure for customers that have already gone all-in on Amazon’s Prime ecosystem. But with so many impressive smartphones currently retailing for that same price, the Fire phone’s likely to go unnoticed by the iPhone crowd Amazon’s chasing after.”

In Australia, where the phone is not yet scheduled to launch at all and where a number of existing smartphone models are already carving the local scene up, from Apple’s iPhones to Samsung’s Galaxy S5 model and the inexpensive but still capable Google Nexus 5, the situation is even worse for Amazon and it’s quite hard to see Australians caring at all. Most will just buy new iPhones when they launch later this year, or wait for new Samsung, HTC or Google options.

This is a shame for Amazon, given how strongly Australians have gotten into bed with the company’s eBook ecosystem. Once again, as with previous hardware launched in the US, Amazon is missing the global boat, as it chases its home market. And once again Australians will feel jilted by the company they love to buy content from. But then, we’ve gotten used to that.