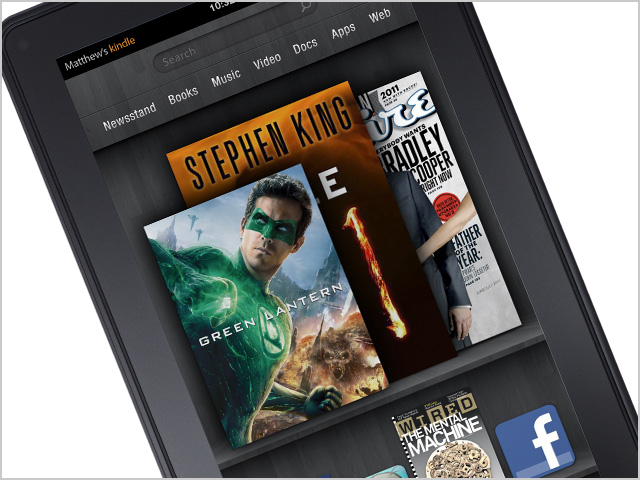 opinion Prediction: When Amazon’s Kindle Fire launches in Australia next year, it will very quickly become the second most popular tablet locally behind Apple’s dominant iPad, easily eclipsing rival offerings from the likes of Samsung, Motorola, Research in Motion and more.

What basis do I have for making this statement, which would appear to be controversial on a number of levels? Let me count the reasons.

Let’s start with the timing. Although Amazon has not yet confirmed when or if the Kindle Fire will go on sale in Australia, it’s likely that it will launch locally in about six months’ time. Why? Because the company has established a pattern of this kind of launch timing in the past.

Now, normally you’d bet that it would take a while for the manufacturer, Quanta, to ramp up manufacture of this new type of device to scale internationally. The Kindle Fire is qualitatively a different device than the previous e-ink based Kindles, after all — Amazon hasn’t previously sold a touchscreen Kindle with a colour LCD screen.

But in this case, Quanta has already for some time been manufacturing a very similar device, Research in Motion’s BlackBerry PlayBook, for international sale for some time. So it shouldn’t be too much of an extension for the company to produce enough Kindle Fires in bulk to meet global demand. The Kindle Fire started shipping to US customers in November. We’d expect it to be available internationally by mid-2012 at the latest.

This brings us to the question of demand.

With companies like Toshiba, Motorola, Samsung and Acer already having launched Android-based tablets in Australia over the past year, and even RIM getting into the action with the PlayBook, what evidence is there that the Kindle Fire will be able to take the number two spot locally behind Apple, when every other company has had such a huge start?

For starters, a report from Taipei this week in influential industry journal DigiTimes suggested that Quanta had already shipped between three and four million Kindle Fires to Amazon, with shipments to reach five million units by the end of December or early January. This report dovetails with a report by analyst firm iSuppli that Amazon would ship 3.9 million Kindle Fires in this quarter this year.

Technology industry blog and analyst house GigaOM points out that these sales mean that Amazon will easily become the second-largest tablet supplier in the US — with iSuppli allocating it an estimated 13.8 percent of the market, compared with 4.8 percent from Samsung (whose Galaxy Tab 10.1 device is being blocked in Australia by Apple legal action) and 4.7 percent from Barnes and Noble with its Nook e-Reader — which also isn’t available in Australia.

It’s not quite clear where Motorola fits into the picture with its Xoom tablet, but given the price of the Xoom has been cut in half in Australia just a few months after the device went on sale, I can’t imagine its share of the market — in the US or in Australia — is going to be huge.

Now all of this is extrapolation, of course — none of these figures appear to be direct from Amazon, and perhaps the Australian market is different, after all. However, there is another direct piece of evidence pointing to the Kindle Fire’s imminent popularity in Australia — web traffic.

Several weeks ago Delimiter published the first Australian review of the Amazon Kindle Fire, after we imported one of the devices locally. And reader interest in this article has been huge — at least double that of any other review of a tablet device which we’ve published this year. And that’s only taking the first several weeks of traffic to the Kindle Fire review into account. I would expect our Kindle Fire review to eventually become one of our most popular articles of all time.

Bear in mind that the overwhelming majority of those viewing this review are Australians. They primarily arrive at the page through searching Google for the availability of the new Kindles in Australia. Those searching from other countries will generally pick up international reviews of the Kindle Fire through sites like Engadget or Gizmodo.

Personally, I believe all of this somewhat circumstantial evidence is enough to show that the Kindle Fire will be huge in Australia in 2012.

The only question which remains is why. Why will the Fire become a strong competitor to the iPad in Australia, when the Motorola Xoom, Samsung Galaxy Tab family, Toshiba Thrive, BlackBerry PlayBook and more have all failed to gain scale? It’s simple: Australians do not really see the Kindle Fire as a competitor to the iPad.

Over the past few months since the new Kindles were unveiled (including the Kindle Touch etc), the question I’ve been getting asked by my friends and family about them has not been: “Should I buy an iPad or a Kindle?” The questions have primarily come from people who want to buy a Kindle to jump onto the incredibly powerful eBook revolution which is sweeping Australia right now, but don’t quite know which device to buy. They know they want a Kindle, because that’s what everyone else uses to read eBooks — but they don’t quite know which one out of the new bunch they should buy.

In the mind of many Australians, iPads and Kindles are for two completely different purposes. The iPad basically replaces many of the functions which were previously carried out on a laptop or even a smartphone, while a Kindle (of any kind) is a replacement for physical paper books. Many people are not really that aware that the Kindle Fire can perform many of the same functions as the iPad, or that the iPad can access any Kindle library through the iOS Kindle App.

With this in mind, many people will buy both; while many of those who didn’t want an iPad or an iPad alternative will buy a Kindle Fire to get access to eBooks. This is the genius of Amazon’s Kindle strategy: It’s not positioning itself as an iPad alternative. And this is why it will succeed in taking a huge slice of Australia’s tablet market next year — because many people won’t see it as one.