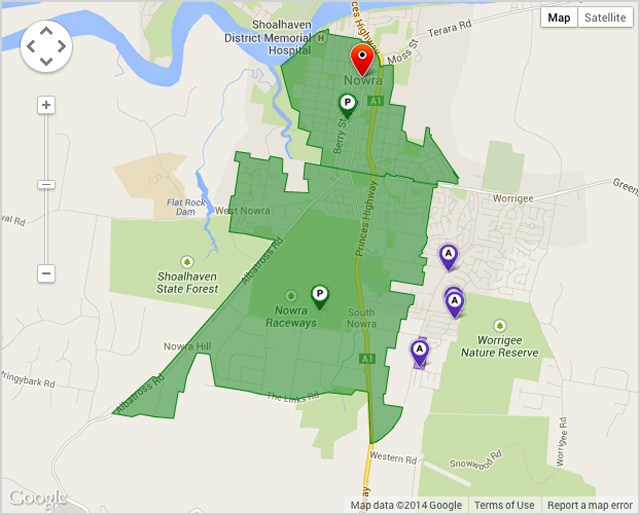 news The National Broadband Network Company yesterday revealed it had added a new category of construction into its dynamically updated network rollout map, with the company now providing additional transparency around areas where “build preparation” activities are being undertaken ahead of the actual physical construction of its network.

In late October, following the Federal Election NBN Co radically altered its network rollout map. Many areas around Australia which had been marked to receive new broadband infrastructure over the next several years had their areas removed from the map. You can see the map online here.

The changes took place because NBN Co changed its metrics. Previously, NBN Co had used a metric which referred to the fact that initial work on designing its rollout in certain areas had commenced. This included, in many cases, work on paper that took place in office environments, despite the fact that no actual construction work in the field had actually started. However, the the new Coalition Government changed this measurement and started only measuring areas where construction crews in streets had been instructed to actually start deploying infrastructure, as well as areas where services are available.

Yesterday the company noted that the interactive rollout map on the NBN Co website now displays the communities in the fixed-line footprint where “Build Preparation” is taking place. These areas are shaded green on the map. They signify that contractors in built-up (or brownfields) areas are carrying out pre-construction activities – for instance readying Telstra’s pits and pipes for use by NBN Co – ahead of the physical construction of the Coalition’s Broadband Network (CBN).

NBN Co Chief Operating Officer, Greg Adcock, said:“We are stabilising the [CBN] rollout and have reviewed the underlying data. That gives us the confidence to be able to provide greater clarity about work underway across Australia. The new measure lets families and businesses know earlier on in the rollout process that the NBN is coming so they can start exploring how they might take advantage of high-speed broadband.”

“Build Preparation” is currently underway for approximately 167,000 homes and businesses in the [CBN] brownfields footprint. Construction contracts for the physical build of the network (“Build Commenced”) have been issued for a further 290,000 brownfields premises.

There are now 195,000 families and businesses with an active CBN connection across all access technologies. “Build Preparation” takes place after the commencement of design phase (i.e. preparation of maps, surveying and rodding and roping) and before the start of the physical build (“Build Commenced”). The design phase is not displayed on the map.

The areas where the additional ‘Build Preparation’ zones can be found on the map are displayed below. 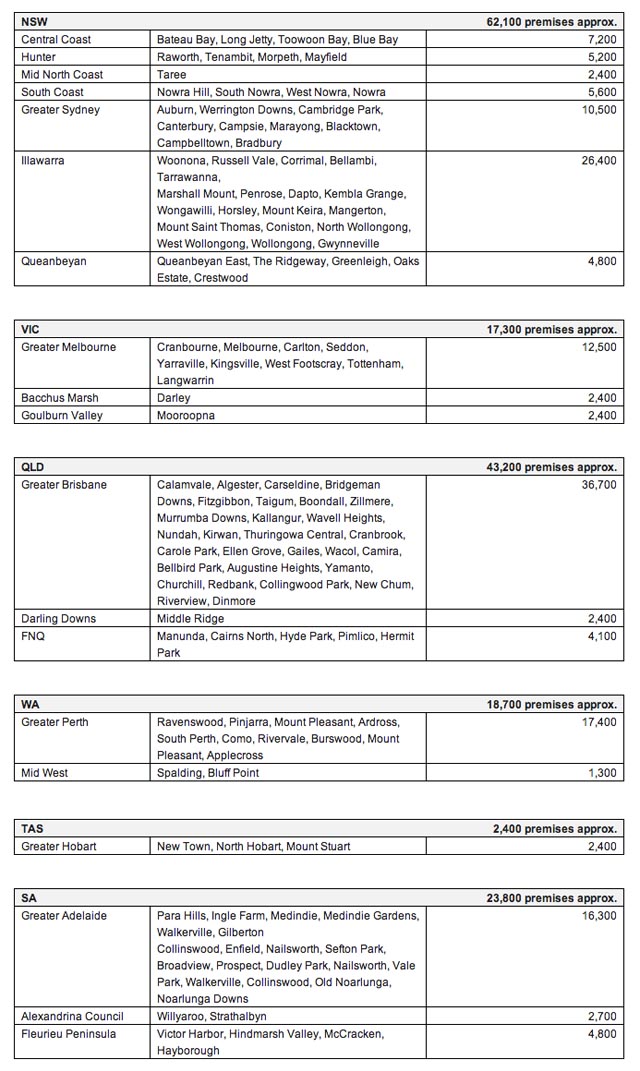