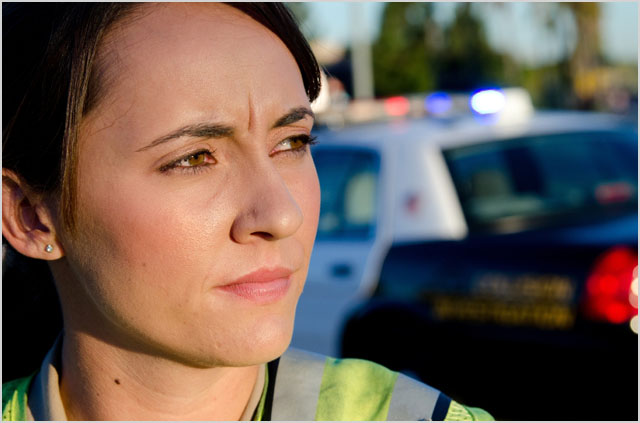 news Victoria Police’s IT systems are so out of date that police officers often simply go home to open modern documents on their own PCs, a new report has found, and officers are also required to fax hardcopy documentation into a central repository following the end of their shift.

Over the past several years, it has emerged that the basic ability of Victoria Police to deliver fundamental ICT services and projects to its workforce has almost completely broken down. A broad-based investigation of the organisation published in March 2012 found that it had no ability to deliver major ICT projects, and several major IT systems, such as the LEAP operational policing database are several decades old and need to be replaced.

The systemic problems have already had tragic consequences at Victoria Police, with the force in February laying part of the blame for an 11-year-old boy’s death at the time at the doorstep of its ailing IT systems, which failed to provide officers with sufficient information to apprehend an offender in a timely manner. The organisation has attempted to address the problems through a combination of new funding, IT outsourcing and through new governance structures, but it still appears to struggle with basic issues.

In November last year Victoria Police appointed as its new chief information officer a senior police officer with a distinguished career, Wendy Steendam, but who appeared to have no specific experience with IT operations.

This week, as first reported by ZDNet, Victoria Police released a Blue Paper document which it considers a vision for the organisation in 2025. The report (available online in PDF format) makes plain that Victoria Police is starkly aware of the widespread ICT project and service delivery challenges it faces. The report states:

“Almost a decade and a half into the twenty first century, Victoria Police labours with twentieth century technology. Victoria Police officers regard the poor state of the organisation’s technology and IT in particular as a severe constraint on their ability to do their job, and compare it unfavourably with police organisations in other states and English speaking countries. This state of affairs is the result of funding and management decisions – including omissions – over many years.”

One of the problems highlighted by the report is that the desktop PC systems used by Victoria Police are so out of date they can often not handle modern documents.

“The VictoriaPolice computer network still uses Windows XP, which has been superseded by three newer operating systems,” the report states. “Many police encounter difficulty in opening documents created using newer programs and resort to taking the documents home to read, print or convert to a usable format. The operating system will be upgraded by the end of 2014, for the first time in many years.”

In addition, police officers are unable to get enough storage space to store data they need. “Insufficient computer storage space presents a real capacity issue, with some members unable to readily store and access data (such as audio-visual files) needed to perform their duties,” the report found.

And, incredibly, all police officers appear to be forced to send in faxed data at the end of their shift.

“Victoria Police has lacked a comprehensive, long-term strategy to guide the governance and business use of, and appropriate investment in, its information,” the report states. “As a consequence, the organisation does not have an integrated approach to information management. For example, the Law Enforcement Assistance Program (LEAP) record management database does not include intelligence, which is stored on the separate Interpose database and is not available to all operational police during a shift.”

“There have been a number of high profile lapses of information security and police face an enormous information burden. Victoria Police’s current operational policing information environment comprises more than 100 processes and 10 critical systems. These require laborious manual handling, data entry and duplication of effort, which in turn leads to incomplete, delayed and varied quality of data for decision support and less time for core policing duties.”

“For example, typically at the end of a shift a police officer is required to return to a station to enter data into systems, and complete and fax hardcopy documentation to a centralised area for retyping into the ageing LEAP database.”

Other issues also abound: In country areas, police rely on an analogue radio system that “is not secure and can be intercepted by almost anyone who wants to listen to police conversations”. Police often carry and use their own personal audio recording devices because Victoria Police is not able to provide such devices for them. As in other jurisdictions, many workarounds exist, with the Blue Paper stating that some 600 stand-alone programs and databases exist.

Resolving the issues
Victoria Police has put in place a program which aims to resolve some of the issues. Dubbed the Police Information Process and Practice Reform Program (PIPP), it focuses on improving processes and practices, with IT being the critical factor. PIPP is developing a strategic view of Victoria Police’s information, IT and business needs, to better meet the changing requirements of the community and the police.

PIPP received $23.3 million, over four years, in the 2013-14 budget to fund two projects essential to improving police systems. The first, the Sustain Project, will focus on necessary maintenance of the ageing LEAP and Interpose systems (Interpose delivers intelligence and case management functionality) for the coming five years.

he second project, the Transform Project, is developing a long-term, integrated and sustainable solution for managing investigations and intelligence to support future police service delivery, as part of a long-term information management strategy.

As a priority, PIPP focuses on creating a single point of access to the information held in multiple disparate systems. PIPP will also target investment in changes to processes and automation of processes to reduce administrative tasks. Further, it will increase the availability and accessibility of information through mobile technology in the field and introduce new service channels for the community, such as online reporting.

As part of the PIPP process, an application has been introduced to simplify specific high-volume policing processes (family violence and field contact reporting). This application improves the availability and overall quality of data on LEAP by providing a user interface that enables reports submitted by members to be immediately available via the LEAP database. It reduces duplicate data entry and provides members with the ability to pre-populate required forms with data already captured. This application has enabled process changes that reduce time spent by frontline members completing family violence and field contact reports.

It is conservatively estimated that improvements in family violence processes alone, have released an extra 72,000 police hours for patrol and proactive duties, at an equivalent value of $3.8 million. It is also estimated that there has been a 30 per cent reduction in the time spent on the relevant administrative documentation by front line police. These figures do not take into account reductions in back office data entry requirements, or the enhancements gained from the field contact reports. With the success of this initial implementation, expansion of this application to all crime reporting and offender processing is planned for 2014 to gain further efficiencies.

Victoria Police also has a huge IT outsourcing program under way. The overall value of the effort will reportedly be worth up to $340 million and see five separate outsourcing contracts consolidated into one substantial contract. Further information about that initiative can be found in an article published on the subject in July 2013.

opinion/analysis
It should be clear to everyone concerned by now that Victoria Police has massive problems when it comes to fundamental ICT project and service delivery; in fact, I would rate the organisation as currently one of the worst in Australia on this basis. This Blue Paper makes it very clear that this issue is having a huge impact on the organisation’s ability to do its work. Police officers being forced to fax in reports after their shifts? Being forced to use their own audio recording devices and PCs because Victoria Police is incapable of delivering even semi-modern functional systems? Police radio systems which anyone can listen into? This all sounds like a bad joke.

And as we’ve already seen demonstrated starkly in practice, lives are on the line. Let’s hope Victoria Police can start to improve things. The warnings signs have been there for many years already. If not, I fear we will see more tragedies.