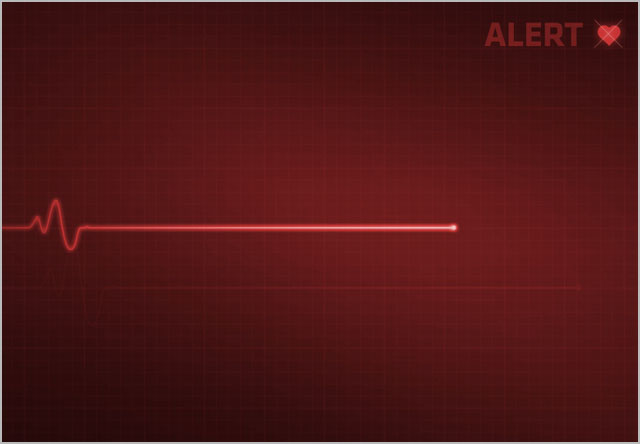 news Following a protracted Freedom of Information battle, the Federal Government has finally released a report into the the troubled Personally Controlled Electronic Health Records (PCEHR) project, with one of the document’s main recommendations being that the National e-Health Transition Authority be ‘dissolved’ due to governance issues.

However, the project has been reported to have suffered extensive problems and has suffered from poor uptake by medical facilities and the public. Due to the issues, on 4 November new Coalition Health Minister Peter Dutton kicked off a promised review of the PCEHR project.

In last week’s Federal Budget, the Government gave one of its first signals that it had opted to continue to progress the project for now, allocating funding of $140.6 million to the project over the next 12 months while it decides its ultimate fate. Following a protracted Freedom of Information battle since January, the PCEHR review was released today. It is available online in full in PDF format.

In general, the report appears to recommend that the PCEHR project continue, due to its important role at the heart of Australia’s future health system. However, it also made a number of sweeping recommendations that would substantially change the governance of the project.

The most dramatic of these is that the report recommends that NEHTA — established in July 2005 as a collaborative enterprise by the Federal and State Governments — be dissolved and replaced with an Australian Commission for Electronic Health (ACeH), reporting directly to the Council of Australian Government’s Standing Council on Health.

“The review of the PCEHR,” the report states, “has identified that whilst a governance structure has been in place within NEHTA, for the PCEHR in the context of eHealth it is in need of significant change as it does not have the confidence of the industry or audience that it is attempting to represent. Multiple factors have contributed to this including a significant broadening of the remit of NEHTA since its inception. A reset of this function is critical to ensure the Australian health industry can continue to evolve with a strong set of foundational capability that will enable operating efficiencies for all providers, whilst driving improved patient care benefits.”

In general, the report found that NEHTA was not well-connected to stakeholders in the PCEHR development. The authority’s board is predominantly comprised of the Directors General of State and Territory Health Departments plus the Secretary of the Federal Department of Health.

“… there are no stakeholders who are active users of the PCEHR on the current NEHTA Board,” the report noted. “Two jurisdictions raised this issue as a concern and commented that they have very little direct engagement in the PCEHR. The Panel also notes that the National eHealth strategy document released in December 2008 identified seven governance principles in which it highlighted the need for appropriate stakeholder engagement and transparency.”

“A number of submissions received, including from Jurisdictions also highlighted the lack of transparency in the decision making process for the PCEHR within the NEHTA structure. A common theme was that the stakeholders’ views were often sought and obtained, but in many instances these views (including those from Clinical leads and reference groups) perceived to be either overruled by the Commonwealth or lost in the NEHTA process.”

The report represents only the latest time that NEHTA has been significantly criticised for its lack of communication with stakeholders. In March 2011, for example, an e-health lobbying organisation representing civil liberties organisations voiced its frustration at the National e-Health Transition Authority and Department of Health and Ageing for not communicating with consumers well enough.

And a Boston Consulting Group review of the organisation published in December 2007 also severely criticised NEHTA for what it said were poor communication skills.

Other major recommendations included in the report include:

“The Panel has spoken with and received responses from many interested stakeholders of the PCEHR,” the report stated. “Overwhelming support was found for continuing the path of implementing a consistent electronic health record for all Australians.

“A change in approach, however, is needed to correct early implementation issues and to review the strategy and role that a shared electronic health record plays in a broader system of health care. Future focus must see the electronic health record (and associated technical and data foundations) as a fundamental element of our future Health infrastructure and it is the Panel’s view that with intervention and correction, the investment will realise great value for the health industry over time.”

“The value of having a personal health summary to share with selected health professionals will be that relevant information is available at the right time for the right people. Improved access, speed and accuracy of health information will benefit health providers, consumers and Government to deliver greater efficiency, less duplication and waste, safer, faster consultation, greater options for location of health provision and mobility of patients, greater consumer choice, and ultimately better health service delivery overall. There is strong international evidence that data aggregation and management has led to better outcomes and is likely to lead to similar benefits for health care in for Australia.”

opinion/analysis
I don’t want to pre-empt commentary about this important report by laying down my opinion too strongly following its publication. This is a dense document about a complex project, and it will take a while to go through. I am also far from an expert; just an interested onlooker. However, I wish to make several points in brief about its findings.

Firstly, long-time readers of my writing (at Delimiter as well as at other publications such as ZDNet and the Financial Review) will know that I am no fan of NEHTA. The organisation is regarded with contempt by many Australians working in the e-health field, and the PCEHR review released today is only the latest report to severely criticise its engagement (or, perhaps more precisely, non-engagement) with important stakeholders in its work.

I wholly support the shutdown of NEHTA and the distribution of its functions among a new Australian Commission for Electronic Health as well as the departments of Health and Human Services.

I have always been somewhat skeptical of the need for the PCEHR project as a whole. I don’t think that the issue of transportable eHealth records is one that is likely to be solved in Australia specifically, or by the Federal Government. I consider it much more likely that this issue will be solved globally by a consumer-friendly company such as Google or Apple (which will place control of eHealth data in the hands of consumers), rather than by central government authorities.

However, if the project is to go ahead, I strongly support its proposed populist renaming and a move to shift its operations away from Health and into the Department of Human Services. Those watching the Federal Government will know that Health has an abominable reputation when it comes to ICT project and service delivery, suffering central problems with ICT governance. In stark contrast, the Department of Human Services has a stellar reputation for ICT project and service delivery, courtesy of its well-run Centrelink division, which was stabilised and functioned very well under the control of its long-time chief information officer John Wadeson (who resigned several years ago).

Of course this also raises certain privacy issues, especially when coupled with the opt-out model the report recommends. DHS already manages much of Australia’s welfare data, and has concrete links with the Australian Taxation Office’s control of our financial data. Adding health data to that mix is a recipe for a privacy and security nightmare. I will personally likely be opting out of the new My Health Record for these precise reasons. I’m not a fan of Big Brother.

The report’s subsidiary recommendation that privacy and security controls be placed around the project is a necessary adjunct to any opt-out model, although I don’t think go far enough.

In general, as the report notes, this will be a tough project to continue pursuing, and I can see why the Coalition Government has its doubts. I still remain a skeptic of the project, however the consensus of the eHealth sector right now is probably that it has gone too far to be abandoned. Let’s hope Health Minister Peter Dutton agrees to the proposed governance changes. They are most certainly sensible and needed.