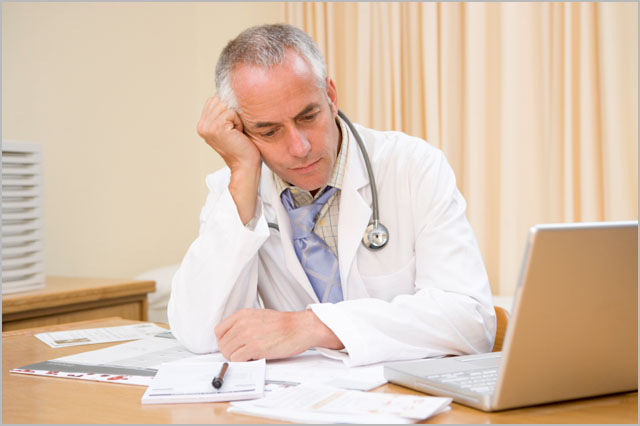 news Technology media outlet Delimiter has appealed a Federal Department of Healths move to block the public release of a report reviewing the troubled Personally Controlled Electronic Health Records (PCEHR) project, as news emerges that the Federal Government appears to have made a decision on how to proceed with the project.

After several back and forth rounds, late last week the Department wrote back to Delimiter, stating that it had decided that the document would not be released under Freedom of Information laws. In the letter (which you can view in full here in PDF format), Linda Jackson, Assistant Secretary of the eHealth Policy Branch of the department’s eHealth Division, acknowledged that there were public interest reasons why the report should be released but ultimately decided the report should be censored because publishing it would disclose deliberative processes of the Government.

Delimiter argued that Dutton’s statement that the report “provides a comprehensive plan for the future of electronic health records in Australia” indicates a very large public interest relating to the release of the report. Specifically, as the Federal Department of Health is aware, every Australian state government, every major medical facility and most minor medical facilities are currently implementing or upgrading electronic health records platforms.

The Minister’s statement implies that the release of the report would directly deliver strategic information to all of these projects about a national e-health plan that would assist in focusing the hundreds of millions of dollars in investment which each state government is currently allocating.

Australian Medical Association president, Dr Steve Hambleton, who was one of the authors of the report, told the Financial Review recently that those projects and others are currently awaiting the publication of the report in order to proceed. “We thought it was going to be mid-January, then mid-February, then April,” said Hambleton. “eHealth is really on hold at the moment in Australia . . . everything is waiting on clarification as to the direction.”

Many e-health projects initiated by state governments have also experienced significant issues or failed altogether, and would benefit from access to the ‘comprehensive plan’ the Minister mentioned. Several examples can be found here, here and here.

In summary, Delimiter argued, state governments and major medical facilities right around Australia are awaiting the release of this report before they can move forward with investment in e-health records systems. Such systems need to be inter-linked nationally and worked on collaboratively between jurisdictions. Withholding the report has the potential to directly harm those efforts.

Lastly, Delimiter also argued that the future of the PCEHR platform will affect a very large amount of Australians. In March, the department’s First Assistant Secretary of its eHealth Division, Linda Powell told the Senate that some 1.4 million Australians who had registered for the system as at 26 February. Ultimately it is envisioned that all Australians will use the system. In Opposition, Minister Dutton said the PCEHR scheme was “more about spin that about outcomes for patients”.

Delimiter argued that it would appear to highly serve the public interest for all Australians, especially those 1.4 million who are currently using it, to have complete information about the PCEHR platform and its likely future.

In its initial decision on this matter, the Department of Health relied on Section 47C(1) of the FOI act to refuse access to the report, arguing that the report, “or any part of it”, contained deliberative matter that would harm the integrity of the decision-making process of government if released.

However, the department did not appear to take into account the fact that if the PCEHR report is released, the Government’s decision-making processes regarding the PCEHR system can still go ahead uninhibited. Delimiter also argued that it would also appear to be an unreasonable statement to claim that the entirety of the PCEHR report contained deliberative material which would harm the government. It appears likely that at least some portions of the report contain only background information and could be safely released, as is very typical with such reports.

The only direct consequence of the release of the report appear to be that the public interest would be directly served for the reasons outlined above. The consequence of withholding the report is that, as one of the report’s authors, Hambleton, openly acknowledged, the future of Australia’s e-health development is put on hold, and at least 1.4 million Australians remain uncertain about the integrity of an e-health platform they rely upon for critical health information.

To indicate the seriousness of this matter, Delimiter further directed the department to commentary on the PCEHR platform by United General Practice Australia, a group of six of Australia’s major medical and doctors’ associations. In October the group wrote: “E-health and the PCEHR have the potential to transform Australia’s health system and provide superior, safer and more efficient healthcare to all Australian patients.”

The appeal comes as Health Minister Dutton has recently made statements in which he appeared to signal that the Federal Government had come to a conclusion regarding the future of the PCEHR platform. “The government remains committed to an electronic health record,” Dutton reportedly said at Sydney’s George Institute for Global Health last week, according to iTNews.

And in a transcript of Dutton’s speech available online, the Minister was reported to have said at the same event that the Government would rollout “an e-health record with practical application and a genuine desire to work with and not against doctors”.

opinion/analysis
The release of this report is an extremely critical event for Australia’s e-health community as well as the wider health sector. As such, I will continue to campaign to get it released. Although the Department has blocked its release, as I noted in this article, there are significant public interest grounds to believe that the Department made the wrong decision in this matter. It has now been more than four months since the report was handed to Health Minister Peter Dutton. That is more than enough time for the Government to consider what comes next.

There are several avenues left to continue pursuing the release of the report, and I will do what I can to pursue them. I will also add that I have received significant private support and interest from a number of sources who have indicated they are also interested in the release of this report.