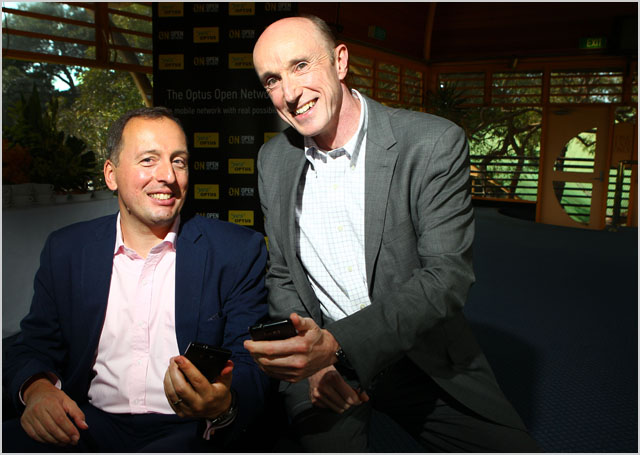 news The nation’s number two telco Optus today reported a 15 percent jump in net profits for the year ended 31 March as cost-cutting initiatives take fat out of its operations, but the company is still facing a troubled future due to the fact that its overall revenues and customer numbers are still slumping.

In financial statements released this morning, the telco revealed that its revenue over the past 12 months had sunk 5.2 percent to $8.5 billion. The company lost about 160,000 mobile customers in the period, with its total customer numbers down to 9.4 million over the period. Despite this, Optus’ ongoing cost-cutting, including substantial redundancies, resulted in the company lifting net profits 14.6 percent for the year to $835 million.

Optus said its recent revenue declines were due to lower equipment sales (typically mobile phones), lower fixed revenues and lower incoming service revenues from a further industry-mandated decline in mobile termination rates that came into effect on 1 January 2014. The company’s net profit would have been higher, but it has recently been investing significantly in its mobile network. The company also cited a “cautious business environment” for its fortunes.

The telco also said its “focus on improving customer experience” was having a positive effect on customers’ engagement. For the second consecutive quarter, Optus achieved a Market Net Promoter Score (the degree to which customers are likely to recommend Optus to their friends — a negative score means they would not recommend the company) of +5 , while average monthly postpaid churn fell from 1.6 percent to 1.3 percent over the past quarter, taking churn to its lowest level in more than seven years.

“We have built a solid foundation with our customers by raising service levels and
significantly lifting customer satisfaction. This reflects major investments in customer
experience and networks. Our focus now is to leverage this strengthened position to drive
renewed customer growth,” O’Sullivan said. “Optus will continue to differentiate its brand with new products and services that lead in flexibility and value and which build momentum for Optus’ data and customer growth.

One of Optus’ main initiatives in recent years has been the deployment of its 4G network, which it said now reaches 75 percent of Australia’s metropolitan population. Its 3G network reaches 98 percent of the total population nationally. During the quarter, Optus added 342,000 4G mobile customers (defined as 4G handsets on the Optus network), bringing the 4G customer base to 2.15 million, up from 1.81 million a quarter ago.

“The 2015 availability of 700 MHz and 2600 MHz nationally means we are preparing our
network to provide 4G services nationally including key regional areas,” O’Sullivan said.

The company is still searching for new Australian leader. For two years until February 2014, seasoned mobile industry executive Kevin Russell had been the most high-profile executive within Optus, commonly perceived as its local chief executive or managing director, as he has managed the local consumer division of Optus parent SingTel.

However, Optus unexpectedly announced in February that Russell would leave Optus on 31 March, with transition arrangements underway. O’Sullivan will act as Consumer Australia chief executive and country chief officer, Australia, in the interim period. O’Sullivan said at the time that Russell had told him several months ago that he wished to move on to other challenges after the completion of a phase leading a strategic transformation at Optus.

opinion/analysis
It was interesting sitting in on the Optus financial results today. The key problem for the company, which was discussed extensively by the media during the question and answer session, is that despite all of its recent investment in its mobile network (which has been very substantial, especially around the acquisition of spectrum and the deployment of 4G in competition with Telstra), the company is making no headway in terms of its mobile customer growth, and is in fact going backwards. It is throwing money into a pit and getting nothing back.

The fact that this static situation at Optus has come at a time when Telstra is experiencing huge mobile growth, and when Vodafone basically shot itself in the foot for 3 years, losing customers constantly, is remarkable, and I think demonstrates a singular failure of leadership at Optus. One might also view the continued success of iiNet and TPG in the fixed-line broadband market as evidence that Optus has failed in that segment too. Optus’ fixed-line customer base has been stable for years.

I have argued for a long time that Optus needs new management to get out of this ‘no growth’ hole that it has dug itself in. It needs a fresh approach to its customers and it needs to differentiate itself from Telstra. It’s nice that Optus is cutting costs out of its business, but that doesn’t represent a long-term growth strategy, as I’m sure Paul O’Sullivan and Singtel chief executive Chua Sock Koong — both veterans — are very well aware.

Some of this static situation for Optus is obviously due to the stasis created by the National Broadband Network disaster, which has soaked up years of wasted time in terms of infrastructure investment in Australia. But a lot of it is just Optus’ own inertia. The company does not seem to realise that it needs to follow the lead of companies such as TPG and iiNet and start innovating in its operations again.

O’Sullivan has said many times over the years that Optus is a ‘challenger’ brand. Well, that’s just not true any more. The company is viewed in Australia as being a smaller version of Telstra. It drastically needs new, energetic management and a licence for change issued by SingTel so that it can move onto the next phase of its corporate existence. Companies which don’t experience revenue growth don’t typically have long-term futures. It will be interesting to see how Optus meets that challenge.