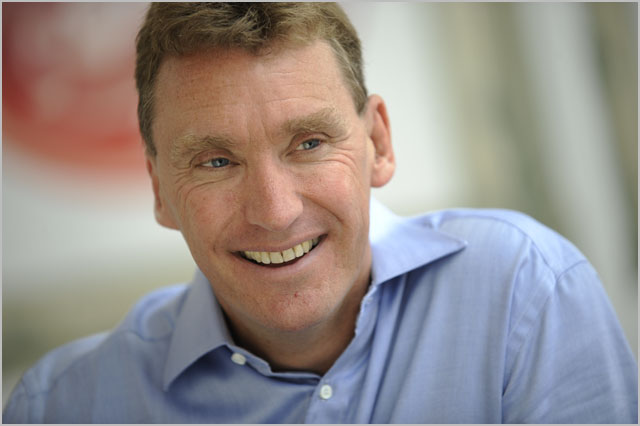 news In a flurry of leadership announcements this week, telcos Optus and AAPT have revealed that they have lost their local chief executives, while the Australian division of Chinese manufacturer Huawei has gained a new one.

Likely the most significant of the moves is the departure of Kevin Russell, the chief executive of Singapore Telecommunications’ Consumer Australia group. For the past two years, Russell (pictured, above) has been the most high-profile executive within Optus, commonly perceived as its local chief executive or managing director, as he has managed the local consumer division of Optus parent SingTel.

As the chief executive officer of Hutchison Telecommunications Australia from 2001 through 2007, Kevin Russell occupied a maverick position in the Australian mobile sector. Hutchison was the main company pushing the new generation of 3G mobile technologies during that period, competing strongly with rivals Telstra, Optus and Vodafone and stimulating them to follow in implementing higher speeds on their broadband networks. Russell joined Optus in January 2012 as long-time Optus chief executive Paul O’Sullivan stepped into an adjacent position within SingTel.

In a statement issued this morning, Optus unexpectedly announced that Russell would leave Optus on 31 March, with transition arrangements underway. O’Sullivan will act as Consumer Australia chief executive and country chief officer, Australia, in the interim period.

O’Sullivan said Russell had told him several months ago that he wished to move on to other challenges after the completion of a phase leading a strategic transformation at Optus.

“Kevin has worked with our management team to roll out a number of positive changes to Optus,” said O’Sullivan. “We have a strong leadership team in place to deliver our goal of becoming Australia’s most loved service brand, and with the recent transformation of Optus’ mobile network and customer experience, we are well placed for the year ahead.”

“In coming months we will focus on accelerating market momentum, extending our lead in customer experience and transforming our business further. I wish Kevin all success for the future and thank him for his significant contribution over the past two years.”

In a similar move, Telecom NZ announced that David Yuile, the chief executive of its AAPT division, which is in the process of being sold to TPG, would leave the company effective 28 February — the same day the TPG sale will be settled.

Telecom Chief Executive Simon Moutter said in a statment that Yuile had been instrumental in driving the transformation of AAPT over the past few years into “a highly competitive data and internet provider”. “David and his management team have done an outstanding job during the last three years to simplify, stabilise and reshape the company. With AAPT now performing very well and joining the TPG group, David departs with our thanks and best wishes,” said Moutter.

Yuile has been AAPT chief executive since June 2011, after a period as AAPT’s chief operating officer. He replaced long-time AAPT chief Paul Broad in the position.

Last, Huawei this morning revealed that its local chief executive Guo Fulin had been promoted to a regional role within the company, and would be replaced by new CEO James Zhao (pictured, right).

Zhao first joined Huawei in 2000 as a radio engineer, later working as a sales manager in China. In 2004 Mr Zhao was appointed Managing Director and Chief Operating Officer of Huawei Indonesia, overseeing sales growth from US$30m to $1.5 billion between 2004 and 2011. Most recently, Zhao was appointed global account director for Bharti Airtel in 2011, a role which spanned 20 countries in India and Africa. 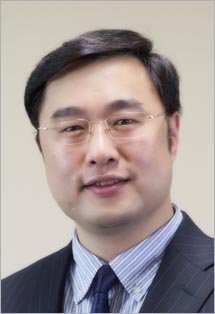 “It is a great privilege to take on the CEO role in Australia, a market of great strategic focus for Huawei Technologies,” Zhao said. “Huawei Australia has been a trailblazer for Huawei globally as the first country with a local Board of Directors, and I look forward to working with the local Board as we continue to grow our presence in the Australian market.”

Fulin’s tenure at Huawei Australia has been accompanied by substantial growth by the company, which now has contracts with most of the nation’s major telcos and is rapidly expanding its consumer product operations.

Huawei Australia Chairman John Lord said the local Board welcomed the arrival of the new CEO. “Huawei’s corporate structure is a great example of ‘Western governance with Chinese characteristics’, and one of Huawei’s great strengths is the practice of rotating CEOs on fixed terms,” he said. “This allows for innovative ideas to flourish and brings fresh global experience to each local office. The local Board also would like to pass on our best wishes to outgoing CEO Guo Fulin, who has seen Huawei Australia more than triple in size during his tenure.”

opinion/analysis
These two resignations and one appointment reflect the fortunes of the respective companies. Russell’s resignation from Optus is very significant; it signals that he did not see a long-term future with the company, which has been largely stagnant in its operations in Australia, failing to make significant in-roads over recent years with customers in either the fixed or mobile telecommunications spheres. With Russell gone, Optus will no doubt struggle to find another executive of his calibre to act as O’Sullivan’s successor; I would not, in fact, be surprised to see SingTel bring in a Singaporean executive to fill the role.

It’s not surprising that Yuile is leaving AAPT as TPG takes over the company. TPG’s management team has very firm ideas about how its operations should be run, and I think Yuille would now see himself as a candidate for another major CEO role, or perhaps a COO role at a major company, rather than take a necessarily minor role at TPG. He’s done his job for Telecom NZ, resolving the company’s Australian situation, and he can now move somewhere else with his reputation intact.

As for Huawei, it’s hard to penetrate the logic of the company’s convoluted internal politics, but what I will say is that the Chinese giant is looking more and more like another version of European networking giants Ericsson, Nokia Siemens Networks and Alcatel-Lucent. It has global operations and likes to punt its leadership talent around those operations, so that they get signifiant experience. Culturally, it is probably still necessary that Huawei Australia has a chief executive with a Chinese background, as the company still has a very strong Chinese culture internally. However, I wouldn’t be surprised to see it gain an Australian chief executive down the track in five to ten years as its strength in the Australian market grows.

Zhao looks like a good choice to lead Huawei Australia. His work at Huawei Indonesia looks fantastic and he’s got experience ranging from the technical to commercial. I expect that he’ll be under pressure to significantly grow Huawei’s Australian business substantially over the next few years, especially with the key Telstra account. Let’s hope he can deliver — Huawei has brought a level of competition to the European networking vendors which was sorely needed in Australia.