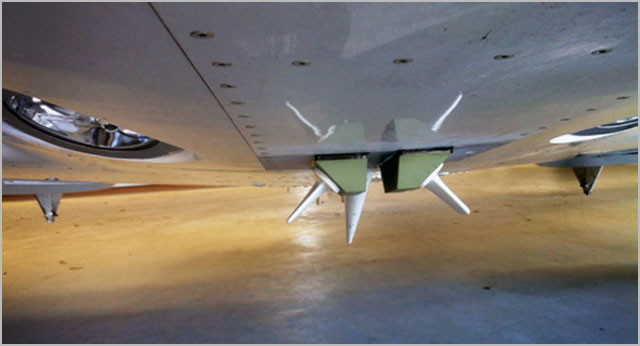 news The nation’s largest telco Telstra has built new mobile towers covering the airplane route between Sydney and Melbourne and tested mobile broadband speeds up to 15Mbps to planes in the air, in a pilot program which could one day see the telco finally solve the long-running problem of in-flight Internet access in Australia.

Australia’s largest airline Qantas has trialled in-flight Internet access in Australia over the past decade, in an attempt to mimic in-flight Internet programs in more populated countries such as the US. However, the trials have come to nothing every time. In the latest trial, conducted throughout 2012, the airline ended up concluding that the in-flight service was not used to the extent it expected; consequently Qantas abandoned the effort due to a ‘lack of demand’.

However, Telstra today revealed it had not given up the quest. In a post on the company’s Exchange blog, its Executive Director of Networks in Telstra Operations, Mike Wright, noted that the telco was working on a solution it dubs ‘Skinet’ (no relation to the SkyNet from the Terminator series of movies) which may eventually allow in-flight Internet throughout Australia.

“While Wi-Fi is provided on some commercial flights internationally, it is achieved using either 3G or Satellite technology and provides a varied customer experience,” Wright wrote. “What we are looking to do with Skinet is to establish 4G coverage in the sky for use on aircraft.”

“Using our own 4G expertise in conjunction we have constructed four dedicated mobile sites that cover most of the commercial air route from Melbourne to Sydney. These sites utilise upward facing antennas and are designed to allow users to access the network as the aircraft travels at high speed.”

“In order to test the capability, we borrowed some spectrum to run a number of test flights. We used a number of different aircraft fitted out with special terminals to pick up the signal and we were able to successfully establish and maintain data connections, achieving a maximum data throughput of 15 Mbps, with an average throughput around 10 Mbps.” Readers can see the customised antennas used by Telstra in the photo above

“These test flights are encouraging,” Wright added, “and are a significant step in the development of a potential Skinet network that might one day deliver high speed broadband connectivity to a range of aircraft-based applications that could extend from commuter use to a range of remote monitoring and control applications.”

“We will look to do additional tests later this year and take those results into account as we explore the possible economics around building a nationwide, commercial LTE network in the sky. Of course like all things wireless this also needs spectrum and we will continue to work with the relevant authorities to make this possible.”

opinion/analysis
While this is an interesting trial from Telstra, I wouldn’t expect any significant commercial deployment of this technology any time soon. There are a number of challenges in the way, ranging from the sheer physical need to deploy new mobile sites throughout Australia’s huge geography, to the spectrum challenges mentioned by Wright, to issues working with the airlines, who have never been precisely keen on having any electronic signals other than their own broadcast on board their airplanes.

There is no doubt about it — companies such as Telstra and Qantas (well, perhaps not Qantas, until it is dragged kicking and screaming to the table) will eventually solve the in-flight Internet issue. And it shouldn’t be such a huge one, given that the issue has been largely addressed on the major routes of other countries such as the US. But I don’t think it will take a year, or even two — I suspect this problem will not be solved in Australia for another five years or so. You know — the point at which people will start to demand that everyone is connected to the Internet 24×7. Those of us who aren’t already.