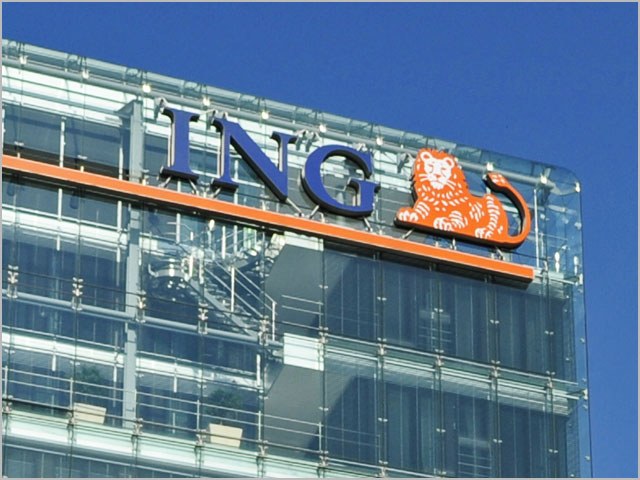 news Financial services group ING Direct this week revealed it had switched its entire production IT infrastructure onto a private cloud platform, in a move the company claimed was a first for any bank in Australia.

Typically major Australian banks run a mix of different types of IT infrastructure. Most use traditional IT infrastructure such as mainframes to run their core banking platforms, but then use more modern architectures, often involving private cloud computing platforms, to deploy many layers of systems on top of and around that core.

One of the more innovative projects undertaken by an Australian bank in recent years has been ING Direct’s so-called ‘Bank in a Box’ initiative. Announced in March 2012, the project was conducted in collaboration with systems integrator Dimension Data and backed by technical expertise from Cisco, NetApp and Microsoft, with especial use of Microsoft’s Hyper-V virtualisation infrastructure.

Many cloud computing projects aim to deploy new types of infrastructure in an effort to cut costs. However in this case, ING Direct was attempting to address a different business issue — flexibility. The bank used its new infrastructure to virtualise an entire copy of its banking platform for testing and development purposes. This allowed it to test out new features and improvements to the infrastructure easily. The platform involved around 220 new virtual machines in total, and around 5.5 terabytes of data.

In a new statement issued this week, ING Direct revealed it had sent the virtualised platform into production. “ING Direct has overhauled its entire infrastructure, transferring its systems into a private cloud – a first for any bank in Australia,” the bank said. “The 12 month project, called Zero Touch, was a simplification of ING Direct’s Production environment, providing new computing, network and storage infrastructure.”

ING Direct chief operating officer Simon Andrews (pictured) said: “We have completely re-platformed the bank, applying our ‘Bank in a Box’ innovation, which virtualised our Development and Test environments, to Production. We believe this project is unique, making us the only bank to have moved its entire systems to a cloud environment.”

The bank said that in the short term the project will impact the bank’s operational capability and in the medium to long term customers will see better services. “For customers, this translates into improved service standards and an increased capacity for the bank to deliver product and service enhancements,” Andrews said.

“Our strategy is to be the primary bank for our customers offering a broad range of products and services 24/7,” said Andrews. “We see cloud technology as a real enabler. Completing the project has opened up space for us to innovate and create rather than simply operate and maintain the supporting infrastructure. The significance of this project can be shown by the acceptance within the ING community as best practice and will likely be implemented in other ING businesses around the world.”

“ING DIRECT, one of the most innovative customers that we work with, has for some time had a very purposeful strategy of transforming its business with the help of the cloud, which it sees as a key enabler for innovation. Today it’s taking another step forward as it put its ‘Zero Touch’ initiative into action, with the help of Microsoft’s private cloud solutions,” wrote Microsoft Australia Server & Tools Group lead, Toby Bowers.

Zero Touch builds on ING DIRECT’s “Bank in a Box” innovation, a ground breaking solution that virtualised Developement and Test environments providing the bank with an accelerated and cost efficient means of delivering new products and services. Within the ING community, this Australian originated project is viewed as best practice and will likely be implemented in other ING businesses around the world.

The news comes as ING Direct has recently appointed a new head of IT, importing the chief information officer of the company’s Italian division for the role. The company’s last top technology executive in Australia was its chief information officer, Andrew Henderson. After serving in that role for almost four years and with ING Direct in Australia since mid-2003, the executive took a role at ING in Amsterdam as the head of global IT infrastructure services in September 2013.

Henderson’s replacement is Juan José (Juanjo) Cebrián. The executive’s most recent role was as chief information officer of ING Direct Italty, a position he has held since May 2013. Before that, the executive was head of innovatio at ING Direct Spain for a little over two years. He commenced in the Australian role on 1 January.

opinion/analysis
I’ve got two things to say about this deployment. Firstly and most obviously, it’s a remarkable initiative, and as both ING Direct and Microsoft have stated, viewed as a best of breed case study by ING’s operations globally. I would expect the Dutch bank to deploy this model in its satellite operations around the world, and plaudits for that must go directly to its Australian operation. We’ve come a long way from the old days of IT infrastructure when a bank’s entire production IT infrastructure can be virtualised.

However, it’s also important to note that this kind of initiative is only really possible because of ING Direct’s relatively small size in the Australian market, as well as its newness. ING Direct was only established in Australia in 1999 — it’s a baby by modern banking standards — and was most likely established using relatively modern banking IT platforms at that stage.

None of this is to take anything away from ING Direct’s remarkable accomplishment, and I wouldn’t be surprised if we eventually saw similar initiatives from other mid-tier groups locally, especially the credit unions, for example. But don’t expect to see any of the big four banks shifting their entire IT platform into their private cloud any time soon. Their systems are just too complex and inflexible for that right now.