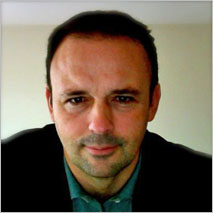 news Financial services group ING Direct this week revealed it had appointed a new local head of its information technology division, importing the chief information officer of the company’s Italian division for the role.

The company’s last top technology executive in Australia was its chief information officer, Andrew Henderson. After serving in that role for almost four years and with ING Direct in Australia since mid-2003, the executive took a role at ING in Amsterdam as the head of global IT infrastructure services in September 2013.

According to Henderson’s LinkedIn profile, during his time at ING Direct he was responsible for the transformation of its local IT organisation, which had needed to improve operational performance, portfolio delivery effectiveness, team engagement and overall performance; the optimisation of its annual IT operational and capital expenditure, reducing overall IT cost while “improving risk profile, efficiency, capability and performance” and consequently allowing “movement of funding to discretionary activity”; as well as the normal CIO duties of being accountable for aspects of IT such as operational resilience and performance and vendor management.

The CIO’s term at ING was particularly notable due to the high use which ING Direct made of virtualisation technology during Henderson’s time there. In March 2012, for example, the bank deployed what it described as “Bank in a Box”, a private cloud infrastructure developed in collaboration with systems integrator Dimension Data and backed by technical expertise from Cisco, NetApp and long-term partner, Microsoft.

The platform allows ING Direct to provision entire copies of its banking IT infrastructure for development and testing purposes.

News of the appointment of Henderson’s replacement, Juan José (Juanjo) Cebrián (pictured, right), appears to have been first published yesterday by iTNews and ZDNet. The executive’s most recent role was as chief information officer of ING Direct Italty, a positionhe has held since May 2013. Before that, the executive was head of innovatio at ING Direct Spain for a little over two years. He commenced in the Australian role on 1 January.

“Reporting to Chief Operating Officer, Simon Andrews, Juanjo will be responsible for all IT functions at ING Direct Australia,” the group’s statement said.

“Originally from Spain, Juanjo brings 18 years’ experience in IT and banking operations with extensive experience within ING Direct having worked in Spain, France, Japan, and the Netherlands where he was IT Senior Manager with responsibility for Infrastructure and Application architectures. The benefit of Juanjo’s international experience is the ability to develop and share best practice throughout ING’s global operations.”

The news comes as there has been other movement recently in terms of appointments in Australia’s banking IT scene. Last week, for example, Westpac Banking Group revealed it had dramatically shaken up up its senior IT executive team, slicing some responsibilities away from previous top IT dog Clive Whincup and making its chief technology officer Jeff Jacobs redundant. It has appointed a new chief operating officer, Technology, held by senior Westpac executive Les Vance.