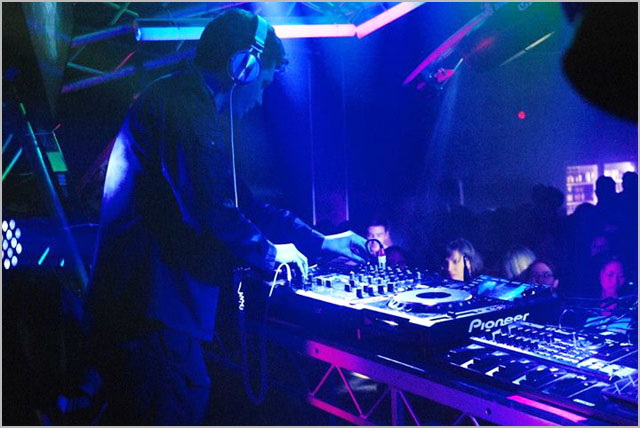 blog Those of you who’ve been hanging around the tracks for a while may remember a famous piece of newspaper graffiti which was published a while back regarding Prime Minister John Howard and his musical abilities. We won’t re-publish it here, but technology commentator Stilgherrian has immortalised it through this link on his web site. Well, it’s taken us a while, but we’ve now been able to find a Federal Politician who can actually DJ quite well. Or so it appears from these glamour pics of Greens Communications Spokesperson Scott Ludlam, who spent some time DJ’ing at a rave held to fundraise for his WA Senate campaign this month (kudos to Reddit user orru for originally highlighting this event).

You can find the full photos online on Ludlam’s Facebook page, but we’ve re-published a few below for your viewing pleasure if you can’t be bothered clicking through. As a side note, it appears from the photos that Ludlam’s days as a notable bachelor may be coming to an end, due, no doubt, to his “magnificent hair”. Well, we can’t say that we didn’t warn Australia’s female population. Ludlam’s confirmed bachelor status is now, doubtless, in a “it’s complicated” phase. Stay tuned for further updates from the hype train this week as we wait to find out whether Australia’s most tech-savvy politician will get re-elected on Saturday.

And we’re throwing down the gauntlet to other hip young Australian politicians interested in the technology portfolio. Ed Husic, think you have what it takes to get down and groovy with Generation Y? Tim Watts, are you keen to court the youthful vote? It seems you’ll have to have solid skills both at policy analysis and at hitting mad beats. Now that’s the kind of skillset we’d like to see more of in our elected representatives.