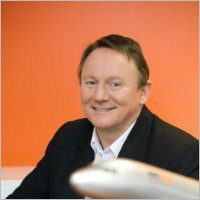 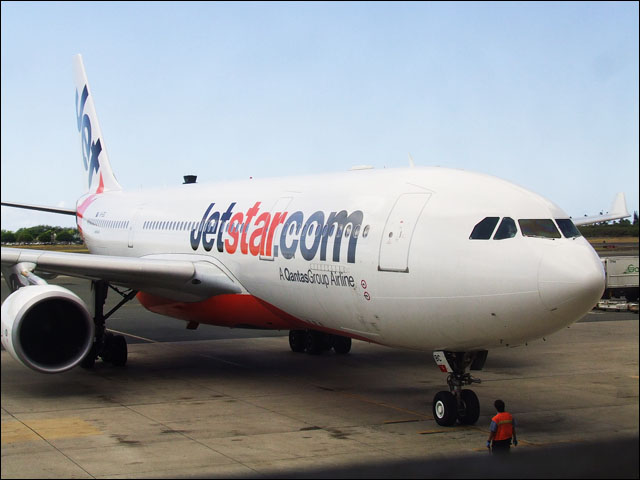 news The long-time chief information officer of Qantas subsidiary Jetstar, Stephen Tame, has resigned from his role, leaving a legacy of innovative IT implementations and practices behind him that will not easily be forgotten in Australia’s IT industry.

Stephen Tame is one of the best-known names in Australia’s enterprise IT sector. The long-time chief information officer of Jetstar started his career, according to his LinkedIn profile, as a systems manager at Yakka (the privately owned clothing and work wear manufacturer famous for its Hard Yakka line) in the late 1970’s. After a decade at the company, Tame then became an IT manager at Australian Airlines and Qantas, where he stayed for another nine years.

For six years from 1994 through 2000, Tame worked as a general manager of corporate development at software company Quality Software Products, before short stints at Air New Zealand and Ansett, and another software company — Atex Media Command.

However, it wasn’t until Tame’s return to the airline industry in 2003 that he came to more widespread attention throughout Australia’s IT sector. Jetstar was created in 2003 as a low-cost airline that would operate as a sister brand to its parent company, Qantas.

Typically in such situations, where a subsidiary is established as part of a master brand such as Qantas, the IT and corporate systems of the larger company are highly leveraged to keep costs low at the subsidiary. However, Jetstar took a fundamentally different approach. The airline’s IT operations were set up by Tame right from the start to be relatively independent from the giant legacy platforms which Qantas operated.

For starters, Jetstar’s IT operation under Tame’s watch has become known as a home of innovative IT within Australia’s private sector. Innovations introduced by Tame include software as a service (SuccessFactors, RightNow, Navitaire), SMS check-ins, in-flight iPads, thin client terminals, 3G mobile broadband, a shift away from dedicated desk phones, the use of the Bring Your Own Device philosophy and the introduction of Google Apps.

Most of these innovations would go on over the following years to become popular amongst much of the rest of Australia’s corporate sector — but it was often Jetstar and Tame personally who were on the bleeding edge of such innovation.

The second major impact Tame’s philosophy had on Jetstar was that he continued to keep its IT costs low. The executive said at a conference in November last year that one of his key performance indicators had been to cut IT infrastructure costs by six per cent every year.

Because of these innovations, Tame is widely regarded within Australia’s IT industry as one of the nation’s most innovative chief information officers. The executive’s resignation was revealed this week on his LinkedIn profile, where it currently states that he finished up at Jetstar in January after almost ten years in the role of head of group IT.

The executive’s replacement, according to her own LinkedIn profile, will be Grainne Kearns, who has previously held a number of senior roles at Telstra, including as chief information officer of the telco’s ailing directories and advertising business Sensis. Kearns was most recently a ‘Transition Director’ for Telstra, where the executive designed and established an internal consulting function, according to her LinkedIn Profile.

opinion/analysis
I want to strongly congratulate Stephen Tame on what he has achieved at Jetstar. If you examine Tame’s decade at Jetstar, you can plainly see that the executive stands as an example of what the perfect chief information officer should be. I personally have admired the CIO’s accomplishments over the years and I highly respect the executive.

Tame was able to set up Jetstar’s IT operation so that it both directly supported the business, while also using new technologies to improve the operation of the business, and also continually cutting costs. At the same time, the CIO has also been very comfortable being an example and thought leader to his fellow senior IT executive colleagues in the IT industry. If those aren’t the ideal aims which any great CIO should aim for, then I don’t know what are.

One stray thought I had today is that I wonder what Tame is planning to do next. It’s clear that the executive has already had a 40-year career behind him. He may be planning to retire or take a long break.

If I could, I would encourage Tame to look at Australia’s State Government sector for some new projects, especially in his home state of Victoria. Even if the work in this space is much less well-paid compared to working for Jetstar or other private sector companies, there is the potential to have a very high impact. And Australian State Government desperately needs wise IT heads such as Tame right now. I’d love to see the executive apply his very strong talent and experience to the public sector.