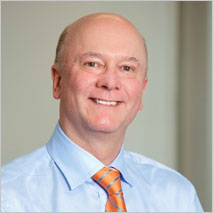 news One of Australia’s most high-profile IT executives, Stephen Wilson has finished a short-lived stint in the private sector, with the executive confirmed to have left a senior role at Qantas to lead the IT operations of Sydney Water, just two years after he left his post as CIO of the NSW Department of Education to join the airline.

The news of Wilson’s departure from Qantas appears to have been first reported in The Australian newspaper this morning, but it is also public knowledge courtesy of Sydney Water’s website, which has been updated to reflect the executive’s appointment as its chief information officer. “Stephen Wilson was appointed Chief Information Officer (CIO) in July 2012,” Sydney Water’s website states.

Wilson joined Qantas as its head of technology in August 2010, reporting to then-group executive of corporate services and technology David Hall. However, Hall was quickly promoted to lead Qantas subsidiary Jetstar, and Qantas appointed a new chief information officer in February 2011 in the form of Paul Jones, who left a similar position at Mars.

Wilson joined Qantas as the airline was embarking simultaneously on a major cost-cutting exercise within its IT support operation, as well as overhauling several key systems. For example, in 2009, Hall — who then described himself in public as Qantas’ “quasi-chief information officer” — told a business lunch in Sydney that he believed Qantas could cut its IT costs by $100 million over the succeeding financial year.

At the tie, Qantas had also embarked on several major IT initiatives.

In late March 2010 it was revealed that Qantas had commenced an extensive internal deployment of Cisco IP telephony hardware that would touch some 18,000 users, an upgrade that came shortly after the company confirmed in February that it was replacing IBM’s Lotus Notes collaboration platform with Microsoft Outlook/Exchange.

The airline had also been dramatically changing the make-up of its team. For example, in August about 200 of the airline’s staff were offered positions at IBM as part of an outsourcing arrangement targeting Qantas’ program delivery arrangements.

Wilson himself is the veteran of substantive change at NSW DET. in 2008 DET migrated its 1.5 million school students off its Microsoft Exchange email platform and onto Gmail, in one of the largest Gmail migrations globally so far. Wilson has also been involved in the rollout of the Federal Government’s Digital Education Revolution program in the state — in March 2010 he said the department was rolling out 10,000 laptops to students per week. Wilson began his career at Johnson & Johnson in 1981 and rose to Vice President Information Management Pharmaceuticals Group, Asia Pacific Japan and Latin America. In August 2005, he joined the NSW Department of Education & Training, as CIO, a position he held until his Qantas switch.

It appears that Wilson’s predecessor at Sydney Water was Chris Ford, who, according to his LinkedIn profile, left the organisation in February this year to take up the role of CIO at the Australian Energy Market Operator. Ford had held the post since August 2010.

Sydney Water has a history of difficulty when it comes to its IT operation. In November 2009, for example, a report by the NSW Auditor-General severely criticised the utility’s implementation of a Siebel CRM system, which was at that stage $34 million over budget and a year and a half late. In November 2008, then-Sydney Water CIO Tim Catley told a Gartner conference, according to ZDNet, that the credibility of the business was “at an all-time low” when it came to technology. “There was no confidence that we could deliver,” he said.

opinion/analysis
My opinion, based on my reporting of executive movements and IT initiatives over the years of Qantas has been that the airline has a somewhat troubled IT operation which does not enjoy the full support of its business executives.