news Malcolm Turnbull has appointed seasoned executive and public figure Bill Scales to conduct what the Communications Minister today described as an “independent audit” of the policy development process which led to the previous Government’s National Broadband Network project, in an effort which is already being described as a “witch hunt” against Labor.

The inquiry was an election promise outlined by Turnbull as part of the Coalition’s rival broadband policy published in April 2013. Announcing the policy today, the Minister said the the independent audit would investigate the advice, decisions and policy processes that led to the National Broadband Network policy and establishment of NBN Co.

The effort will be led by Bill Scales, currently the Chancellor of Swinburne University of Technology. Scales has a very varied work and executive history. Originally a fitter and machinist by trade, he also holds a Bachelor of Economics from Monash University. Over a forty-year career he has held leadership positions in the public and private sectors, including spells as Chairman of the Industry Commission (now the Productivity Commission), Secretary of Victoria’s Department of Premier and Cabinet, and Group Managing Director for regulatory and corporate affairs at Telstra. 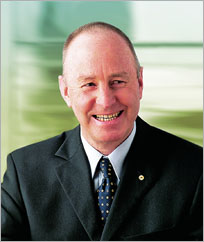 Scales’ full biography is available online. In his statement announcing the appointment, Turnbull made the point that Scales had served on a number of major public inquiries over the past eight years, initiated by both the Coalition and Labor Governments, including the high-profile Gonski Review of school funding, the Bradley Review of the higher education sector, and more. “Mr Scales brings a wealth of experience in public policy and telecommunications to the role,” said Turnbull.

The Minister noted that Scales will report to the Government within four months of today’s appointment, and that the executive’s audit would come in addition to a review of governance within NBN Co that was being conducted by Korda Mentha.

The terms of reference published by Turnbull for the review state that it is to cover the period from April 2008 (when the then Rudd Administration issued a request for proposals for a national broadband network solution) to May 2010, when the implementation for Labor’s eventual NBN policy was released.

The audit should is to outline the public policy process undertaken to support decisions by the Australian Government relevant to the NBN policy, including a description of the advice and processes that led to the establishment of NBN Co, the origin and basis for NBN Co’s mandate to run fibre to the premises (FTTP) to 90-93 per cent of Australian premises and the approach taken in regard to obtaining cost benefit or independent reviews of the project.

It is also to provide recommendations in relation to the NBN public policy process. This should include recommendations on what future actions should be taken by the Australian Government when considering major projects / reforms such as the NBN.

It is not common for new Federal Governments to conduct independent audits into the policy development processes of previous administrations, and Turnbull’s move has already sparked comments online that the proceedings have a political flavour about them.

One commenter on Internet forum Reddit questioned whether Scales would be given access to Labor Cabinet papers on the National Broadband Network. Turnbull has previously requested that Labor consent to releasing a number of NBN-related documents which were considered by the previous Rudd and Gillard Cabinets, as the new Coalition Government has done in other areas, breaking precedent on such matters.

A report produced by investment bank Lazard back in 2010 reportedly warned the then-Labor administration of major risks to the NBN plan. Details about the report were revealed by The Australian newspaper, but the report itself has never been released publicly. It was one of a number of reports commissioned by the Government at the time and presents one view of the NBN. Other reports presented different views.

Said Turnbull in Parliament in November: “On the weekend we learnt that the Labor government had been advised by its investment banker, Lazard, that the NBN, on the government’s plan, was going to result in a $31 billion loss—a negative net present value. And they did not share that with anyone. The NBN has been the characteristically reckless Labor undertaking from the very start—from the moment it was conceived by Senator Conroy and Kevin Rudd on the back of a beer coaster on a VIP flight.”

Opinionated NBN commentator Kieran Cummings, who has largely been critical of the Coalition’s approach to the project wrote on Reddit that the review constituted a “witch hunt”. And another commenter added: “Here we go … another “Independent” thing that will ignore the facts and falsify numbers to “coincidentally” make the ALP look bad and the LNP look good.”

opinion/analysis
Turnbull has taken a step in the right direction by appointing Scales to this role; it would be hard to find a more respected and independent business or government executive undertake the work, despite the fact that he was involved with Telstra on the regulatory front a little before the modern day NBN policy was developed.

However, I have to say that I am surprised Scales agreed to take up the role. It’s very clear at this point, given the other inquiries going on into the history of other Labor projects and groups such as the home insulation scheme and the unions, that Tony Abbott’s Coalition Government is using these inquiries to stack up as much evidence of Labor’s incompetency as possible. This is not governing; it is pure politics, designed to give the Coalition ammunition against Labor whenever it needs it.

I don’t have a problem with projects being audited. But auditing Labor’s policy development process? That’s just politics. How each party develops policies is completely up to it, and there is no real standard for how new policies should be developed.

There is also an essential hubris here. One would hardly call the development of the Coalition’s own broadband policy, which has changed regularly as and when Turnbull personally sees fit, to be the most legitimate and well-researched process. A large amount of evidence has already been presented, for example, to question the assumptions in the hastily constructed background paper which Turnbull’s office published in April 2013 to back its own broadband policy. And since taking office, Turnbull has personally dramatically changed the Coalition’s broadband policy several times. Hell, at the moment there is no formal Coalition broadband policy, given that the Minister has yet to respond to the recommendations of NBN Co’s Strategic Review. But the Government is ploughing ahead anyway, full steam ahead.

By opening an inquiry into Labor’s NBN policy development process, Turnbull is virtually inviting Labor to do the same to his own processes in three, six or nine years’ time; whenever the Coalition loses power. I’ve personally followed the changing Coalition broadband policy on a day to day basis for the past three years. I can categorically state that such an audit, applied to Turnbull’s own processes, would not be a bed of roses. I hope the Minister is aware of this long-term implication of the inquiry he has established today. Few Australians believe the Minister’s current “Multi-Technology Mix” broadband approach to be the right one. It would not suit Turnbull’s long-term legacy well to have the same sort of nasty report appended to his name that he has just set up in an attempt to smear Labor.

I’d like to leave this article with a final quote, from that paragon of peace, Mahatma Gandhi. “An eye for an eye leaves the whole world blind.” It’s time to end the cycle of hatred in politics. Only then will stable, long-term governance in Australia be achieved. The Coalition won the election. When will it stop trying to smear Labor? Australians want elected politicians to actually govern, not to fight with each other incessantly.