In a statement, issued this morning, the bank said Boyle would “play an integral role in furthering NAB’s transformation plan”, building on the “strong foundations” laid over the past four years. “He will bring strong expertise in technology and cultural transformation, strategic insight and stakeholder management,” the bank said. 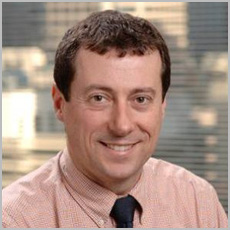 “David has been leading teams in financial services IT, strategy and IT operations for more than 25 years. He will join us from Ernst and Young, and has spent considerable time as a consultant, as well as in-house, at a number of tier one financial institutions in Australia.”

According to Boyle’s LinkedIn profile, the executive has only been a partner at Ernst & Young, which is believed to have conducted technology strategy work for NAB, for a little under two years. Prior to that, the executive spent four years at the Commonwealth Bank of Australia in several CIO roles, including a position as CIO of the bank’s International Financial Services division, and CIO of its Group Services division.

“David is a committed, passionate and transformational leader driving bottom line results through smarter use of technology and building high performance, service oriented IT teams,” the profile adds.

Some of his recent achievements include: Planning and then delivering the IT integration of CBA and Bankwest’s businesses in Australia; delivering the IT platforms for CBA’s market entries to both India and China; and delivering a 25 percent reduction in divisional IT costs through restructuring, rationalisation and smart sourcing of IT.”

Prior to his CBA roles, Boyle was a parter in Accenture’s Financial Services practice. The company holds extensive IT contracts with CommBank. Boyle spent 16 years with Accenture. It appears the executive will be reporting in to Lisa Gray, NAB’s group executive of Enterprise Services and Transformation.

For his part, McGee’s departure was announced in August this year. The executive had spent five years with the bank, after holding several senior IT positions at rival bank ANZ. He oversaw a number of key IT projects associated with the bank’s ongoing transformation.

NAB is currently engaged in a major technology transformation touching virtually every area of its operations, ranging from IT infrastructure to a massive core banking replacement project which the bank is conducting with the assistance of Oracle. The bank is also reported to be engaging in significant job cuts and restructuring in the area of technology. For example, in late October, iTNews reported that the bank had cut almost 580 IT and support roles over the past year.