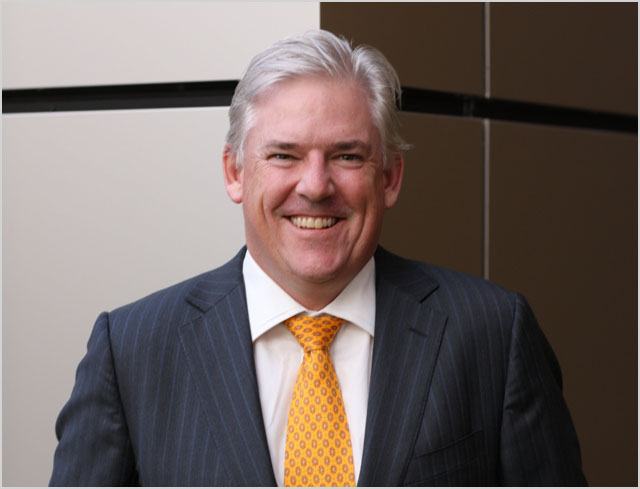 news The Commonwealth Bank of Australia has promoted an internal executive who joined the bank in September after a lengthy career at petroleum giant VP and IT services group Accenture to replace its outgoing chief information officer Michael Harte, who announced in early May that he would leave the bank.

CommBank chief executive Ian Narev made the announcement in a statement to the Australian Stock Exchange today, naming David Whiteing (see his LinkedIn profile here) as the new group executive of Enterprise Services and chief information officer at the bank.

Whiteing joined the bank as executive general manager of Architecture and Planning in September 2013. He was previously a senior advisor to consulting firm McKinsey in Sydney. Prior to that he held a role as vice president of Enterprise Systems at BP for four and a half years until January 2013. And previously to that role he was a senior executive and partner at Accenture, leading the group’s SAP practice in the UK and Ireland.

The executive’s LinkedIn profile states that he holds a Bachelor of Business Science (Finance and Economics) from the University of Cape Town. He has a working knowledge of both Italian and Afrikaans and lists his interests as cycling, golf, tennis, wine, travel, technology and skiing.

In his statement, Narev said the appointment of Whiteing continues the bank’s track record of promoting internal candidates to executive roles. “David is a highly experienced business and IT executive with a track record of delivering technology and process transformation in many industries, including financial services, both in Australia and overseas,” Narev said.

Narev reinforced that technology and productivity are long-term strategic priorities of the Group. “David and his technology and operations teams will build on the Group’s extensive investments in technology to ensure on-going innovation for our customers, and continuing productivity, reliability and security.” Whiteing will commence his new role on 14 July 2014.

Whiteing has big shoes to follow. The bank’s outgoing CIO Michael Harte, who is taking up a senior role at UK-based Barclays Bank, has led many innovations within CommBank over the past eight years. He is best known for leading the $1.1 billion transformation of the bank’s core banking IT systems.

The CBA’s project was initially kicked off in 2008, with a projected value of $580 million, but has since doubled in size, with Harte confirming in March 2011 that its ongoing value was about $1.1. billion. Among Australia’s major banks, the only other bank to have initiated a similar core overhaul project is the National Australia Bank. The key partners involved in CommBank’s overhaul have been SAP and Accenture.

The benefits of the core overhaul have been legion for CommBank. Chief among them has been the ability of the bank to deliver real-time banking services (include intra-day transfers and instant new account opening) to its customers, as well as drastically simplifying its core banking operations in a way that cut out costs and sped up the bank’s ability to deploy new banking products. As a whole, due to the core upgrade, CommBank has become a markedly more agile organisation.

The overhaul has vaulted CommBank ahead of its rivals in terms of its IT operations, with Harte stating in March 2011 that the bank was between two and five years ahead of its competitors in the field.

However, Harte has also taken a role in implementing a wide range of other improvements to CommBank’s operations. The bank’s internal IT infrastructure, from its corporate software to its end user PCs and smartphones, has been modernised, and Harte has also emerged as a leader in the cloud computing space, evangelising the new technology paradigm and pushing for its implementation in the financial services sector.

In terms of its own retail customers, CommBank has stepped out ahead of its rivals in a number of areas, introducing new features such as tap and go EFTPOS banking, payments via social media platforms such as Facebook and email, and most recently, cardless ATM support.

However, Harte’s tenure at CommBank has also not been without its issues. For example, in July 2012, a disastrous patch which appeared to have been applied by a key supplier to the bank, HP, took down much of the bank’s internal systems and resulted in branch staff being unable to service customers.