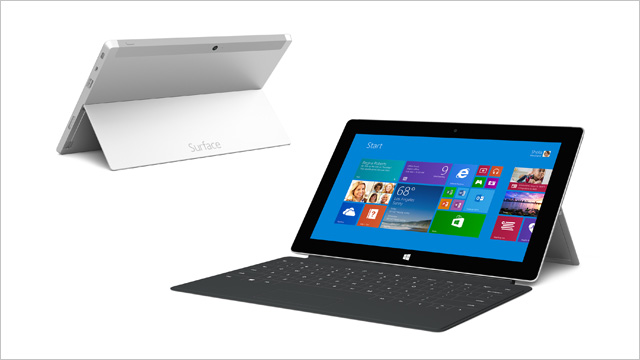 news Minor Federal Government agency the Australian Transport Safety Bureau has revealed plans to refresh its staff PC fleet not with laptops, not with desktop PCs, but with Microsoft’s Surface Pro 2 tablet, in one of the first known deployments of its kind in Australia.

However, if the the Australian Transport Safety Bureau is any indication, Microsoft may have more of a winner on its hands with its Windows 8 and Surface product familiies than many realised. The agency’s plans were first outed by ZDNet.

The agency is only a minor organisation within the Federal Government. It employs just 125 staff nationally, with the remit of improving safety and public confidence in the aviation, marine and rail modes of transport, principally through investigation of accidents in those areas.

According to tender documents released this week, much of the agency’s IT needs have been provided through the Department of Infrastructure and Regional Development, which it only separated from in 2009 when it became an independent statutory authority.

To better meet its evolving needs, the agency this week went to market for a wide range of IT services. But probably the most interesting aspect of its purchasing effort is its plans to replace its desktop fleet with Surface Pro 2 machines.

Its tender documents state: “The ATSB wishes to refresh its current Desktop and Laptop Computer environment and adopt a Microsoft Surface Pro 2 platform running Windows 8.1 at the commencement of the initial term.”

If the ATSB does shift to Surface Pro 2 tablets as part of its desktop fleet, it will represent one of the first known examples in Australia where desktop/laptop infrastructure has been replaced with integrated tablets, instead of supplemented with devices such as iPads.

Such ‘integrated’ devices are known to have been deployed in the education system, where their multi-functional nature, especially associated with the availability of a stylus, has proven attractive to some schools. However, in general most major organisations have chosen to stay with the traditional laptop/desktop PC model for most of their staff, supplementing that infrastructure with tablets or replacing laptops in the field with tablets where necessary.

opinion/analysis
It’s fascinating to see what the ATSB is up to here. Replacing desktop/laptop infrastructure with unified tablets is clearly what Microsoft has long had in mind for Windows 8, and this example shows that the company’s vision is at least partly coming to fruition.

Would I personally be satisfied using a Surface Pro 2 as my primary desktop machine? No, I would not. I would hate it — even if the unit was connected to a large external screen, I still suspect very strongly that I would not find such a unit adequate for my requirements. Storage space, processing power, user interface … all these are things which would annoy me. I currently use a 27″ iMac with external monitors hooked up, because I find that is the way I can work most efficiently.

But I’m not a typical worker, and I suspect that in many corporate environments, the Surface Pro 2, connected to a docking station and large external monitor, would be a perfectly fine solution, which could then be taken on the road as necessary, functioning as an excellent tablet/laptop hybrid. It will be fascinating to see if the ATSB goes ahead with its planned deployment and how that deployment will be functioning several years down the track.

Also, just a quick message to those iFanbois who have long been claiming Windows 8 shows Microsoft is doomed. This kind of deployment is precisely what Windows 8 aims at. Consider for a second that Apple, at the moment, does not have a comparable solution to this example. All its devices are stand-alone units.