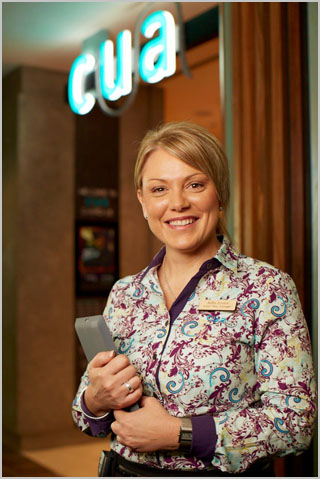 news Minor banking and financial services group CUA has claimed victory in an overhaul of its core banking platform conducted with the assistance of Tata Consultancy Services (TCS).

The overhaul was confirmed in March 2011 as the group announced it had selected TCS as the provider of its new platform. TCS sells, integrates and maintains a core banking platform known as BaNCS, in competition with other major technology providers to the banking sector such as CSC, SAP and Oracle. At the time, CUA said the upgrade project would take around two years.

In a statement released yesterday, CUA said it had “successfully implemented” the new platform, which would ensure its capability to provide “better priced, more flexible and innovative products and services” to customers into the future. CUA and TCS also simultaneously launched CUA’s new Online Banking service, using TCS’ BaNCS software.

According to Sue Coulter, CUA’s General Manager, Business Transformation and Core Banking Project Director, the “significant project” underpinned the company’s growth and transformation strategy as well as further strengthening its position as a leader among its peers and as “a genuine challenger” in the Australian financial services market.

“Our new core banking system provides a single integrated approach across all consumer banking products, including transaction banking, lending, mortgages and deposits, as well as online and mobile access. This level of real-time integration places CUA in a leading position within the retail banking industry in Australia,” said Coulter.

“This hasn’t just been a large technology project; it has been the driver of significant business transformation. The replacement of a core banking system is an incredibly complex project and for an organisation of our size to manage such a smooth systems transition in tandem with the launch of a new Online Banking service is a great achievement.”

Chris Whitehead, Chief Executive Officer, CUA, said: “Our extensive preparations – while certainly demanding on our people who balanced them against the continued delivery of business as usual – proved invaluable and we now have a system that gives us the flexibility we need for the future.”

“Immediately following the transition of our systems, our priority was to ensure stabilisation and be available to assist our customers with any enquiries. We have worked hard to manage a few system changes to some of our payments and processes and have kept our customers fully informed every step of the way.”

Like many financial institutions in Australia, CUA’s previous core banking system was over 20 years old. The decision to replace it with a modern, scalable and configurable TCS BaNCS system ensured CUA, the company said, would be able to improve internal processes and efficiencies, facilitate enhanced customer service and enable the development of better, more flexible products.

Colin Sword, Country Head, TCS Financial Solutions – Australia and New Zealand, said, “We are pleased to go live with our TCS BaNCS software solution at CUA. TCS BaNCS will assist CUA to automate its banking processes and provide best-in-class customer service, thereby maximising operational efficiency and minimizing risk. CUA’s new Online Banking platform will also provide customers with a modern, new look coupled with an easy to navigate Online Banking experience. I would like to congratulate CUA and the team on this transformation success.”

Across the duration of the project, the teams from CUA and TCS also worked closely with local company Cuscal which provided technical support and systems testing as well as critical support over the systems’ transition.

According to Whitehead, CUA expects its new core banking system to bring significant customer and business benefits over the long term.

“The initial improvements from our new system are largely internally focused, including improved internal efficiencies, more user friendly and intuitive interfaces and streamlined processes. However, customers are already experiencing better service due to the single holistic view our frontline staff now have of their profile, product and service requirements and we expect to be able to introduce further customer and product improvements later this financial year,” the executive said.

The first release of CUA’s revamped Online Banking service offers customers an immediate range of improved features and functionality, including updated security via an SMS security code, enhanced menu options and the ability to open an eSaver or Term Deposit account quickly and easily.

Whitehead concluded: “Like our old core banking system, our previous Web Banker system served us well, but was unable to meet our customers’ needs for the future. Our new Online Banking service gives us a platform to make ongoing feature and functionality improvements and we are already working on a range of short and long-term upgrades to ensure we provide the best possible service to our customers.”

The news of CUA’s core banking upgrade comes as a number of its major competitors are struggling to migrate to more modern platforms.

The Commonwealth Bank has largely completed its own, billion-dollar migration to SAP’s core banking platform with the assistance of IT services group Accenture, and is reaping similar benefits as CUA has promoted in its statement today. NAB is also on the same track with Oracle, although the bank appears to be years away from getting to the same level that CBA claims to have reached.

However, others such as Westpac have put off a core banking overhaul for much of the past half-decade. Four years after it first started talking about migrating its core banking platform to Celeriti, the next generation of CSC’s Hogan system, and five years after it acquired St George, which already uses Hogan, Westpac last week finally confirmed imminent plans to start taking action on the issue. ANZ Bank has not yet confirmed any plans to upgrade its core banking system.

The ongoing upgrades, while of benefit to customers of the individual banks and the banks themselves, also have a cumulative systemic effect as they progress. The Commonwealth Bank, for example, has enabled functionality allowing it to process intra-day transfers of money between banks, instead of customers having to wait overnight for bank transfers. However, these intra-day transfers cannot fully take effect until other banks have also updated their systems.