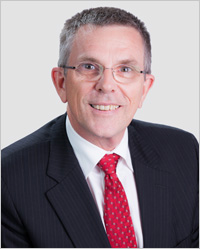 news The Queensland State Government this morning launched an ICT Action Plan containing dozens of measures designed to transform its extremely troubled ICT project and service delivery capabilities, as well as switching on its US-style ICT dashboard designed to give onlookers direct information about the state of its ICT projects.

In June, a comprehensive audit of the state’s ICT infrastructure and processes showed that ninety percent of the Queensland Government’s ICT systems were outdated and would require replacement within five years at a total cost of $7.4 billion, as the state continues to grapple with the catastrophic outcome of years of “chronic underfunding” into its dilapidated ICT infrastructure. In addition, it has suffered a number of high-profile ICT project disasters, including the Queensland Health payroll systems debacle, which blew out in cost to $1.2 billion.

“It drills down to the particulars, and clearly defines initiatives and their issues, and the actions needed to resolve those issues – giving clear timelines and identifying owners for each action,” Walker said. “We’re also supporting small to medium enterprises (SME) by providing that at least one suitable SME will automatically be shortlisted in the evaluation of ICT offers. The plan shows we are committed to using ICT to drive productivity in the government, deliver improved government services and provide opportunities for the local industry,.”

Chamber of Commerce & Industry Queensland (CCIQ) lead for Technology Maree Adshead welcomed the action plan, in Walker’s statement. “For the first time business has skin in the game. We must now move past our own individual preconceived ideas and galvanise as an industry around this plan, which is key for a prosperous ICT industry in Queensland,” Adshead said.

Walker said he had taken decisive steps to reform the way the Newman Government not only invested in, but also managed, ICT. “In an Australian first, all significant ICT projects will be highly visible through a public-facing ICT Dashboard,” Walker said. The ICT dashboard concept was popularised in the US Government under then-whole of government chief information officer Vivek Kundra, in the first term of the Obama administration.

“Today, my Department was the first to go live. Queenslanders can now see the names of ICT initiatives, along with their investment objectives, timeframes and costs. Had this level of openness and accountability been implemented under the previous Labor Government, Queenslanders would not be facing a $1.2 billion bill for the Health Payroll disaster.”

All Government Departments will publish their data on the dashboard by 30 November 2013, which Walker said would ensure better risk management of major government ICT activities.

The Action Plan itself appears to be similar to similar plans recently released in New South Wales and Victoria, in that it contains both broad overarching themes, as well as specific initiatives which the state will take to meet those themes.

For example, in the ‘digital services’ section in terms of meeting the needs of ordinary Queenslandders, the ICT Action Plan contains initiatives such as setting up a ‘One Stop Shop’ for access government services, to be completed by June 2014. In the area entitled ‘efficient digital services for government’, some of the aims listed include the need to implement an ICT contestability framework by November 2013, as well as developing new a ICT sourcing policy ad total cost of service modelling method (both by December 2013).

opinion/analysis
I strongly criticised the release of the Queensland Government’s initial high-level ICT strategy in July, writing at the time:

Despite the Minister’s protestations, the ICT Strategy released today is, flatly, a joke. It’s the briefest, least-detailed, highest-level document of its kind that I’ve ever seen, and barely deserves its own title. I am not exaggerating when I say that I personally could have constructed a rough version of it from scratch in less than a day.

What we need to see now from Queensland — as we saw in Victoria when that state produced its own fluffy ICT strategy — is a concrete implementation plan to match its ICT Strategy. The state needs to flesh out its principles and goals with actual action points, dates to match them, and benchmarks by which it will judge its progress. It needs to detail urgently how it will train its staff and set in place strict governance controls to ensure it doesn’t suffer another repeat performance with a payroll upgrade like Queensland Health. It needs to actually go ahead with that IT dashboard it’s contemplating and make sure it has names and titles included, so that there are people accountable when things start going off the tracks with its major IT projects. It needs to issue a series of internal commandments through its Director-General’s Council that will ensure that each departmental CIO immediately changes their procurement and project management approaches.

I’m really not exaggerating when I say that the scale of the issue facing Queensland right now is really quite frightening. Its most immediate problem is that it has a number of high-risk IT systems which are slowly dying and which have the potential to take down key areas of service delivery with them. This alone would be a massive issue, given the state’s demonstrated abysmal ability to upgrade and replace key IT systems.

But it’s also true that virtually every other area of Queensland’s ICT systems and processes are also right on the brink of disaster. It doesn’t have much in the way of centralised ICT procurement, so it’s constantly burning money it shouldn’t be when it buys basic things such as desktop PCs and telecommunications. Most of its underlying infrastructure is out of date and needs replacing; but it’s not clear that Queensland can afford to replace it. And when you get beyond the urgent IT systems which need to be replaced right now, there are also clusters of almost-urgent systems which are also reaching end of life. There’s also that pesky issue that its out of date IT systems are riddled with security issues, including the fact that some of its departments are hosting botnets.

So does the ICT Action plan meet those aims? On the face of it, yes, it does. The Minister has today released a concrete, detailed ICT action plan which provides direct guidance for how each and every department and agency in Queensland should move forward with their ICT initiatives.

However, I am also conscious that right now, the depth of the issues facing Queensland in terms of its IT operations is worse than we’ve seen in other states. Both NSW and Victoria, for instance, have major problems with ICT projects, and most states have also, like Queensland, recently pulled back from their previous ICT shared services strategies.

Minister Walker’s ICT Action plan is precisely what the Queensland Government needs. But I’m still skeptical about the ability of its departments and agencies to deliver on its tenets. It will be interesting to see over the next several years whether “almost 80 measures” contained in the plan for reforming Queensland’s ICT operations are delivered on time. Because history certainly suggests that they will not be. In a dramatic break from the past, Queensland suddenly has a concrete and detailed ICT policy. Now let’s see whether it can actually implement it.