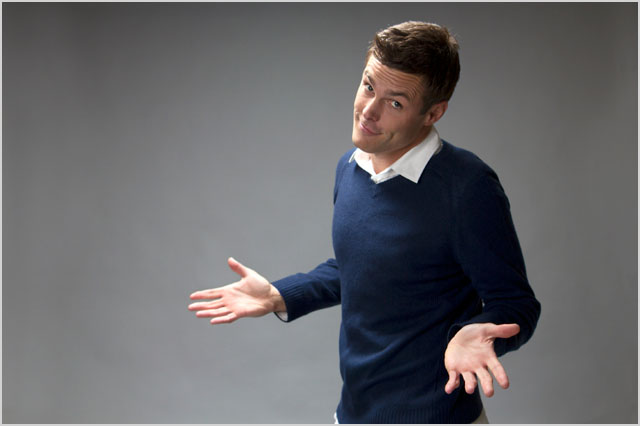 blog Sometimes you just have to laugh. Laugh hard, and laugh long, because otherwise you would cry. While many Australians in metropolitan areas are intensely frustrated by their lack of competitively priced high-speed broadband access, due to a lack of ADSL2+ ports at their exchange, premises a long distance from the exchange, or simply because their copper telephone line is relatively unreliable, many residents and businesses in the early rollout zone of Armidale in rural NSW have had the NBN’s fibre for some time. The only thing is, according to Business Insider, most of them couldn’t care less. A choice paragraph from the site’s article on the subject (we recommend you click here for the full article):

“A lot of the – there’s no real nice way to say this – a lot of the nerds and geeks are excited, but the majority of people just don’t care,” says Armidale local Dave Martin, 29.

On the one hand, I can’t help but be a bit cynical about this article. After all, if you interview people who work in a local fish and chip shop or a newsagency, of course they’re going to tell you that the NBN hasn’t changed their lives. They don’t need fast broadband for their job. However, on the other hand, this apathy in Armidale towards the fact that they have amazing broadband is also emblematic of a wider problem with the NBN — it is being rolled out first in rural and regional areas where less people care about fast broadband than residents of metropolitan areas do. Armidale has less white collar workers of all kinds, and these knowledge workers are the sorts of people densely packed around the CBDs of major cities like Sydney and Melbourne who are prepared to pay top dollar for the best broadband. At the end of the day, there’s a lot of crazy political maneuvering which has gone into the NBN rollout that has obscured its real technical outcomes; and this article demonstrates that perfectly.