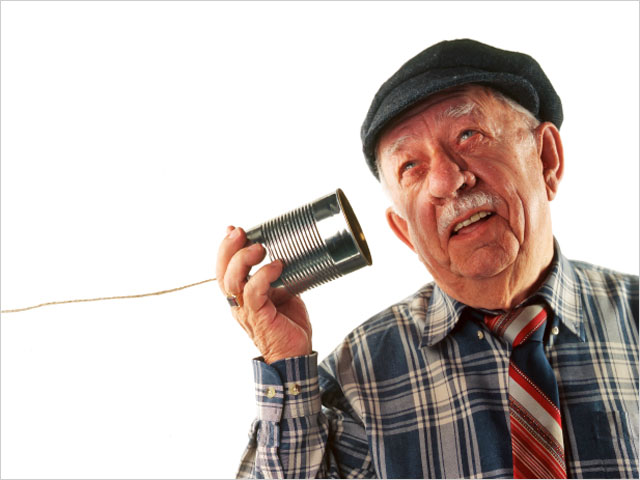 news Shadow Communications Minister Malcolm Turnbull last week made the controversial claim that the fibre to the premises technology used in Labor’s National Broadband Network had been “largely superceded” by the Coalition’s preferred fibre to the node model, and that there wasn’t significant evidence to show that the higher capacity of FTTP was “necessary” or “valuable”.

In general, globally, FTTP is considered a vastly superior broadband service delivery platform to FTTN on a technical basis, due to FTTN’s continued reliance on the legacy copper networks of incumbent telcos such as Telstra and British Telecom. Copper networks are inherently less reliable than fibre networks, being subject to water damage, and do not deliver uniform speeds to customers, with potential speeds decreasing rapidly as premises get further away from their telephone exchanges and local neighbourhood ‘nodes’, in the case of FTTN. In addition, the width of the copper cable is seen as a significant limiting factor in terms of speed, and significantly lower upload speeds are possible than download speeds.

In addition, the limitations of the copper portion of FTTN networks means that there are some applications — such as uploading large files, very high-definition video broadcasting (especially multiple channels simultaneously to the same residence), remote health work such as remote surgery and others — that are inherently more suited to FTTP. Globally, telecommunications experts are predicting, based on past growth, that bandwidth demands will continue to explode over the next several decades, pushing the boundaries that FTTN networks are able to provide.

FTTN networks, utilising a portion of the existing copper networks, are predominantly being deployed globally by telcos such as AT&T, France Telecom, BT and Deutsche Telekom because they are viewed as representing a useful and economical interim step to the long-term replacement of entire copper networks with fibre. In most cases, including in the UK, the telcos deploying FTTN are also making available FTTP services in certain areas or on demand, due to the recognition that FTTN may not be adequate to suit all uses. The Coalition itself has pledged to make similar FTTP ‘extensions’ available at a cost in Australia, in its NBN policy.

For example, in February this year, the French Government revealed that a combined €20 billion investment in fibre broadband technology, representing a combination of public and private funding, would be ploughed in to help bring the nation’s ageing telecommunications networks up to spec and “terminate the copper”. At the time, French IT Minister Fleur Pellerin said it was important to realise that governments needed to plan for the long-term.

“We think maybe today we don’t realise what kind of speed our citizens will need in the mid-term. But with e-health, with e-education, with smart grids, all these new uses that are not plain, not developed today – you will need maybe in the next five years or in the timeframe that you don’t expect today – you will need these speeds. So I think it’s a very good investment to choose the best long-term technology.”

However, in an interview with radio shockjock Alan Jones last week (the full transcription is available online), Turnbull appeared to deny this long-term future.

“I mean Alan I believe in being absolutely straight and transparent about this, there is no doubt that fibre optic technology gives you the potential for the highest speeds but the question is are those speeds necessary, are they valuable, is there anything you can do with them that you can’t do with a smaller pipe as it were?” asked Turnbull. “… the problem with the Labor Party approach is that they specified a particular technology in 2008 and it has been in large measure superceded.”

“Now I’m not suggesting it doesn’t remain, if you like, the ultimate solution, but what’s happened in the interim – and Jennifer Hewitt has a very good piece about this in the Financial Review today – what’s happened in the interim is the other technologies using the last few hundred metres of copper have got better and better and better so you’re now at a point where if you are 400m, say, four or five hundred from one of these nodes, under the technology we are proposing you will be able to get 100 megabits per second.”

Turnbull added: “… you hook into that last four or five or two or one hundred metres of copper and what you do there is you save all of that expense of that last section … anything between 75% to 80% of the cost of the project and the point is that there is very little additional advantage or value or utility that comes from doing that given the improvements in technology.”

Turnbull also claimed that the Labor Federal Government had not examined alternatives or properly costed its NBN project before going ahead with it.

“The Labor Party is disconnected from reality,” he said. “At no time did they ever ask the fundamental question: what is it we are trying to achieve? Now the answer to that would be we want everyone to have very fast broadband. The next  question would be: what is the fastest, most cost effective and most affordable way to do that? Lets look at the options and weigh them up. They never did that either. They went for the most expensive, the most laborious technology option without considering any of the alternatives and they did so without any reasonable basis for knowing how much it would cost or how long it would take.”

However, the then-Rudd Government did examine both FTTN and FTTP technologies in late 2006 and early 2007; in fact, Labor took a FTTN NBN policy to the 2007 election. Ultimately it concluded that a FTTP rollout would allow the Government to break Telstra’s monopoly over Australia’s last-mile telecommunications infrastructure and lay a foundation for the next 50-100 years of broadband service delivery in Australia. The National Broadband Network Company has produced several corporate plans since mid-2007 showing that the Government’s estimates of over $40 billion worth of capital investment required to build the NBN remains more or less on track.

opinion/analysis
I know we’re in an election campaign, and politicians are supposed to represent their own policies in the best possible terms and their competition’s policies in the worst possible terms, but Turnbull was really spinning some high-grade horse manure on Alan Jones’ show last week and severely misleading listeners.

Sure, FTTN is a viable technology for high-speed broadband service delivery in Australia for many premises for the next several decades, and some of the speeds which Turnbull has talked about are realistic in Australia. We can clearly see this through the examples we have in other countries, where FTTN is already being used extensively. This is a trusted technology, which is well-understood and is actively being developed. It’s only getting better, and there’s life in the copper yet.

But only someone very disconnected from the reality of the telecommunications industry would believe that FTTN has the potential to “supercede” FTTP in any sense.

FTTN will likely always remain part of the mix. But I think most telecommunications industry experts expect that, on a globally consistent basis, FTTN’s utility will rapidly deteriorate over the next several decades. If we go forward 20-30 years, which is not actually that long a time frame (remember, it will take most of the next decade to build either version of the NBN), current bandwidth growth strongly suggests a shift to FTTP will be inevitable.

Much of the issue is in FTTN’s weak ability to deliver upgraded upload speeds. Increasingly, as more knowledge workers start working from home in smarter economies, and consumers consume more and more entertainment from their own residences, the lines between home and work are becoming more and more blurred. Education, health, employment, entertainment and other outcomes will increasingly be delivered from the home in future, and increasingly already are. And the global bandwidth growth evidence strongly suggests that only FTTP will be able to handle these demands in the long-term. Not wireless. Not FTTN. Not even HFC cable. FTTP.

I’ve written many times that the Coalition’s NBN policy is a sensible alternative to Labor’s NBN, and it is. Turnbull’s right — what matters right now is not that Australia has the highest speeds or most reliable broadband infrastructure, but that we move quickly to get the nation up to speed with decent high-speed broadband over the next five or so years. We’ve delayed this upgrade for a decade. It needs to happen quickly, and FTTN is a good way to make that happen quickly. FTTN, with some limited FTTP in areas such as business estates and CBDs, and to educational institutions and hospitals, will stand us in good stead

However, it’s also important to realise that FTTN is very much only an interim step. It does not “supercede” FTTP. As soon as a FTTN rollout under a Coalition administration was complete, discussions would then turn very quickly, and rightly so, to the next step: Deploying FTTP gradually, firstly in areas where it’s most needed but then everywhere else, over the succeeding several decades.

Let’s be very clear about this: FTTN is an interim broadband technology. As a nation, if we’re going to talk about replacing a copper telecommunications network which has been in use for a century, then we need to realise that the infrastructure we use to replace it must also last at least that long. It is a certainty that FTTN will not and that an upgrade to FTTP will need to kickoff as soon as FTTN is in place. Technology’s like that: It doesn’t stand still while politicians and bean-counters bicker about costs.