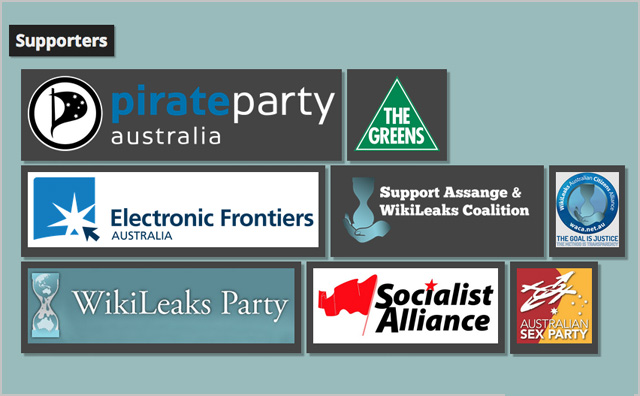 news Global protests against the PRISM surveillance program operated by the Unites States’ National Security Agency are slated to spread to Australia this Saturday, with a broad coalition of political and digital rights groups banding together to hold actions in major cities around Australia from lunchtime.

In early June, UK newspaper the Guardian published classified documents created by the agency, which stated that the NSA was able to gain “direct access” to the servers of companies such as Google, Facebook, Apple, Microsoft, Yahoo and Skype. The access allowed US officials to collect information including search history, the content of emails, file transfers and live chats.

Today, 4 July, a large number of US technology sites and organisations, including WordPress, Reddit, 4chan, Mozilla, Fark, TOR, Cheezburger and the Electronic Frontier Foundation are supporting protests in dozens of cities across the US in action aimed at pressuring the US Government to uphold the Fourth Amendment of the US Constitution, which many believe guarantees the privacy of US residents. The movement has organised under the ‘Restore the Fourth’ label.

“As citizens of a democratic country, we must take care that our democracy stays strong, and that the relationship betweens our branches of government remains balanced. Secret mass surveillence by its very nature denies that balance because it prevents oversight,” said David Campbell, President of Pirate Party Australia and Senate candidate for NSW. “We must make sure that what has been occuring in the United States is not replicated here.”

The Pirate Party said the existence of such surveillance was less concerning than the fact that it was “needlessly kept secret”, with the party noting speculation exists that Australian intelligence agencies may be implicated in the surveillance program or have had access to the data collected.

“The major parties have continually shown contempt for Australians by failing to be transparent and honest with us,” Campbell added. “We are increasingly aware of certain ways the Government has used laws for purposes they were not intended, and are doing so secretly. Many things are claimed to fall within the scope of the law, such as the use of section 313 of the Telecommunications Act for censorship. It is not enough to say that laws give the Government power and leave the matter there — we must be informed of when and how they use provisions so that the people of Australia can decide whether laws are being used appropriately.”

In a separate statement issued earlier this week, the EFA said the privacy of Australians was “at threat like never before”, with privacy threats including PRISM, Federal Police access to phone and Internet records, which was occuring up to 1,000 times a week, the fact that other government and non-government agencies — such as the RSPCA and Victorian Taxi Directorate — were also accessing phone and Internet records without warrants, and the fact that the Attorney-General’s Department still planned to implement mandatory retention of data about all Internet and phone communications.

“These activities threaten the privacy of everyone: you, your family, your friends, community groups, religious organisations, activists and political parties from all over the world,” wrote EFA executive officer Jon Lawrence in the organisation’s statement. “Privacy is still a fundamental human right in the information age. It protects our dignity from those who would wish us harm and prevents the state from intruding into our lives. Privacy gives us the freedom to live our lives the way we want to and we need to defend it!”

opinion/analysis
These local actions appear to have been organised quite quickly to coincide with the US protests this week. I’m not sure how many people will attend them at this point, but there certainly are quite a few groups involved, and several — notably the Greens and the Socialist Alliance — do command a large number of followers. It will be interesting to see how many Australians get off the couch to attend the events.