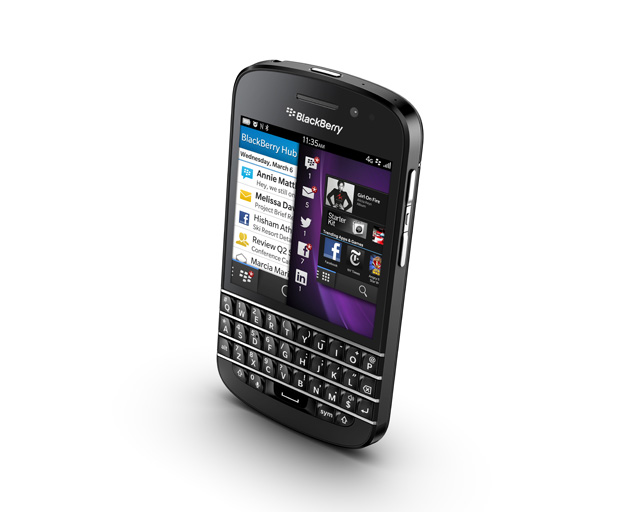 blog I’m honestly not sure how many people care at this point — are hardware keyboards still a thing? Is BlackBerry still a thing? But in case you do care — perhaps you’ve never been able to accept software keyboards as legitimate, or just don’t trust other brands, given BlackBerry’s history in large corporations and in government — you would no doubt be interested to know that the BlackBerry Q10 is shortly to launch in Australia. A media release issued by the Canadian company today tells us:

The BlackBerry Q10 smartphone is expected to be available for purchase with competitive pricing plans from carrier partners Optus and Telstra on July 1 and 2, respectively, and from retailers Harvey Norman and JB HiFi.

Given the fact that pretty much all the momentum in the smartphone business at the moment appears to be behind Apple and Samsung, and even major brands like HTC are struggling, one does very much wonder how much the Q10 even matters. I mean, everyone talks about the fact that there are “BlackBerry die-hards” out there, especially those who won’t give up physical keyboards, but are there really? I haven’t come across anyone who’s willingly been carrying around a BlackBerry with a physical keyboard for some time now — those that have them seem to have had them enforced by their businesses, and often carry around an iPhone on the side for personal use.

I’m keeping an open mind regarding the Q10, and I’ve asked for a review model. However, the device has also been out overseas for some time, and the Verge’s review in late April comes to mind as I consider the Q10’s launch in Australia. The site wrote at the time that for the faithful, the Q10 was “the ultimate BlackBerry”. However, it also described the handset as “the best horse cart in the age of the automobile”, and pointed out the fact that touch-screen keyboards were now ubiquitous and arguably as good as physical keyboards. I suspect it will be hard to disagree with that summation when it comes to the Q10.