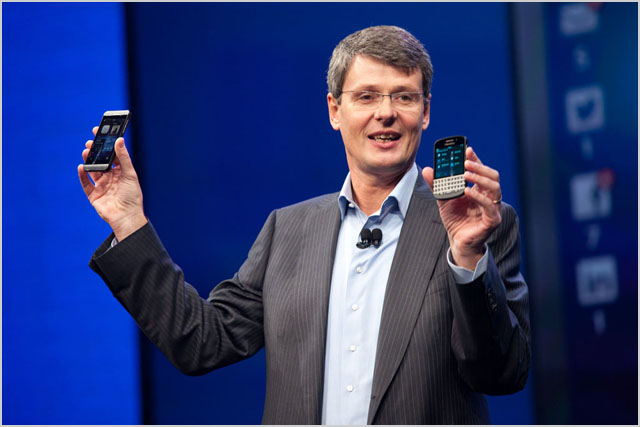 blog His company’s finances have long been heading south, its enterprise market share is being eaten wholesale by the likes of Apple and Nokia, and its latest operating system still suffers from poor third-party app support. But BlackBerry chief executive Thorsten Heins still has a smile on his face, and his new smartphones are getting decent reviews. Yesterday it was revealed the executive would bring that smile to Australia on Monday 18 March to launch the new BlackBerrys and share the happiness. Praise be. An invitation sent by BlackBerry to media this week states:

“Hosted by BlackBerry Australia’s managing director, Matthew Ball, the forum will include a keynote presentation by BlackBerry president and CEO Thorsten Heins and a live demonstration of the key features of BlackBerry 10; [and a] panel discussion on the future of mobile technology in the workplace, moderated by Adam Spencer, and featuring key industry panellists, including BlackBerry CEO Thorsten Heuns and some of Australia’s prominent business leaders.”

You know the drill. Delimiter will be at the event, video camera in tow. If you have questions for the Thorsten-meister, let us know and we’ll put them to him. But try not to be too harsh; after all, BlackBerry’s just getting back on its feet after a long convalescence. Or is it? Only time will tell.