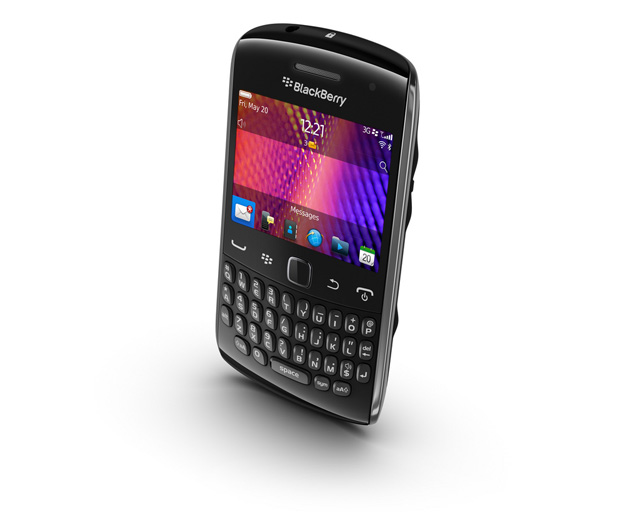 news Research In Motion (RIM) announced this week in Sydney that the BlackBerry Curve 9360 is now available in Australia through Vodafone.

RIM’s managing director for Australia, Adele Beachley stated in a statement: “We are excited to add the BlackBerry Curve 9360 to our portfolio in Australia. The Curve family of smartphones has always been popular in Australia and we think users will be very pleased with the significant performance enhancements in this model as well as the many benefits of the new BlackBerry 7 operating system.”

The smartphone comes with a physical keyboard and an optical trackpad for one-handed navigation. Other features include GPS and Wi-Fi support, and a 5MP camera with flash and video recording to capture and share pictures and videos on social networks. Additional media storage is supported in 32GB memory cards used in the device’s microSD/SDHC slot.

The new BlackBerry 7 OS powers the Curve 9360, with a series of hardware improvements such as added memory, an upgraded display and processor, and integrated support for NFC (Near Field Communication) – a new technology that supports additional capabilities like pairing of accessories or reading SmartPoster tags with a simple tap of the smartphone.

The smartphone comes pre-loaded with the latest version of BlackBerry Messenger which extends the real-time BBM experience to a variety of other apps, allowing users to interact within ‘BBM connected’ apps. BBM Music, which has recently been introduced in Australia, is available for download on the Curve 9360. Users can put together a growing, community-based music library, starting with their own collection of 50 songs and adding tunes shared among their BBM Music friends.

The next generation BlackBerry browser in the Curve 9360 combines the advanced WebKit browser engine with hardware enhancements to give users an appreciably faster and more fluid web browsing experience. The browser also features smoother navigation and optimised HTML5 performance that enable advanced gaming and video experiences.

Updates from media and favourites can all be captured in one consolidated view in the updated Social Feeds (2.0) app. The newly introduced Facebook for BlackBerry smartphones (2.0) app with features like Facebook Chat and BBM integration simplifies connecting with Facebook friends in real-time using push notifications. Twitter for Blackberry smartphones also uses real-time push notifications and Social Feeds integration.

The Curve has received broadly positive reviews internationally, although reviewers noted it mainly suited those who were already locked into RIM’s long-running product line, rather than those looking to switch from alternative smartphones such as the iPhone or Android lines. CrackBerry.com wrote:

“Thought it may be the “entry level” offering of the BlackBerry 7 Smartphone lineup, it trumps the BlackBerry 6 flagship — the Bold 9780 — in just about every way. If you need a nice looking, yet tough device to get the job done and are not looking to break the bank — the BlackBerry Curve 9360 is a great choice! No doubt.”

And CNET.com concluded about the handset:

“While the RIM BlackBerry Curve 9360 is a decidedly lower-end phone than RIM’s Bolds and Torches, we think it’s a great option for those still loyal to the BlackBerry brand.”

The smartphone is available from Vodafone on a number of plans.