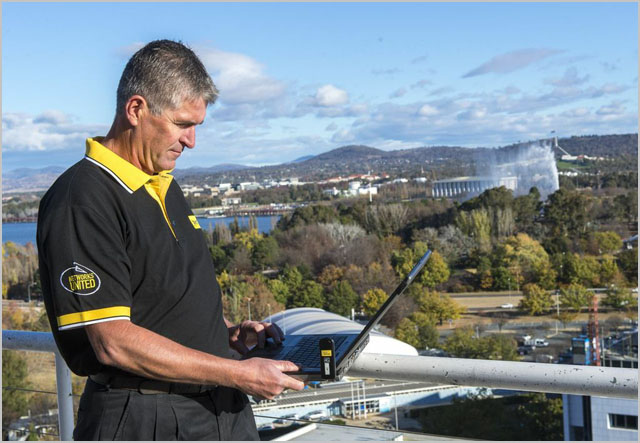 blog Good news for residents of our nation’s fair capital: That TD-LTE 4G mobile broadband network at 2300MHz which Optus has been planning for a while has finally hit Canberra, and Optus has released plan details for it this morning. Optus tells us in a media release:

Canberra is the first city in Australia on Optus’ new 4G TD-LTE network, with 13 sites in the nation’s capital activated with this new 4G technology*. 4G coverage is currently available in selected parts of the city centre, with a plan to progressively expand to more than 50 sites in Canberra over the second half of this year.

“The launch of Optus 4G in Canberra today represents another important milestone in our ambitious 4G expansion program, which in the past 12 months has delivered 4G to many mainland capital cities and holiday hotspots such as the Gold Coast, Coffs Harbour, Byron Bay and Toowoomba,” said Günther Ottendorfer, Managing Director of Optus Networks.

“Customers will need compatible devices that operate on the new technology in Canberra, but these 4G Dual band devices will integrate with our existing 4G network in other cities and our 3G network nationally,” Mr Ottendorfer continued.

The first 4G Dual band compatible devices – the Optus 4G Dual band USB dongle and WiFi modem – are now available in Optus stores, online and through telesales. To coincide with the arrival of the exciting new network and devices, Optus has released a new and exciting range of mobile broadband plans, with simpler price points, fairer options and a more flexible plan so customers don’t have to worry about large excess usage fees.

“Some of our customers have been trialling Optus 4G in Canberra in the past month, and we’ve seen the new network deliver a great 4G experience,” Mr Ottendorfer said.

“As part of Optus’ ongoing network rollout, we are aiming to expand coverage of our integrated 4G network to 70 per cent of Australia’s metro population by mid-2014. Many of our mobile sites will be upgraded to support Optus 4G Dual band compatible devices so our customers can browse, download and stream on Optus’ superfast 4G network in more places than ever before.”

Optus customers keen to get their hands on 4G Dual band devices can choose either the E3276 v2 premium USB modem or the E5776 WiFi modem, which supports up to 10 WiFi connections at once. Both devices are compatible with Optus’ entire 4G network, and backward compatible with Optus’ 3G network. Both devices are now available to customers with postpaid or prepaid services.

And the plans are as follows. Let us know what you think. We haven’t really seen this style of 4G network in Australia before, so it’ll be something new for the telco sector to digest. Notably, there aren’t any compatible handsets on offer yet, so don’t go believing you’ll be able to connect your iPhone 5, Galaxy S4 or HTC One to this baby. It won’t sync ;) 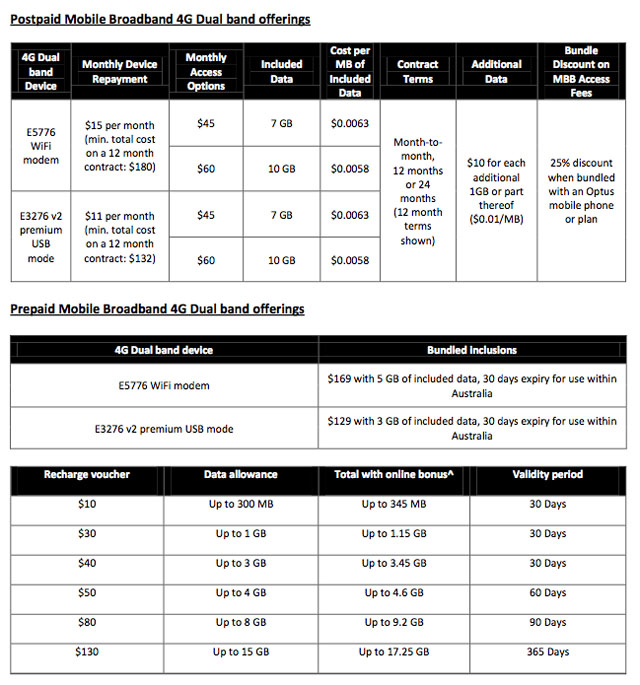