blog If you’re a fan of hit US TV series Arrested Development (hell, who isn’t at this point?), you will have been buoyed by the news that US IPTV giant Netflix has bought the rights to a fourth season and stream it online. But then you would have been immediately depressed by the realisation that Netflix currently blocks Australians from subscribing to its popular service. At this point, most Australians who watch the show have probably resigned themselves to (ahem) obtaining it through Channel BitTorrent. But there is one organisation still maintaining the rage: Consumer advocacy group Choice, which has written to Netflix demanding to know what the hell is going on. Choice’s full letter (as posted on its Twitter this week) is below: 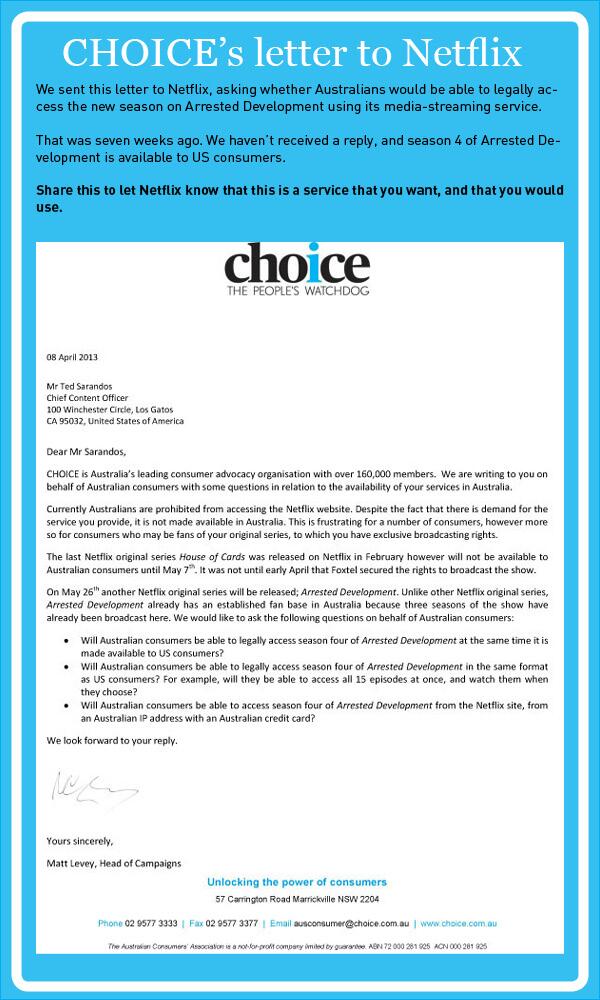 To be honest, your writer has pinged Netflix about Australian access a few times, and the IPTV giant has consistently shown little interest in the Australian market. We suspect Choice isn’t going to get anywhere with Netflix either; especially considering the company hasn’t even responded to Choice’s politely worded letter yet. However, this kind of initiative really can’t hurt. The more people that pester Netflix about an Australian launch, the more impetus the company has to focus on the local market.