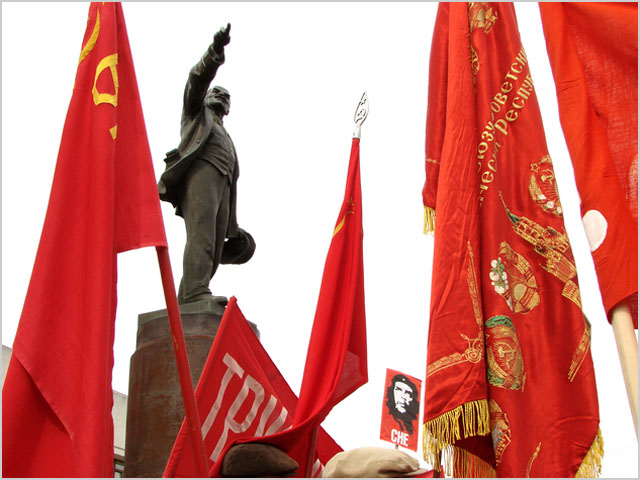 news Shadow Communications Minister Malcolm Turnbull has come out swinging against what he today described as “misleading and dishonest” material criticising the Coalition’s NBN policy and promoting Labor’s own, which prominent Labor MPs have started distributing to their constituents ahead of the upcoming Federal Election.

In a statement published on his website this morning, Turnbull gave three examples of misleading material which various Labor MPs had distributed over the past several weeks since the Coalition unveiled its rival NBN policy in April. The Coalition policy shares a large number of features with Labor’s existing vision, with the major difference being that a majority of the population will see only partial upgrades to their existing copper fixed-line broadband connections (fibre to the node); Labor’s policy is seeing the copper entirely replaced (fibre to the premises).

In the first example, Turnbull highlighted a letter sent by Labor MP for Adelaide Kate Ellis to constituents (PDF). In the letter, Ellis initially speaks in relatively generic terms about the rollout of Labor’s NBN, without mentioning the Coalition’s rival policy. However, in the second part of the letter, Ellis appears to make a number of statements which are either contestable or delivered without context.

For example, Ellis’ flyer states that a “standard fibre connection” under the Coalition policy would cost up to $5,000, that the Coalition’s policy uses “100 year old copper wire with slow speeds”, that not every household will pay the same price under the Coalition’s plan, that the policy won’t support “high-definition video conferencing for e-health and education”, and that the policy hasn’t been independently verified or costed, with “experts calling it a “lemon””.

Labor’s “superior model” would “give our kids access to the libraries of the world and boosts our e-health industry”, according to Ellis.

However, as Turnbull pointed out, Ellis’s statements lack context in terms of the NBN debate. It is true that the Coalition is envisaging that users will be able to pay a fee to have fibre extended all the way to their premises, but it is also likely that only a small percentage of end users comparatively will initially request this service, given the fact that the Coalition’s FTTN plan will deliver speeds of between 25Mbps and 100Mbps by the end of 2016 to most Australians by the end of 2016.

“Labor’s reference to paying for a connection is classic spin,” said Turnbull. “While we anticipate that for the vast majority of consumers in the areas serviced by FTTN the speeds offered will be more than adequate – most at 50 mbps or more, none less than 25 mbps – there is the technical possibility to run fibre to one or more customers in an area served by a node. In the UK this product, known as “fibre on demand” is made available for a fee. For a customer living 500 metres from a node, for example, the charge is GBP1500 or about $2,250.”

Ellis’s claim that high-definition videoconferencing and e-health applications will only be possible over Labor’s NBN infrastructure is demonstrably false. HD videoconferencing is actually already possible over much of Australia’s existing broadband infrastructure, and many e-health applications are already utilised in Australia. In terms of this kind of application, it is likely that there will be initially little difference between the Coalition’s policy and Labor’s policy, given that both will feature fixed-line broadband networks with high download speeds and good latency, even for time-sensitive video applications.

“Countries such as Britain and AT&T in the United States have delivered fibre-to-the-node and high definition video conferencing is being used as we speak,” said Turnbull. “In fact, Analysys Mason advises that bandwidth requirements for high definition video conferencing is a symmetrical 1.5mbps. BT in the U.K. is offering speeds of up to 76mbps downlink and 19mbps uplink over FTTN – well in excess of these requirements.”

“One of Labor’s repeated lies is to suggest that all of the benefits of connection to the Internet are only available via a fibre to the premises network. For example, the kids in Australia who are most disadvantaged by distance are of course those in remote Australia. Yet they will receive either a satellite or wireless service delivering 25 mbps under either approach to the NBN.”

Another letter (PDF), sent by Minister for Climate Change, Energy Efficiency, Industry and Innovation, Greg Combet, made similar claims. “Only Labor will connect the NBN to every single home and business for free. The Abbott Liberal plan will mean you pay thousands of dollars to connect,” Combet wrote, in what appeared to be a misleading statement. “It is critical that Labor’s plan for Maryland is not jeopardised.”

And in another letter, to the editor of the North Eastern Advertiser, Communications Minister Stephen Conroy claimed: “Tony Abbott would make families and businesses in north eastern Tasmania pay up to $5000 to get connected to the NBN – a connection that would be free under Labor.”

“Again, standard internet connections under the Coalition, offering speeds of up to 100mbps will be made available on the same terms as a fibre connection under Labor would be – no charge other than the usual fee to a retail service provider,” said Turnbull. “This is especially disappointing coming from Mr Combet, given he wrote a press release in March claiming the Coalition was engaging in a ‘hysterical scare campaign’.”

The letters issued by Labor MPs over the past several weeks don’t represent the first time such misrepresentations have been made with respect to the Coalition’s NBN policy. In the days after the release of the policy in mid-April, for example, former Prime Minister and Foreign Minister Kevin Rudd made a factually inaccurate statement on Twitter regarding the Coalition’s rival National Broadband Network policy, falsely claiming that much of his electorate will see “zero upgrade” from the policy, when in fact the Coalition’s plan covers 100 percent of Australia, as does Labor’s own.

Similar to the misleading infographics distributed by Labor MPs over the past several weeks, an infographic currently published on the Facebook page of the Liberal Party of Australia misrepresents Labor’s policy. It conflates Labor’s initial, $4.7 billion policy outlined in 2007 with its reformed 2009 policy, falsely alleging a blowout from $4.7 billion to $90 billion in the project, and a decade-long project timetable extension.

opinion/analysis
Turnbull’s right — Labor MPs are currently out there making a number of misleading statements about the Coalition’s NBN policy. The $5,000 claim for getting fibre connected to your premises is being made constantly now, and I can’t even be bothered counting or reporting the number of times it’s being made. Put into context, this claim can be justified, but when you consider the fact that most of the population will doubtless be content to remain on fibre to the node instead of paying to upgrade, and that many Labor MPs are not putting the claim into the necessary context, it constitutes a misleading allegation.

Of course, what all of this means is merely that the shoe is a little bit on the other foot for the Coalition, which has been doing its best to slander Labor’s NBN with a series of inaccurate and misleading allegations over the past several years. It’s a little hypocritical for Turnbull to claim the high ground of truth and justice when it comes to depicting NBN policies accurately, when the Coalition has spent the past several years filling the airwaves with a series of misleading statements about Labor’s own policy — and it continues to do so.

I’d like to see both sides of politics cut out the spin and get back to what’s really important here — accurate policy debate, and giving the electorate fair accounts of the various policies out there so that people can make up their own mind. If politicians did a little more of this and spent a little less time trying to score slag-points on the opposition, the general public might stop seeing the entire political class as a den of infamy and scoundrels.