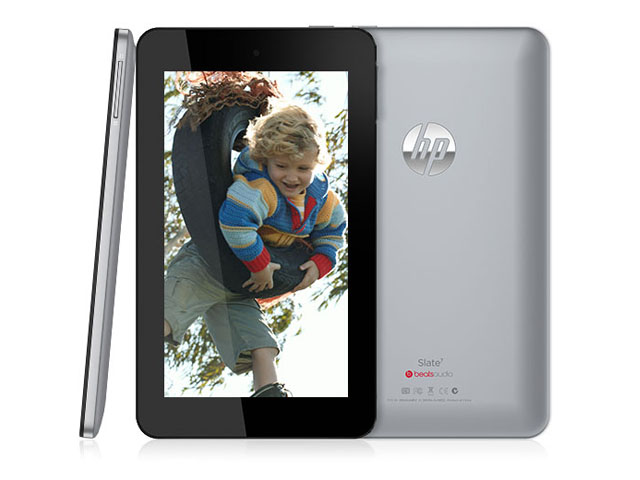 blog If there’s one thing we like more than hot new gadgets entering the Australian marketplace, it’s inexpensive hot new gadgets, and this appears to be precisely what global tech giant HP is about to deliver with the Australian launch of its Slate 7 Android tablet. Spec-wise the model appears to be quite close to the popular Nexus 7, but the design choices here remind us a little more of the iPad. In any case, it’s coming soon. Ausdroid reports (we recommend you click here for the full article):

“Retailers confirmed by HP today include Harvey Norman, JB Hi-Fi, The Good Guys and Radio Rentals. Pricing has been confirmed at $199 for the 8 GB model and $249 for the 16 GB model, putting it at pricing parity with the 16 GB Nexus 7.”

It’ll be interesting to see how HP’s first Android tablet effort is received down under. Early reviews of the model suggest it’s pretty competitive with rivals, but may not have the best screen in the world. We’ll reach out to HP and see if we can get a unit into the Delimiter labs for testing.