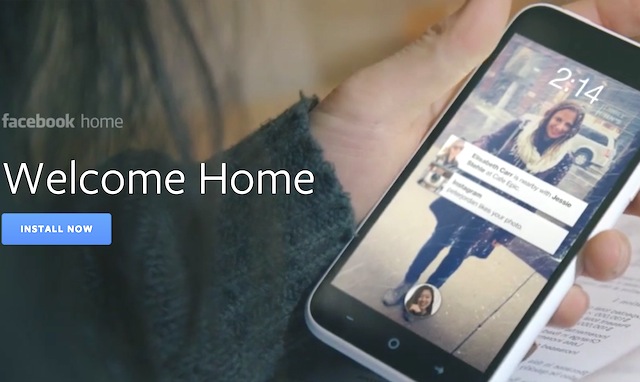 blog It’s only been two weeks since Facebook launched its Facebook Home home-screen replacement for Android phones, and hours since it was launched in the UK. But as privacy advocates wrestle with the ever-increasing efforts of Web giants bent on collecting and utilising personal information to line their own pockets, some in the security community are calling for companies to ban Facebook Home for the myriad and untested security vulnerabilities they fear may be hiding inside it – as well as the usual concerns over Facebook’s (often-questioned) privacy.

In interviews with security industry publication CSO, several security experts suggested that companies should be very wary of employees giving the new platform – which intimately binds itself to the Android platform – access to their company networks, particularly in companies with formal bring your own device (BYOD) policies:

“That’s the first thing I would block on my network”, Chester Wisniewski, a security advisor for Sophos, said of Facebook Home. The first problem is the unknown. Because security professionals outside of Facebook have not tested the app, no one knows whether it contains vulnerabilities that a hacker could use to install malware. “It just has higher threat levels, because we just don’t know,” said Jack Gold, analyst and founder of J.Gold Associates. “It’s an Android device under the covers, but what has Facebook done?”

Read the full story for even more reasons to be scared of Facebook Home, particularly since Bloomberg reports that the world’s largest social network is apparently well advanced in discussions about bringing the Facebook Home concept to Apple’s iOS. All hail our new overlord, Mark Zuckerberg!